Pedro Neto was delighted to have scored the 95th minute goal as Wolves got back to winning ways in the Premier League with a stunning comeback against Chelsea at Molineux.

The Portuguese forward had been a thorn in the Blues’ side for much of the contest and having had a penalty decision for him be reversed mid-way through the second-half, the 20-year-old got his reward late in the game.

After being played through the defence by Vitinha, Neto made no mistake with his finish, sending a powerful strike into the bottom corner to secure the three points for his side.

On snatching a last-minute winner

“It was very important. We came from two losses, but we are very happy with the game that we have done. I’m happy for the team. The work that the team did, it was amazing.

“We came here today with a joy and we want to win so much that we work so hard. We were down for one goal, but the mentality of this team is to continue and to get the three points and we are very happy.

On fighting back against Chelsea

“It’s very difficult. We knew that they are a good team, we spoke a lot about them in the locker room.

“We are always on in the game. We know we can win the game in the first minute or in the last minute, so we have to be on all the game,

“But even if the game was going not so well for us, we get together as a team, and that is what we’ve done to get the three points.”

On VAR overturning the penalty

“I will be honest, for me, even the ref, he heard the touch, but it was his decision.

“We can’t do anything about that, we only want to work on what we control, so we passed the penalty, we got the victory, and that’s what is important this time.” 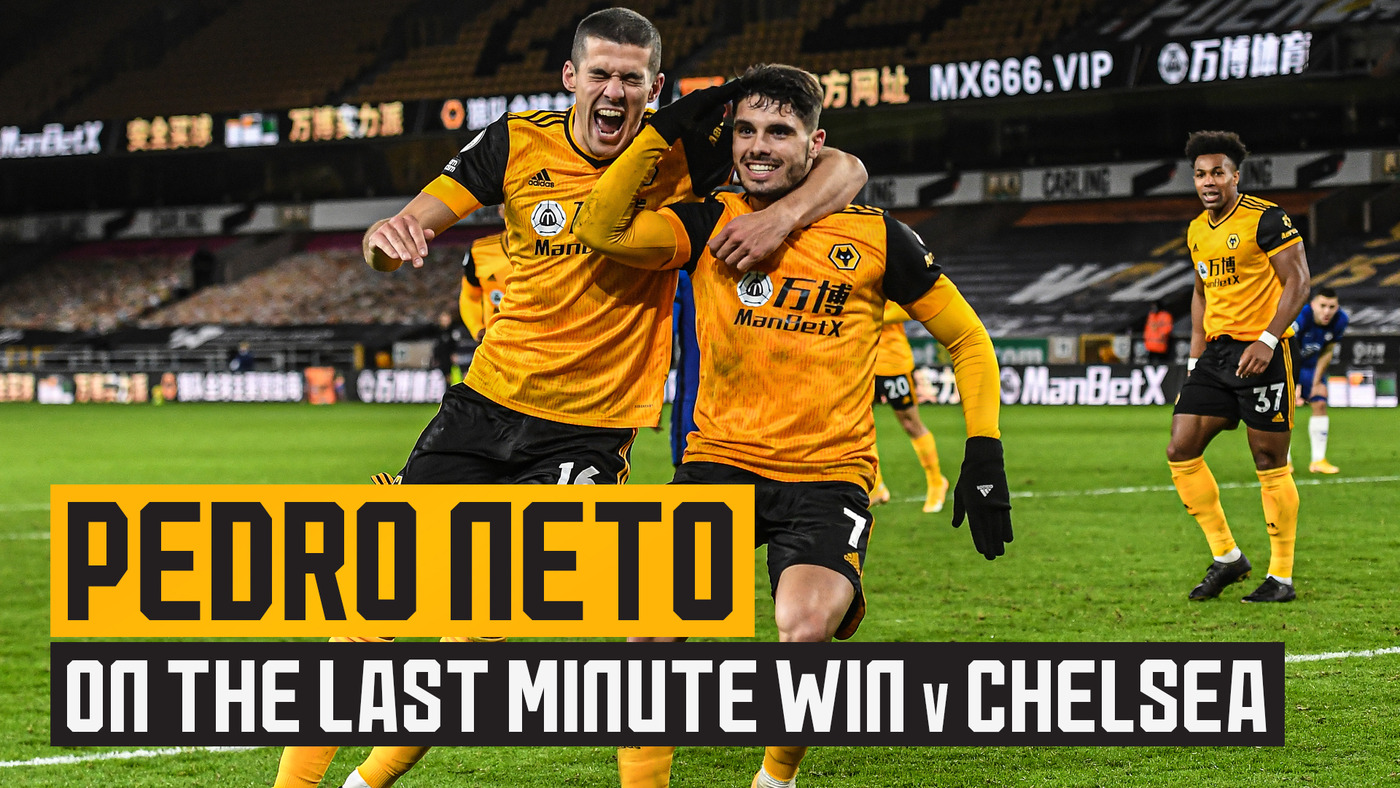 On the impact of the substitutes

“We are very happy with this victory and we are already focused on the next one.”

On possible return of fans to Molineux

“It would be amazing. We are missing the fans, these amazing fans that can help us a lot, so we are looking forward to this.”