5 things to know | Wolves vs Chelsea

It’s a quick turnaround for Nuno Espirito Santo and his Wolves side, who turn their attentions to Chelsea on Tuesday night. Here are five things to know before kick-off at Molineux.

The dying embers of Saturday’s defeat to Aston Villa will be quickly removed from the memory of anyone with a Wolves association, but Nuno’s side will suffer the consequences on Tuesday. That’s because in one of the final moments of the game, Joao Moutinho received his marching orders for the first time in Wolves colours and will now miss the Chelsea fixture through suspension. The Portuguese’s trip on Jacob Ramsey under the nose of Mike Dean earned him a second yellow and, therefore, a one-match suspension.

Moutinho’s absence could open the door to Ruben Neves, who has only started one of Wolves’ last three fixtures. The midfielder played the final ten minutes of Saturday’s reverse to Villa but will be eyeing a return to the team alongside Leander Dendoncker on Tuesday evening.

2. Reactions required across the board

In terms of results, both clubs come into the contest on the back of defeats, so will be looking to set the record straight. Nuno was pleased with his side’s performance at the weekend and Conor Coady said post-match of how Wolves had responded to the heavy defeat at Liverpool, but with one win in five, both will want the results to follow soon.

As for Chelsea, their defeat on Saturday was a more unfamiliar feeling, as it was their first reverse in 17 matches. Gylfi Sigurdsson’s penalty condemned Frank Lampard’s team to defeat at Everton on Saturday evening, when a win would have in fact taken the Blues top of the pile. Chelsea have lost just twice all term and Lampard spoke of bouncing back during his pre-match press conference on Monday afternoon.

In that loss at Goodison Park, Chelsea were without influential wide man Christian Pulisic, who has been suffering with a minor hamstring injury. Lampard confirmed the USA international will be part of the squad at Molineux, but whether he’ll start is still undecided. The news is a boost to the Chelsea boss, who is doing without Hakim Ziyech due to a hamstring injury, after the winger made a thrilling start to life at Stamford Bridge. Elsewhere, Callum Hudson-Odoi also remains sidelined, but otherwise Lampard has a clean bill of health.

On the injury front, Nuno reported no concrete injuries ahead of Tuesday, meaning just Jonny and Raul Jimenez remain on the treatment table. 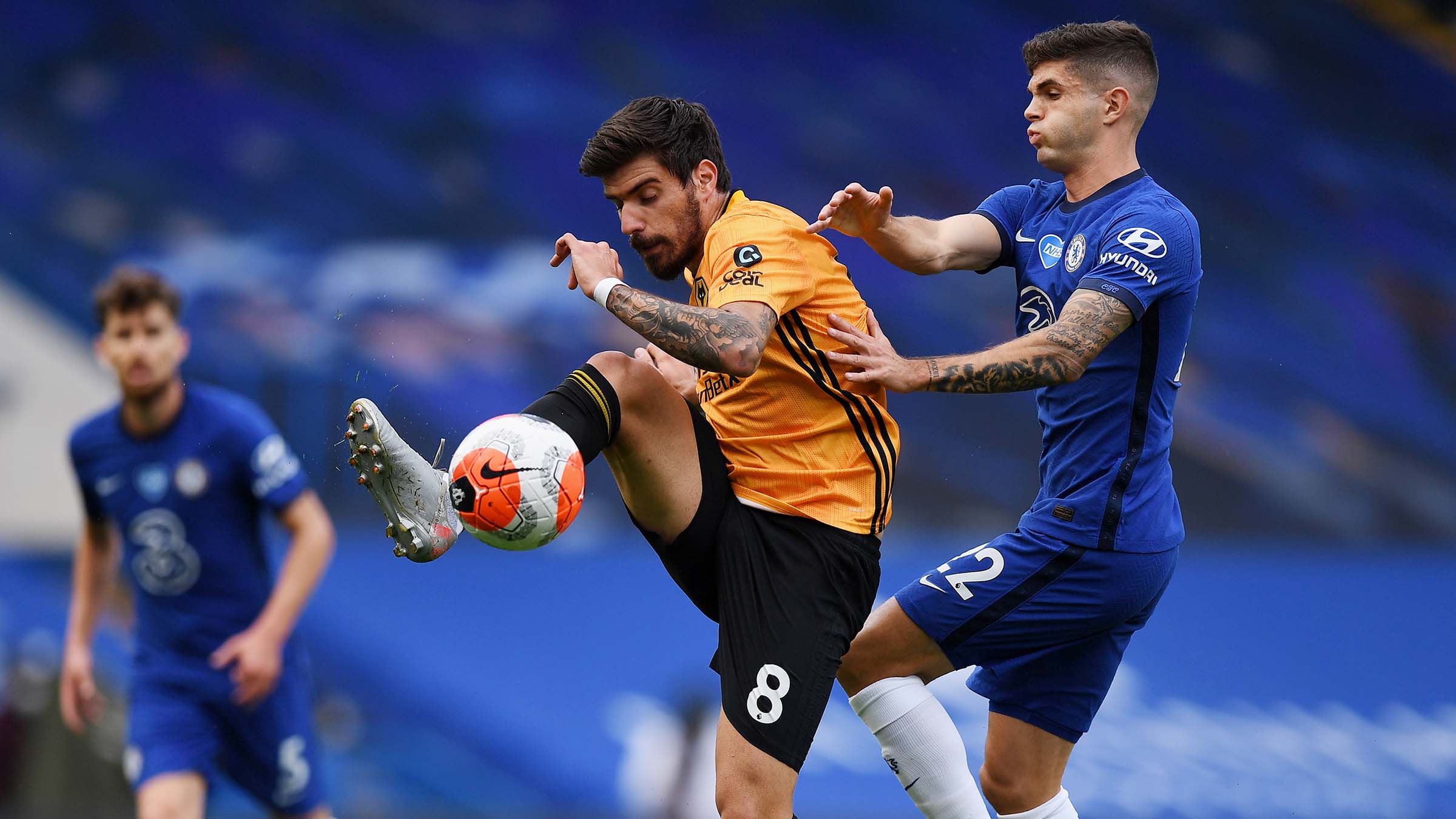 4. Chelsea at home at turning point?

Since Wolves’ return to the top flight, Chelsea at home has been a significant fixture in both campaigns by providing a springboard for unbeaten runs, which would be welcomed this time around. In December 2018, with Wolves without a win in six matches, Chelsea arrived, and Nuno’s side turned on the style. A stirring 2-1 comeback win lifted the roof off Molineux that night and was the first of a trio of consecutive wins which provided a shot in the arm to Wolves’ season.

The following season, the circumstances were similar, if not the result. Wolves had started the season without a win in their opening four matches and welcomed Lampard’s Chelsea to Molineux without peak confidence. An unusual 5-2 loss to the Blues could have hit Wolves for six, but instead inspired them. After that loss, Wolves went 11 Premier League matches unbeaten, propelling themselves up the table and into European contention.

Can Chelsea at home provide the turning points for Wolves’ fortunes once again?

5. The hunt for goals continues

As one of the division’s lowest scorers, and without a goal in two matches, Nuno will want his squad as a whole to step up in front of goal. They can’t be accused of not trying – the old goal had 16 efforts on the Villa goal on Saturday without success, so fine-tuning that clinical streak will more than likely result in more points on the board. Nuno insists the goals must come from across the team. Adama Traore is without a goal or assist in 19 league matches, after racking up nine goal involvements in the 19 before that. Leander Dendoncker passed up a presentable opportunity to get off the mark for the season, while Daniel Podence, Romain Saiss and Nelson Semedo all had efforts on goal, without success.

Another man mighty unlucky not to score on Saturday was Fabio Silva, who struck the inside of the post after the break. At 18 years 146 days old, the forward became the second-youngest player to start a Premier League game for Wolves after Anthony Forde, who was 18 years and 41 days old when he took on Arsenal in December 2011. If the Portuguese can add goals to his endeavours, he’ll provide a huge boost to Nuno and his team.