Monday evening’s score draw with Southampton, playing four at the back for the first time under Nuno and Conor Coady’s absence were just some of the topics discussed on the latest episode of Wolves’ Matchday Live Extra show.

Also joining the panel were special guests including former Southampton full-back Francis Benali, who offered the perspective of the visitors ahead of Monday Night Football, and ex-Wolves defenders Neill Collins and Kevin Foley, as the team discussed Alex McCarthy’s impressive performance in the Saints’ goal and Pedro Neto’s impact off the bench.

Thompson said: “It’s not just the way that he plays the game and his passing ability, it’s his organisation, which is a massive loss. The way that he commands his back line and the people in front of him, and he leads by example as well.

Ikeme said: “He’s been incredible since he slotted into that back three and you heard the interviews in the week from Declan Rice saying how big of a member he is in the England squad in the changing room, you always see it on the pitch with how vocal he is, so it’s a massive loss.”

On earning a draw

Ikeme said: “I think it was a fair result in the end, but we could argue that we maybe edged it with chances, but Theo Walcott had a good chance to make it 2-0 as well.

“We started the second-half well, but we then looked a bit disjointed. When Neto came on, it gave us a burst of energy again and we looked good. I’ve been really impressed with Southampton so far this season, and I know we expect to win games against Southampton, but it was a fair result on the whole.”

Iwelumo said: “I don’t disagree with the big man very often, but I have to disagree. I felt it was an opportunity missed. We created enough chances and there was some real quality – Moutinho’s dink over the top for Jimenez, the Neto one that’s blocked – we had so many opportunities.” 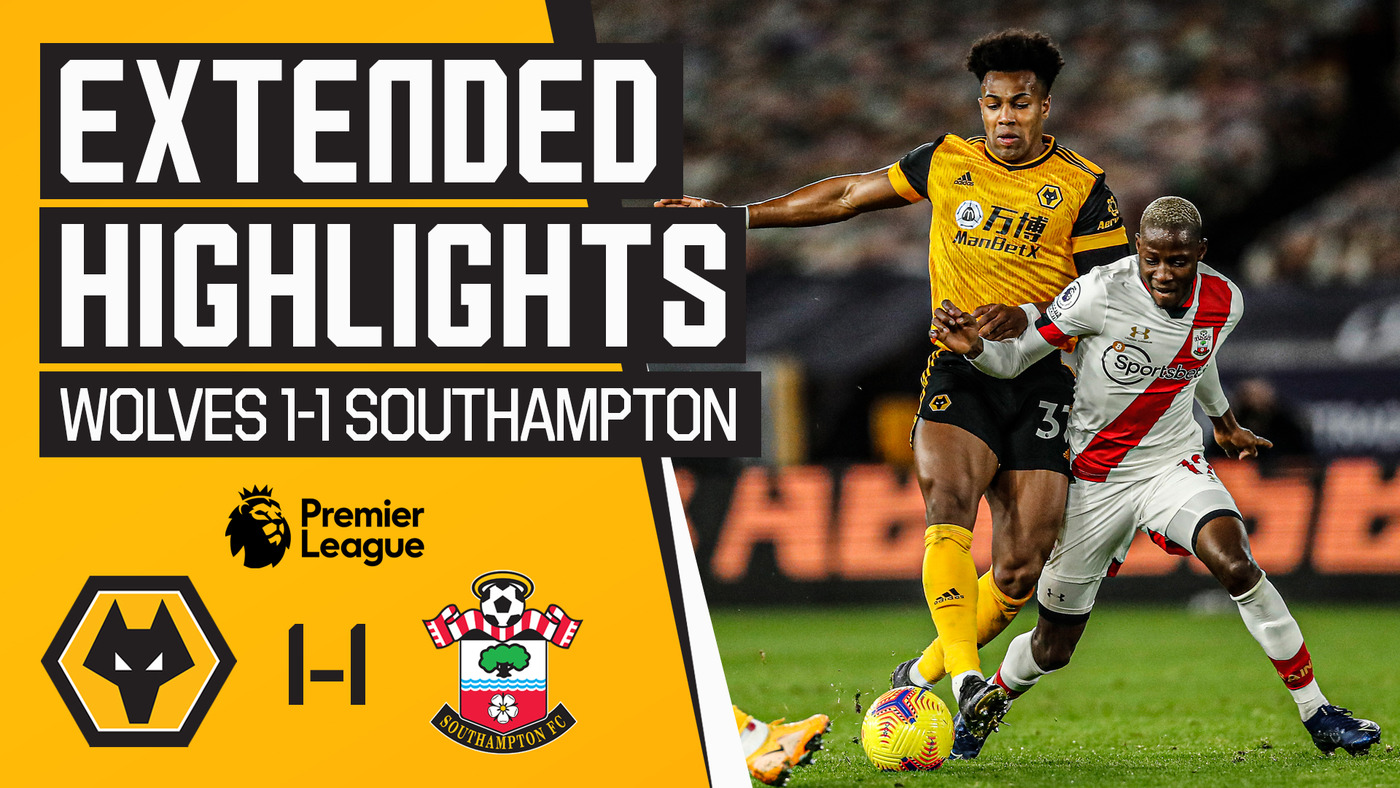 On an improved attacking performance

Iwelumo: “Looking at the positives, Neto came on and did his job, Traore looked back to himself apart from that final pass letting him down sometimes, but we did create chances – 10 in the first-half and 10 in the second.”

Thompson said: “As the game went on, I thought Traore got better and better and was a real threat down this right-hand side. A couple of times he’s pulled balls back that just haven’t fallen for us and there were two or three chances that we could’ve had off that.

Ikeme said: “Both teams had clear cut chances – they had one with Theo Walcott and we had one with Dendoncker. If any team is disappointed, I think it would be us, but there were a lot of positives to take from the game.”

On McCarthy keeping Wolves out

Iwelumo said: “We’ve had chances and that was probably the most disappointing thing. Kemes asked Francis Benali about Alex McCarthy before the game and for me, he’s made some outstanding saves.

“He’s seen the space at the near post, he’s tried to feel it in there and McCarthy never knew much about it, but he got a good shoulder on it. He tried to make himself big and he got very lucky that he put that one over the bar – and that’s the difference.”

Ikeme said: “I thought Neto was really good when he came on, forcing a good save from McCarthy and I thought he lifted us. He changed the game a little bit and gave us an injection of energy that we needed.

Iwelumo said: “As a manager, at 1-0, you’re going to lose the game anyway, so you have to take risks that could affect the game in your favour. Bringing Neto on, you’re wanting him to stay up the pitch as high as he can, and I thought he was excellent when he came on.

“He has been ever-present and doing his job, and eyebrows were raised when he wasn’t starting, for the fact that he’s been doing so well, and he said to the manager, ‘Leave me out, but I’ll be at the right place to score goals’ and he was in the perfect position to get the goal.” 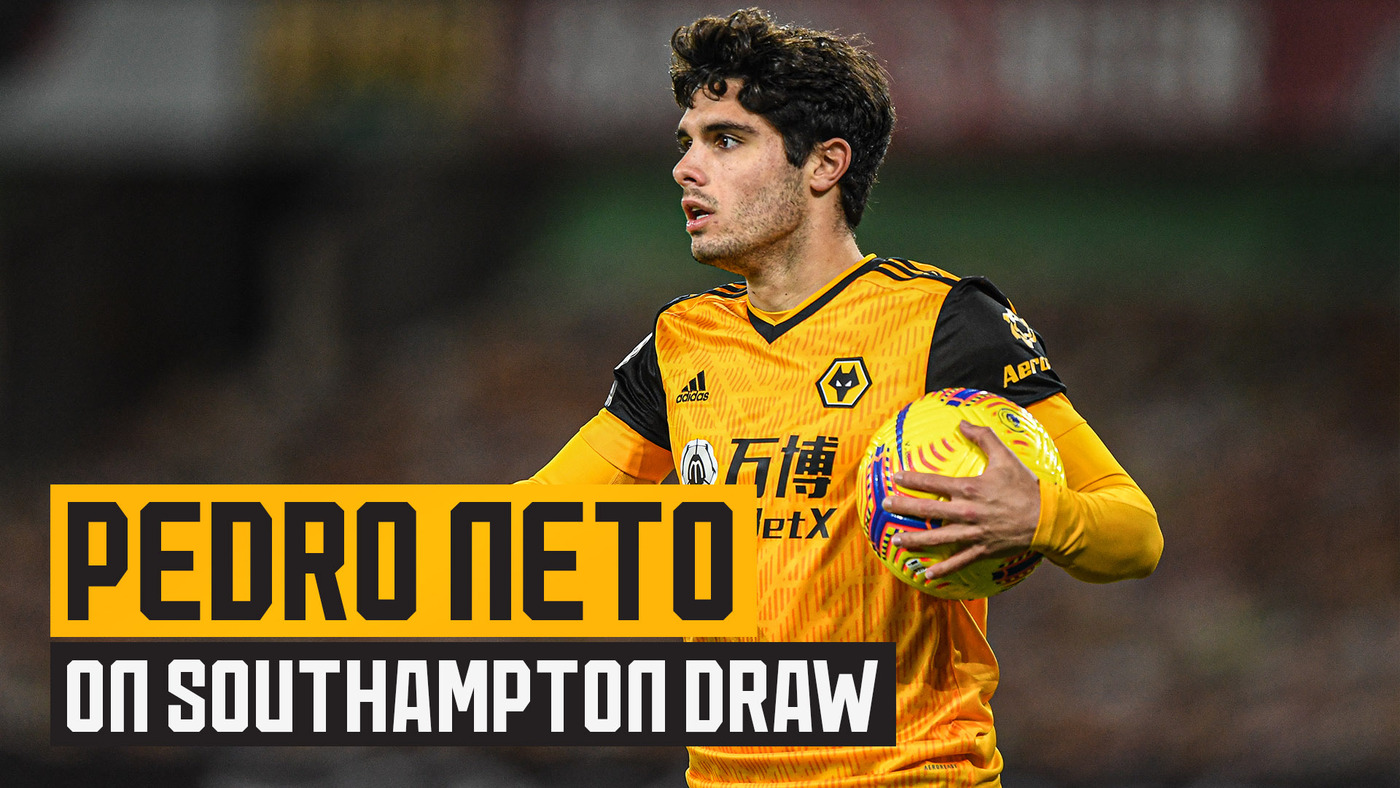 On four at the back

Ikeme said: “The formation has fooled all of us and shows what we know! But we looked comfortable in that formation as well. I’d have liked to have seen us move the ball about quicker at times, but we showed that we could play another way.

“We don’t normally play that formation, but I’m sure that if we worked on it, we’d look even more comfortable. It’s good that we can change things when we need it, because I think we caught Southampton off guard, especially in the first-half.”

Iwelumo said: “I’m really impressed with the shape. I see 4-1-4-1, with Neves and Moutinho getting a lot of the ball and Kilman and Boly as a centre back pairing did really well. I quite like the formation and it shows that we have that versatility all over the place.”