5 things to know | Leicester vs Wolves

For the final fixture of the latest cycle of Premier League fixtures, Wolves head to Leicester City on Sunday, and here are five things to know before the 2pm kick-off.

Although at the start of each season a cluster of clubs aim to break the mould and join the traditional top six in Europe, in the last two seasons it’s been Sunday’s clubs who’ve achieved that. Wolves and Leicester have enjoyed a taste of the Europa League either side of the short summer break and look well placed for another assault on the upper reaches of the Premier League this time around.

Wolves have finished seventh in the previous two seasons, while Leicester broke into the top six themselves last term, in fifth place. It meant the Foxes were in Europa League action as recently as Thursday, so Wolves will hope some fatigue may set in, but given how Nuno Espirito Santo’s side dealt with such challenges last term, they won’t be pinning too much hope on that factor. European qualification will be the hopes of both sets of supporters once again this season.

2. Goals to flow this time?

In the two meetings between the clubs last season, they couldn’t be separated in terms of points, or even clean sheets. Both contests finished goalless, but not for the want of trying, with Wolves twice denied winners by the narrowest of VAR margins – Leander Dendoncker at the King Power Stadium and Willy Boly at Molineux.

However, that result looks unlikely this time around, given both sides’ positive starts to the new campaign. Wolves have gone 16 Premier Leagues without a 0-0, dating back to March and the final game before lockdown against Brighton & Hove Albion. Leicester themselves have enjoyed 14 games without a stalemate, their last 0-0 coincidently also coming against the Seagulls quickly after the June restart.

Leicester’s fitness department will currently have their focus on Jonny Evans, who has been struggling since an awkward fall against Arsenal a fortnight ago. Like Brendan Rodgers predicted, the Northern Irishman missed Thursday’s Europa League tie with Braga, but the manager also stated: “He'll hopefully be okay for Wolves.” Definitely missing out on Sunday are Ricardo Pereira (ACL), Wilfred Ndidi (adductor), Caglar Soyuncu (adductor) and Timothy Castagne (hamstring).

Wolves’ own injury concern comes with Marcal, who missed last Friday’s win over Crystal Palace through injury. The Brazilian had returned from a previous problem to make substitute appearances against Leeds United and Newcastle United, but missed out all together against the Eagles, opening to door for Rayan Ait-Nouri, who took his chance with a goal and clean sheet. Considering Romain Saiss’ performances in that role, and Jonny’s eventual return, Wolves are wealthy in left-wing-back options.

While the need for a 0-0 draw won’t be high on the desires amongst Wolves and Leicester fans, for FPL managers further afield, it’s an ideal score. That’s because the most owned players from both teams are defenders – Romain Saiss and James Justin.

21.8% of managers own Justin, who has played every Premier League minute for the Foxes. 20.6% have taken Saiss, but they will have been disappointed to see him remain on the bench last time out. Unsurprisingly, Raul Jimenez (17.6%) and Jamie Vardy (20.1%) are next in line for most picked in both camps. So, maybe a 0-0 isn’t so desirable after all? 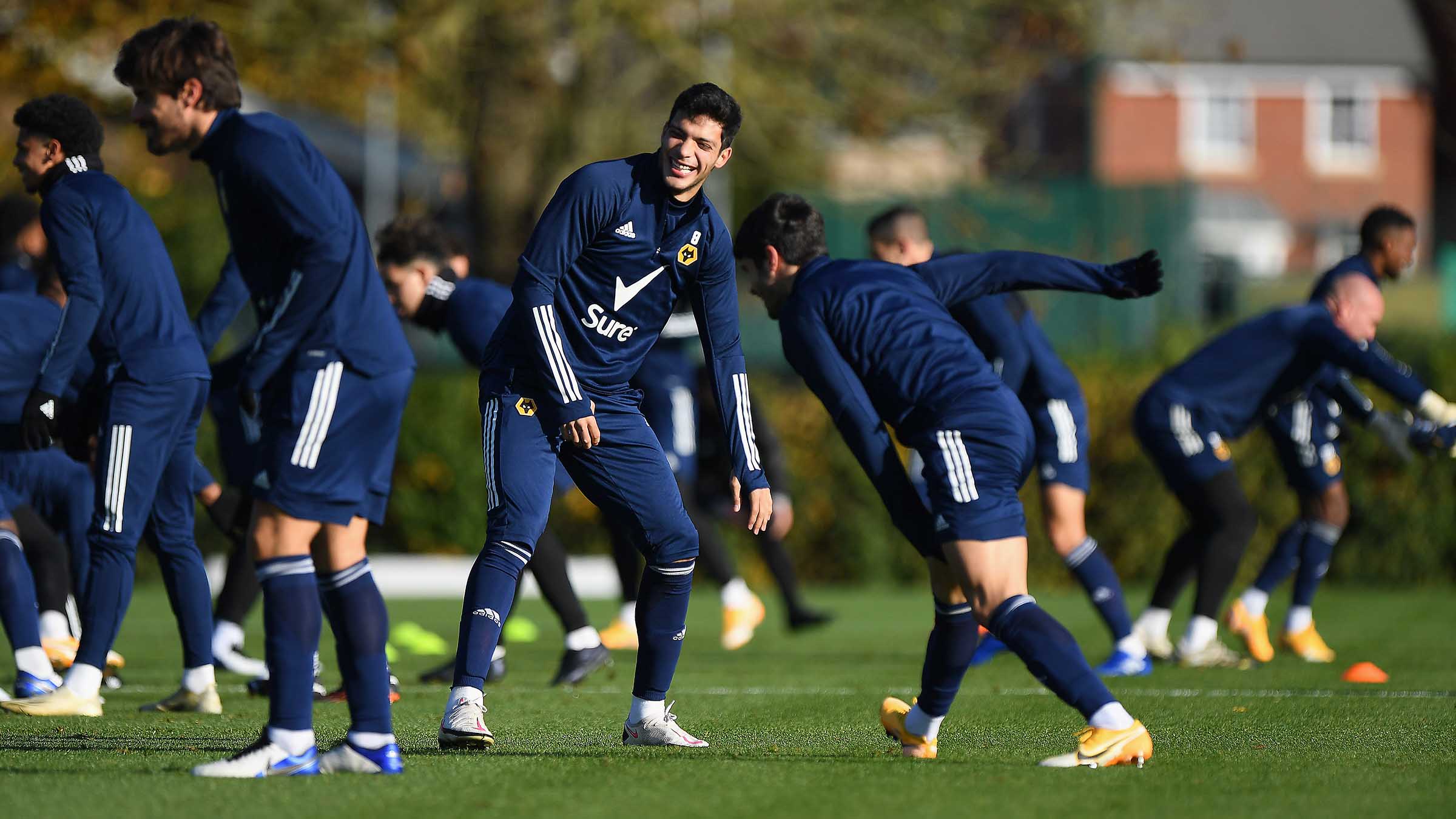 It’s been some week for Pedro Neto. A week ago, he put in a brilliant performance and provided an assist for Daniel Podence in Wolves’ success over Crystal Palace. On Tuesday the youngster was rewarded with a new contract, keeping him at Molineux until 2025. Then, on Thursday, Neto received his maiden senior international call-up, meaning he’ll be linking with Rui Patricio et al in the Portugal squad following Sunday’s game at the King Power.

Ahead of the final, but hopefully successful part of his week, he said: “We have Leicester coming. It will be a difficult game, the way they are playing, the way they played last season shows the value of their team. This season I think they’ve come stronger because it’s almost the same team. They developed their game, it’s the same manager, and it will be very difficult, but we are developing our game, we are very strong, and go to the game to win.”

What a week for Pedro Neto! 😆