Successive 1-0 victories in the Premier League have rocketed Wolves up the table and with plenty to read into the opening fixtures of the season, here are five things we spotted from Monday night’s victory over Leeds United at Elland Road.

Despite having much to improve on from their first five matches of the 2020/21 season, Wolves have shown the mark of a great team when they can still win even if not performing at their very best. Thanks to the opening day victory against Sheffield United and back to back 1-0 wins against Fulham and Leeds United, Nuno Espirito Santo’s men have picked up nine points from a possible 15.

In doing so, they have become the first Wolves side in Premier League history to win three of their opening five games, as well as earning that achievement in a top-flight campaign for the first time since 1979/80, when a John Barnwell gold and black side finished the First Division in sixth position. 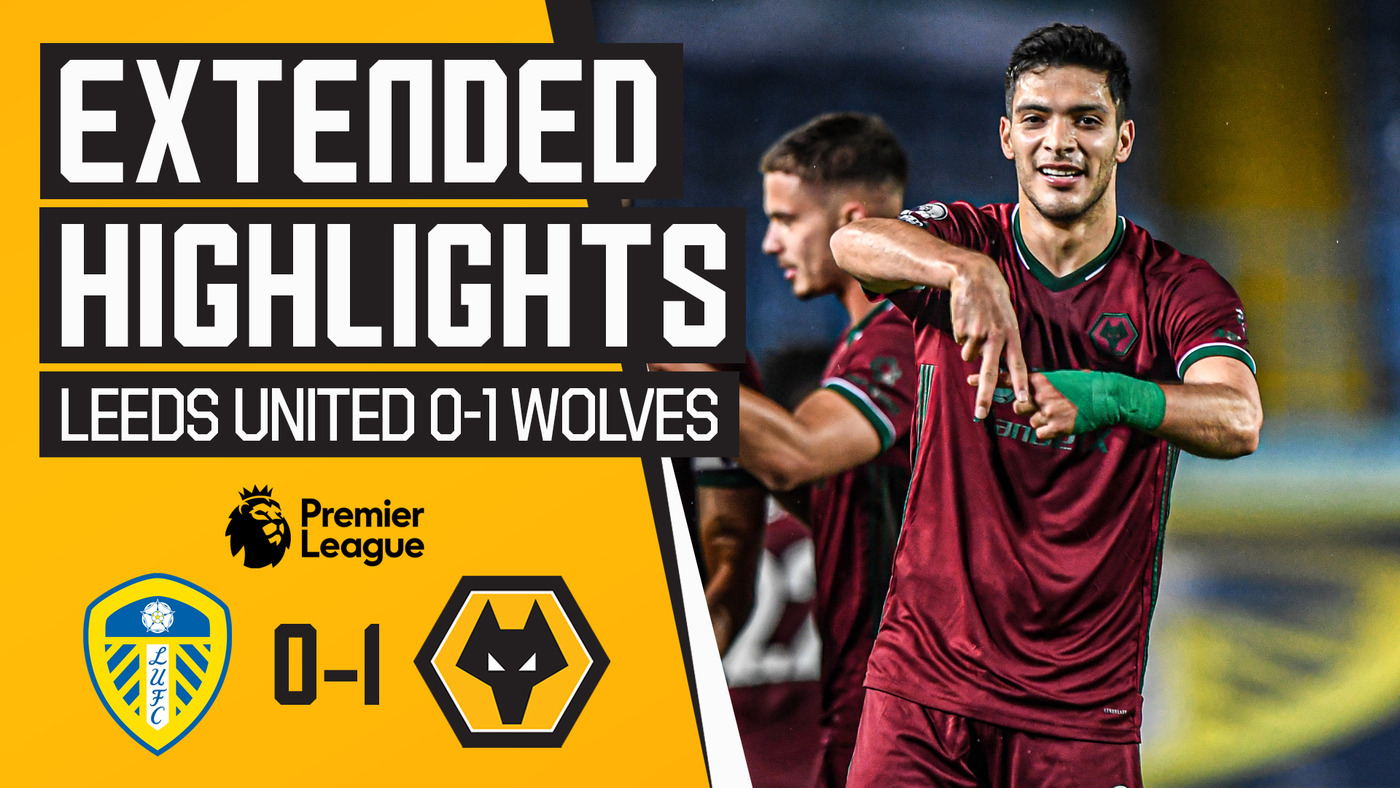 The records kept tumbling for Wolves on Monday night. The old gold have now won four league meeting in a row against the Whites for the first time in 60 years when they went on a run of five wins from February 1958 to April 1960.

In tasting victory on their travels, Wolves have also broken down an Elland Road fortress that has stood for more than six months. The 1-0 scoreline was Leeds’ first home defeat in 12 games in all competitions – eight wins and three draws – since a loss by the same score to Wigan Athletic back in February. For Leeds’ last defeat at their home stadium in the Premier League, you have to go all the way back to April 2004 and a 2-1 loss to Portsmouth (although they haven’t played many more top-flight games at Elland Road since then!).

Monday Night Football gave the world a chance to see Wolves step out in their new third kit for this season. The popular kit smashed multiple club records in its first day of pre-order sales, beating a record set by the 2019/20 home shirt by six per cent. The maroon number also achieved 156 per cent more sales on launch day than last season’s away kit – which went on to become the biggest selling non-home kit the club have ever produced.

After being revealed for the first time in front of the Sky Sports cameras it wasn’t a surprise to see the responses to the stunning outfit on social media, with many thousands of spectators noticing the similarity in colours to the Portuguese national team. With Wolves currently boasting five senior members of the Portugal squad and several others in the youth categories, the third kit certainly makes them feel right at home. 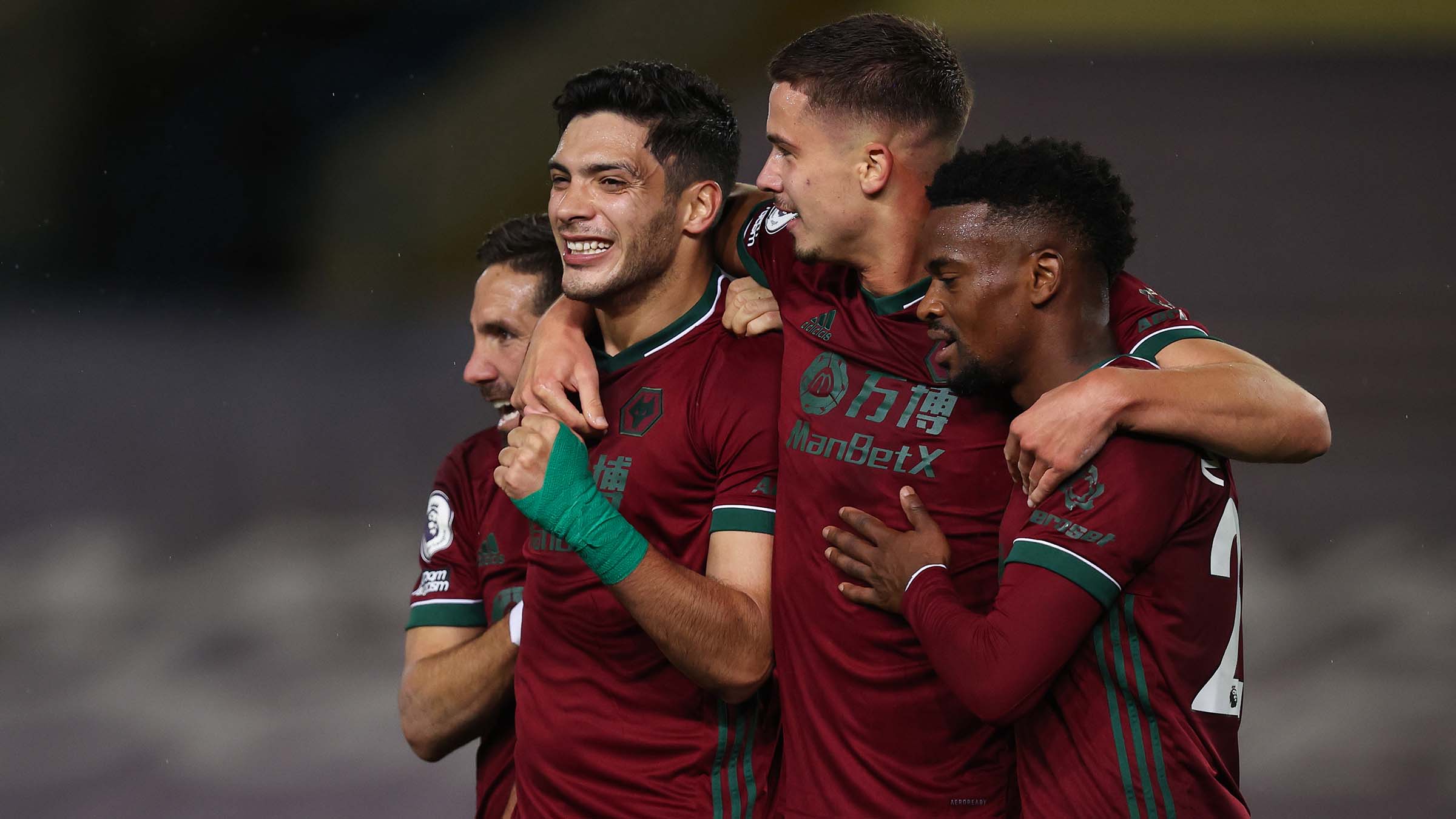 When the team line-up was announced for the last Premier League match at Molineux against Fulham, there was one name on Nuno Espirito Santo’s starting 11 which came as a surprise to many supporters – Maximilian Kilman. Playing at his more comfortable position of left centre-back, Kilman’s inclusion in the side saw Romain Saiss move out to left wing-back, and having performed admirably in just his third top-flight start, it was no surprise this time round that the former England futsal star was back in the team again on Monday night.

Impressing against Fulham – ranking first among his teammates for touches and pass success and second in completed passes and key passes – he was even better against Leeds. A man of the match performance saw the 23-year-old set up Raul Jimenez for the only goal of the game – his first goal involvement in his 14th game for Wolves in all competitions – make the most clearances in the match, gained possession eight times and won 100 per cent of his duels. 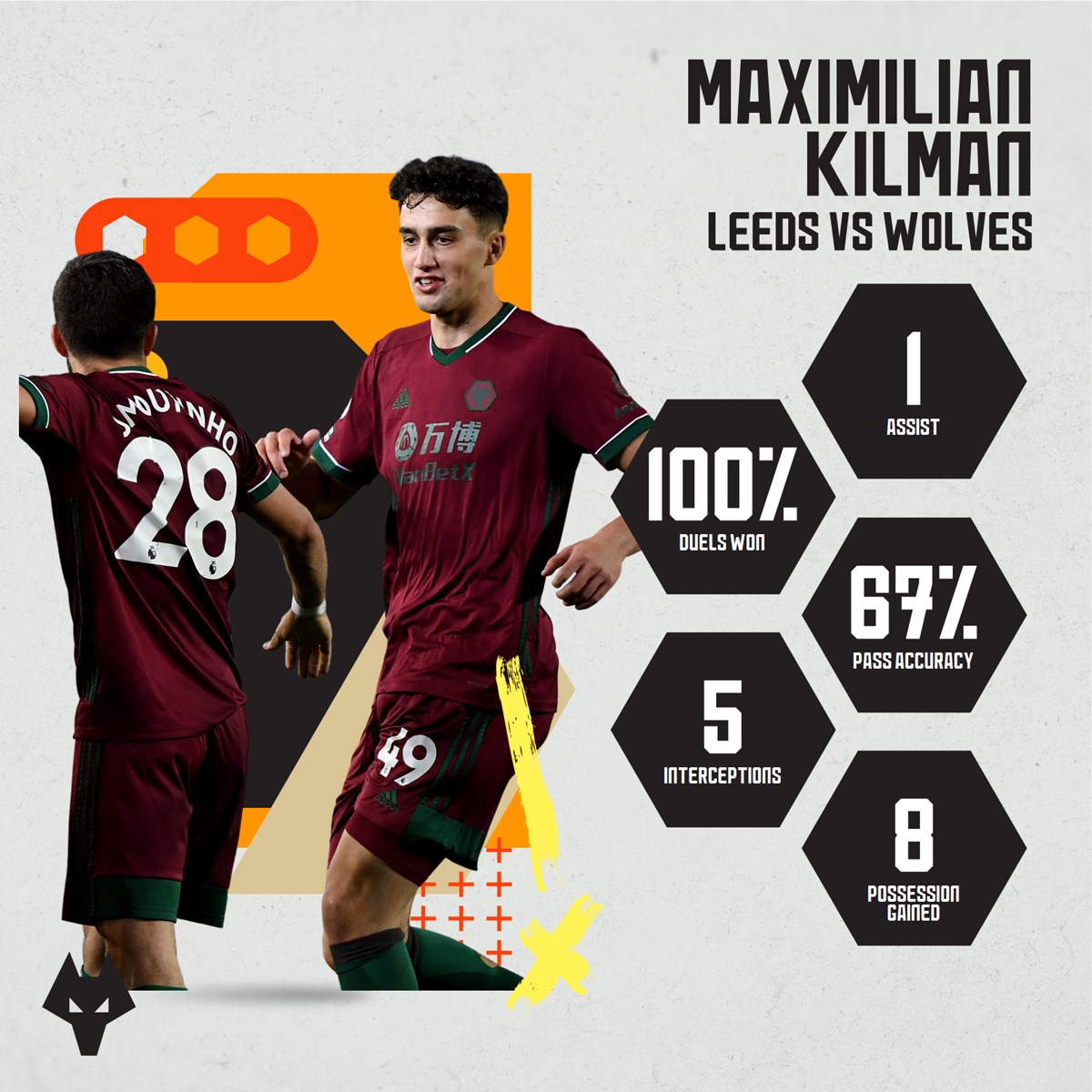 It’s been a dream month for the Wolves captain. If making his second England start and his first at Wembley Stadium against Wales wasn’t enough, he only went and became the first Wolves player to score for the Three Lions since Steve Bull back in 1990, with a goal which delighted not only Coady – who was visibly overjoyed – but the nation. Not only that, but he also got handed the captain’s armband on just his second cap, to become the first Wolves and England captain since fellow former Liverpool man Emlyn Hughes.

Seeing what it meant to Coady to put on the Three Lions shirt in both his goal celebration and his post-match interview endeared him to millions of new fans, and his interview with Sky Sports following the win over Leeds just cemented the country’s love for the old gold skipper even further – watch his hilarious interview again here! A role model for all young people – and even his fellow professional footballers – to follow, he is clearly having the time of his life at Molineux and with his national team. How can anyone not love Conor Coady?!