Wolves travel to north London to take on Tottenham Hotspur on Sunday afternoon, with Nuno Espirito Santo’s side hoping to leapfrog their opponents in the Premier League table if they were to bring all three points back to Wolverhampton, but here are five things to know ahead of tomorrow’s match.

1. KINGS OF THE CAPITAL

Although it’s Wolves’ first visit to the new Tottenham Hotspur Stadium this weekend, Nuno’s men are no strangers to trips to the capital. In fact, his side are unbeaten in their eight Premier League matches in London since promotion in 2018, winning three and drawing five. This is Wolves’ longest undefeated top-flight run in London since an 11-match sequence between 1972 and 1974. Wolves will close that record to just two games if they were to get at least a draw on Sunday, but if they were to claim three points against Spurs, it will be the first ever time a Wolves side has won back-to-back away league games against Tottenham, following the 3-1 victory for the old gold at Wembley in December 2018. However, last season's win is Wolves' only triumph in seven league games against Spurs. 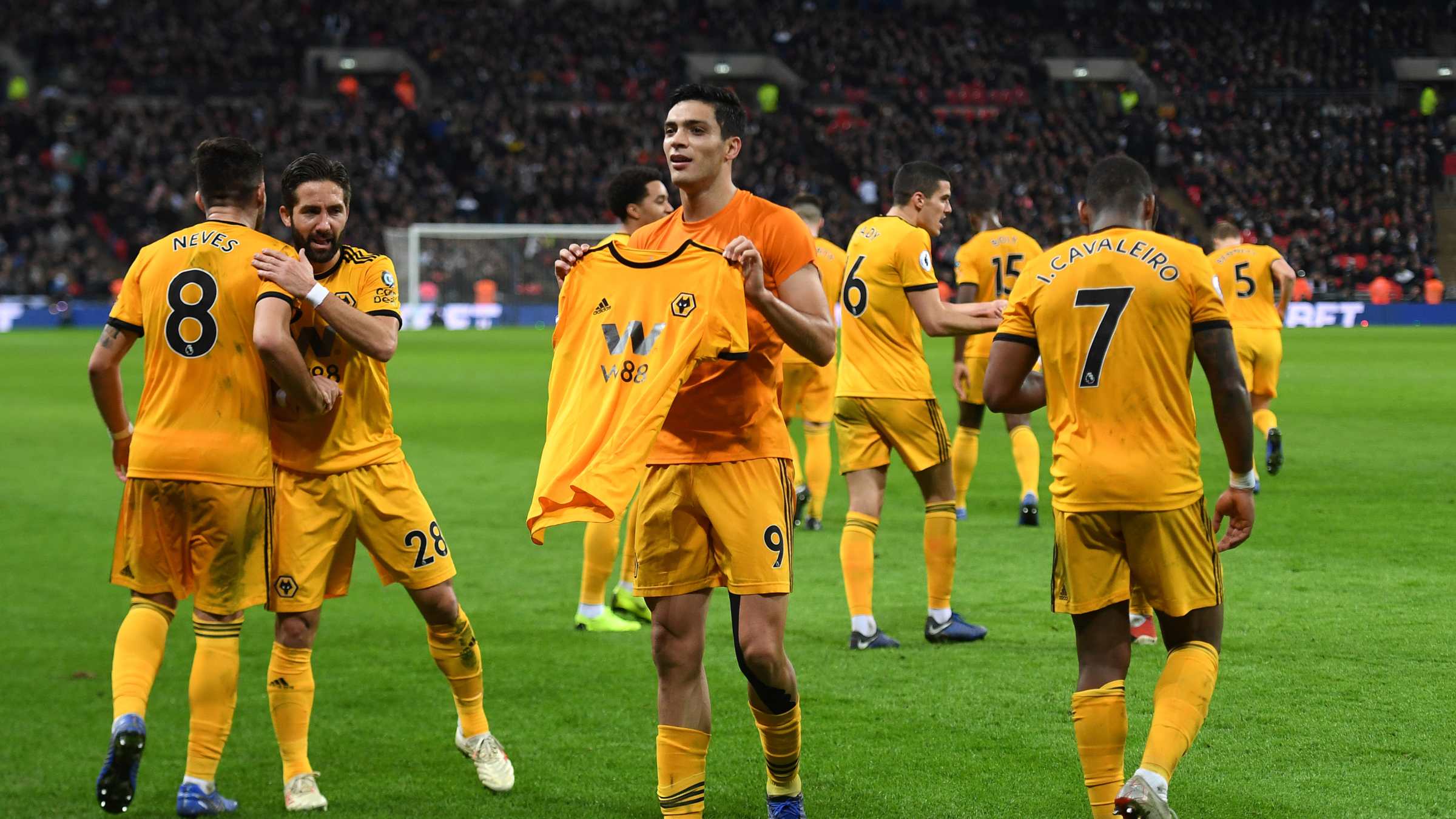 2. A MATCH OF MILESTONES

Wolves could reach more milestones – both positive and negative – on Sunday. A defeat would be the club’s 100th in the Premier League era, while a start for Matt Doherty would mark his 250th league appearance for Wolves. The Irish wing-back has been the only presence of this Wolves squad compared to the last one to take part in the top-flight back in 2011/12. However, in a season where Wolves were relegated from the Premier League, Doherty made just one 45-minute substitute appearance in a 2-1 defeat against Liverpool at Anfield, replacing Richard Stearman at half-time. He has since been an almost ever-present in gold and black, missing just two of the 63 matches since the club was promoted back into the top-flight in 2018.

3. IMPROVING AT BOTH ENDS

In recent weeks, a change in the formation has played dividends to Wolves’ fortunes, as Nuno’s side took maximum points from their clash with bottom-of-the-table Norwich City last weekend in a comfortable 3-0 win. Before that game, Wolves were without victory in their previous four. Although Wolves had kept two clean sheets against Manchester United and Leicester, they were struggling for goals up the other end, but against Norwich it all clicked into place. By not conceding, Wolves made their third consecutive Premier League shutout, as many as they had in their previous 23 games in the competition, helped by the return of Willy Boly, with the defence conceding just one goal in the last six games the Frenchman has played in. Up the other end of the pitch, Raul Jimenez has scored 12 goals in 27 Premier League games this season, just one fewer than he managed in 38 matches last term.

4. A CHANGE OF PERSONNEL

Nuno rotated his pack for Thursday’s Europa League match against RCD Espanyol, making five changes to the side which started the win over Norwich last weekend. Maximilian Kilman, Ruben Vinagre, Daniel Podence, Adama Traore and Morgan Gibbs-White were all given starts in Barcelona, and it wouldn’t come as a surprise if Nuno was to switch his side up once again on Sunday, with Jonny the head coach’s only injury worry following the knock he picked up against the Canaries.

Spurs boss Jose Mourinho has a larger concern for injuries than his opposite number ahead of the match, with Harry Kane still undergoing rehabilitation on a hamstring injury he picked up at Southampton on New Year’s Day. Also out of this weekend’s match is Ryan Sessegnon (hip), Moussa Sissoko (knee) and Heung-Min Son (arm), but Mourinho has been handed some good news as defender Juan Foyth returned to training earlier this week after a groin injury.

The eyes of the world’s media will be fixed on Nuno and Mourinho as the pair renew rivalries this weekend. The two managers were once master and apprentice at Porto back when Nuno was Mourinho’s goalkeeper at Porto, with the pair winning UEFA Cup and Champions League titles in 2003 and 2004 respectively. Now the duo will be back facing each other on the touchlines, but Nuno insists he has nothing but admiration for his former boss.