Having waited a month for a win, two came along in the space of four days as Wolves followed up Thursday evening’s Europa League success with a comfortable three points against Norwich City at Molineux. Diogo Jota notched a double to take his tally to five in the past two games, while Raul Jimenez bagged the other, but here are five things we spotted from Sunday’s 3-0 win.

1. A GOOD DAY AT THE OFFICE

Following the recent draws with Manchester United and Leicester City, Wolves made it three unbeaten with victory on Sunday in what turned out to be a comprehensive performance from Nuno Espirito Santo’s side. Picking up from where he left off on Thursday and his hat-trick against Espanyol, Jota put his side ahead when he turned smartly in the box before firing under the legs of Tim Krul to set Wolves on their way to their biggest win in the Premier League since January 2019 – a 3-0 win against West Ham at Molineux, in which it was strike partner Jimenez who scored twice. The only time Wolves have previously won by a larger margin in the competition came in a 4-0 win over Blackpool in February 2011. 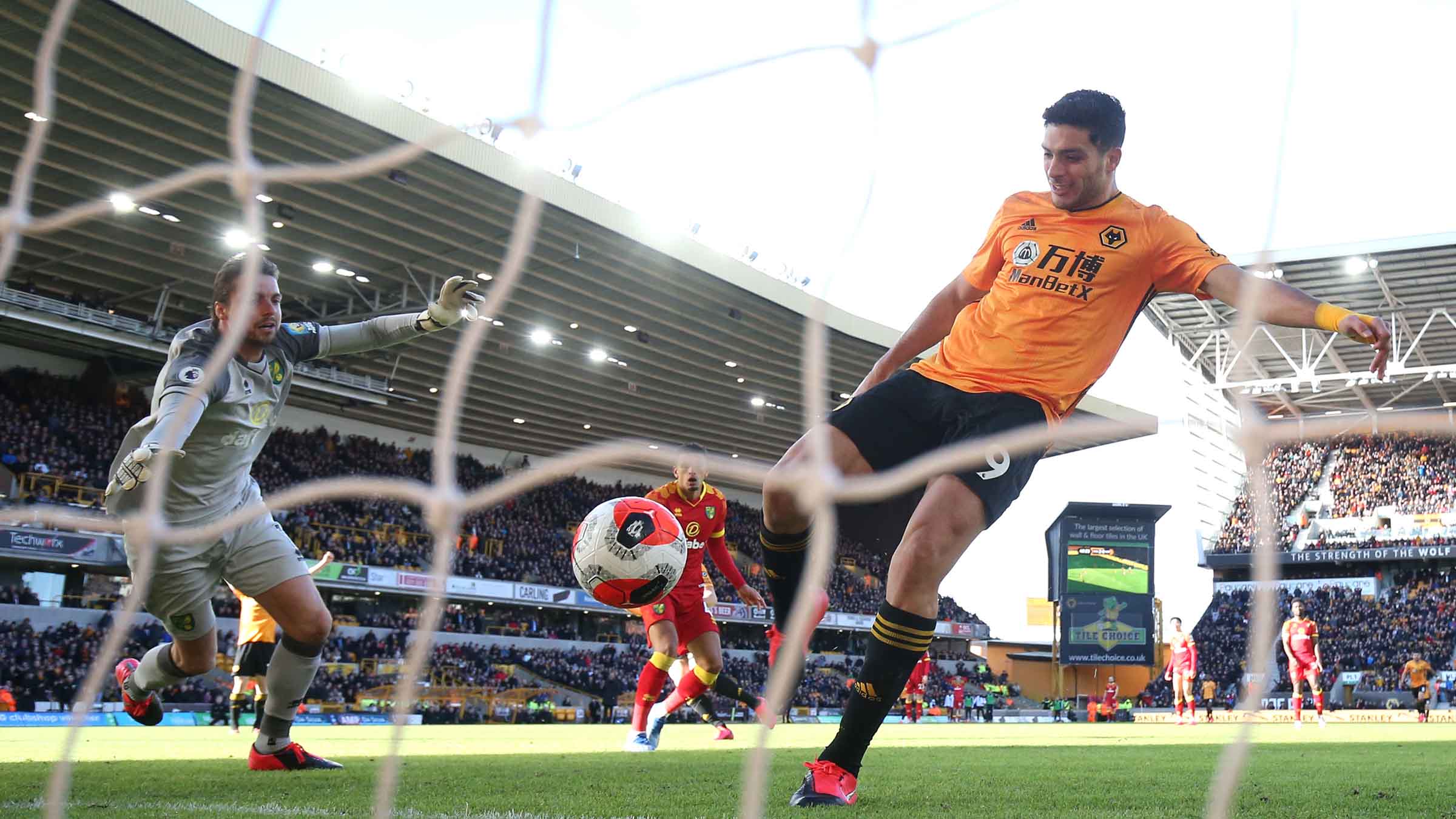 After it worked a treat in the second-half against Espanyol, the 352 system was utilised from the start by Nuno on Sunday and it had an immediate impact, as Wolves scored first in a Premier League match for the first time since the 2-2 draw with Brighton on 8th December – incidentally Jota also scored twice in that match. The change in formation saw Adama Traore drop to the bench and Leander Dendoncker come into the midfield, and allowed Jota to play centrally with Jimenez, as well as giving Matt Doherty more space down the right to make his marauding forward runs. This directly impacted the first and third goals, with Jota linking up well with Doherty and Jimenez before both strikers got their goals. The Irish wing-back thrived in the system, and has now been directly involved in 13 goals in the Premier League since the start of last season (seven goals and six assists), the third-most of any defender in this period behind Trent Alexander-Arnold (25) and Andrew Robertson (18).

Wolves are unbeaten in the 10 Premier League games when Jota has scored, picking up the victory on eight of those occasions. These stats demonstrate how important the Portuguese man is to Wolves when he is firing on all cylinders. With his double against Norwich, Jota now has 14 Premier League goals for Wolves, just one shy of Matt Jarvis’ 15, as well as four behind Kevin Doyle. He still has a long way to go if he is to catch Steven Fletcher (22) or teammate Jimenez (25). The Mexican has a unique stat himself as he has scored more Premier League goals than any other player this season without ever netting the first goal in a match.

What an impact Willy Boly has made following his return to the side from injury. The French defender has been a rock at the back for Wolves since recovering from a fractured left fibula in October, as Wolves have kept four clean sheets in all competitions in the four games Boly has featured in since his return. The three shutouts in the Premier League is the first time Wolves have kept three consecutive clean sheets in the top-flight of English football since November 1981 where John Barnwell’s men went five games without conceding to Swansea City, Coventry City, Birmingham City, Southampton and Stoke City.

After having several goals disallowed by VAR this season, including last weekend against Leicester City, Wolves supporters would have had their hearts in their mouths when Jota put their side ahead on 19 minutes against Norwich. Although it appeared the ball had glanced off the arm of Doherty before it fell to the forward, replays showed the wing-back had controlled the ball on his chest before teeing up Jota. After the match, Doherty said he certainly didn’t touch the ball with his arms. 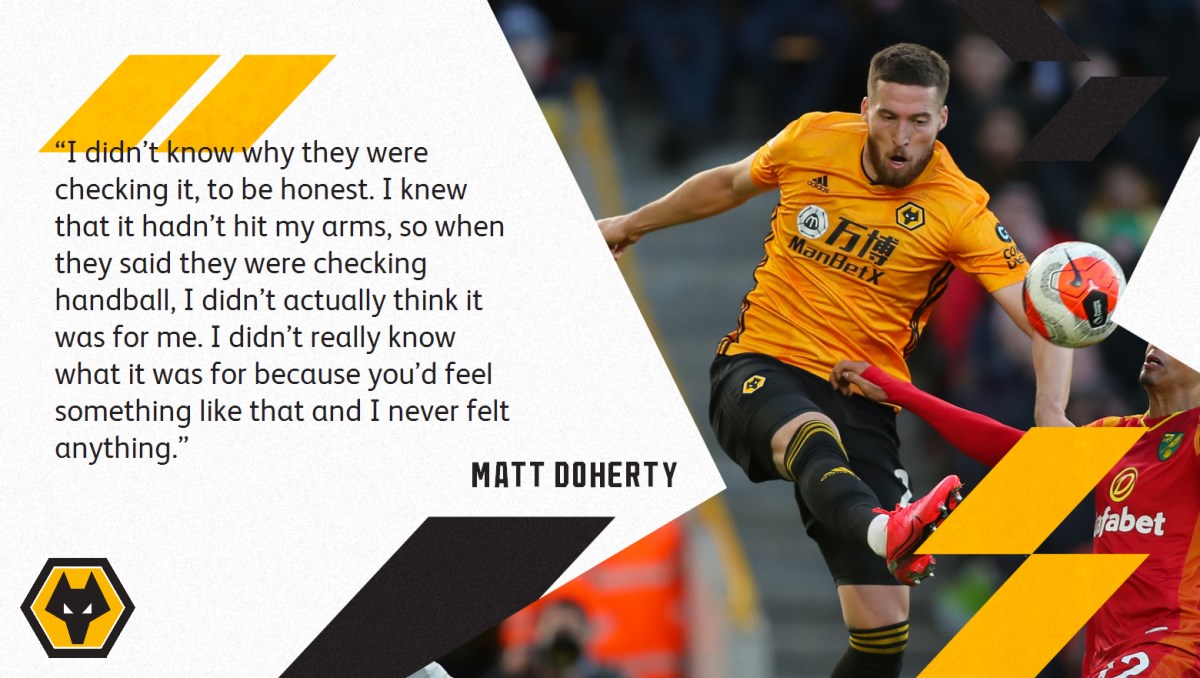