As it was in last season’s Emirates FA Cup quarter-final, Wolves welcome Manchester United to Molineux on Saturday evening for a third round tie in the competition. Here are five things to know ahead of the 5.31pm kick-off as Nuno Espirito Santo’s men get going in what they hope will be another exciting run in the competition.

In one of the most memorable matches from an unforgettable season, Wolves produced an outstanding performance to overpower Manchester United in March and reach their first FA Cup semi-final for 21 years during an atmospheric night at Molineux. Nuno’s side were rampant that evening, and the head coach will be hoping for a repeat of that night on Saturday when he invites Ole Gunnar Solskjaer and his team to the Black Country. 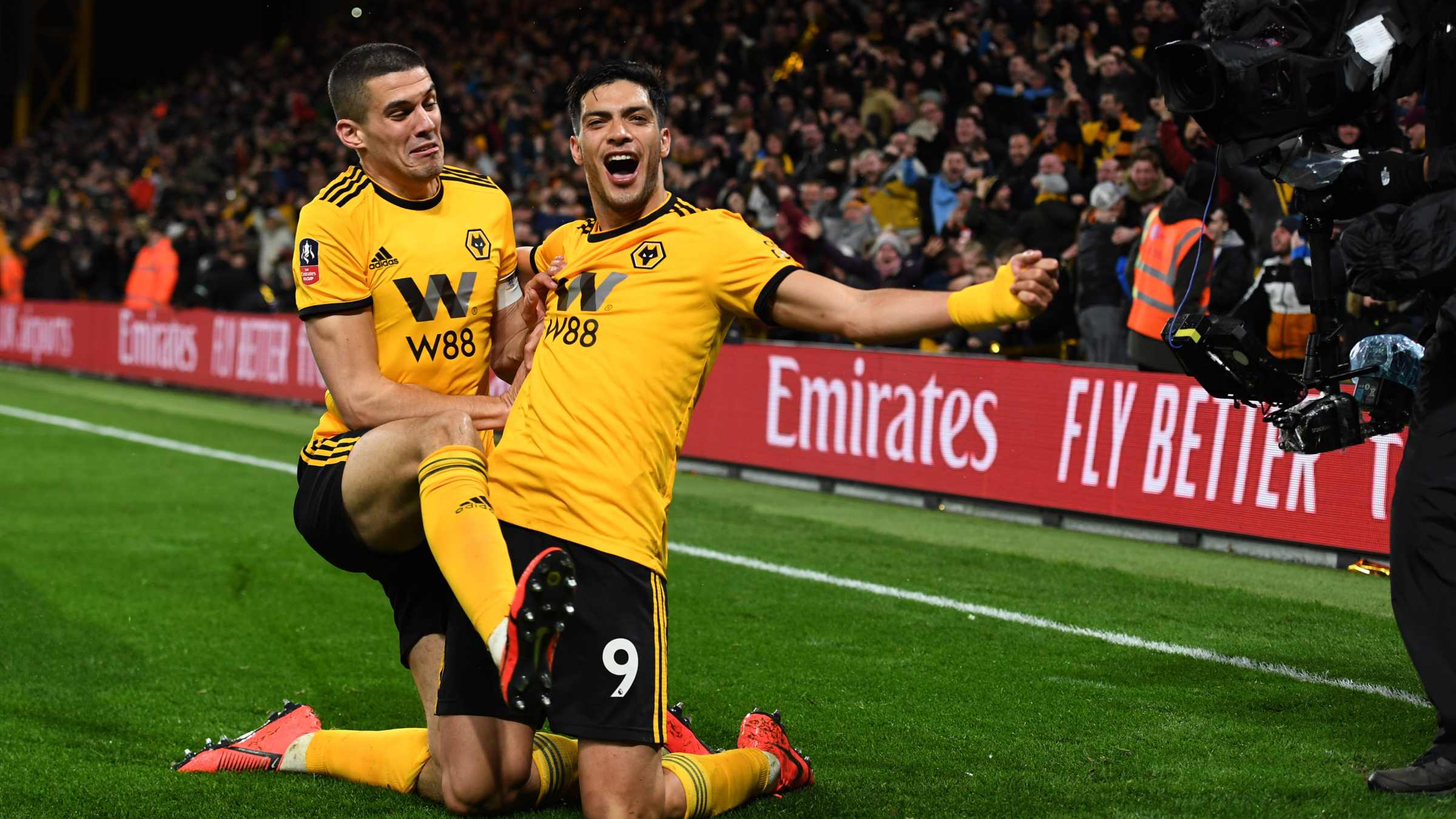 The kick-off time for Saturday night’s game is the rather unusual 5.31pm, as a way of encouraging fans to ‘Take A Minute’ to think about looking after their mental health. As part of the Heads Up campaign, all 32 ties in the competition will kick-off one minute later than their traditionally scheduled timeslots. During the minute delay, fans will be encouraged to consider the positive impact 60 seconds can have on their own wellbeing or in supporting a friend or family member. For more information about the campaign, click here.

Due to his form throughout the previous month, flying Wolves winger Adama Traore has been nominated for the Premier League Player of the Month for December. The Spaniard scored twice and created an assist during the month – netting impressive strikes against Tottenham Hotspur and Manchester City, and fed Raul Jimenez for the equaliser against the Citizens. The speedster has continued his December form into the new year, completing 15 dribbles against Watford on New Year’s Day, the most by a player in a league match in the top five European leagues since Karim Bellarabi completed 17 in a Bundesliga fixture for Bayer Leverkusen against Werder Bremen in February 2015. 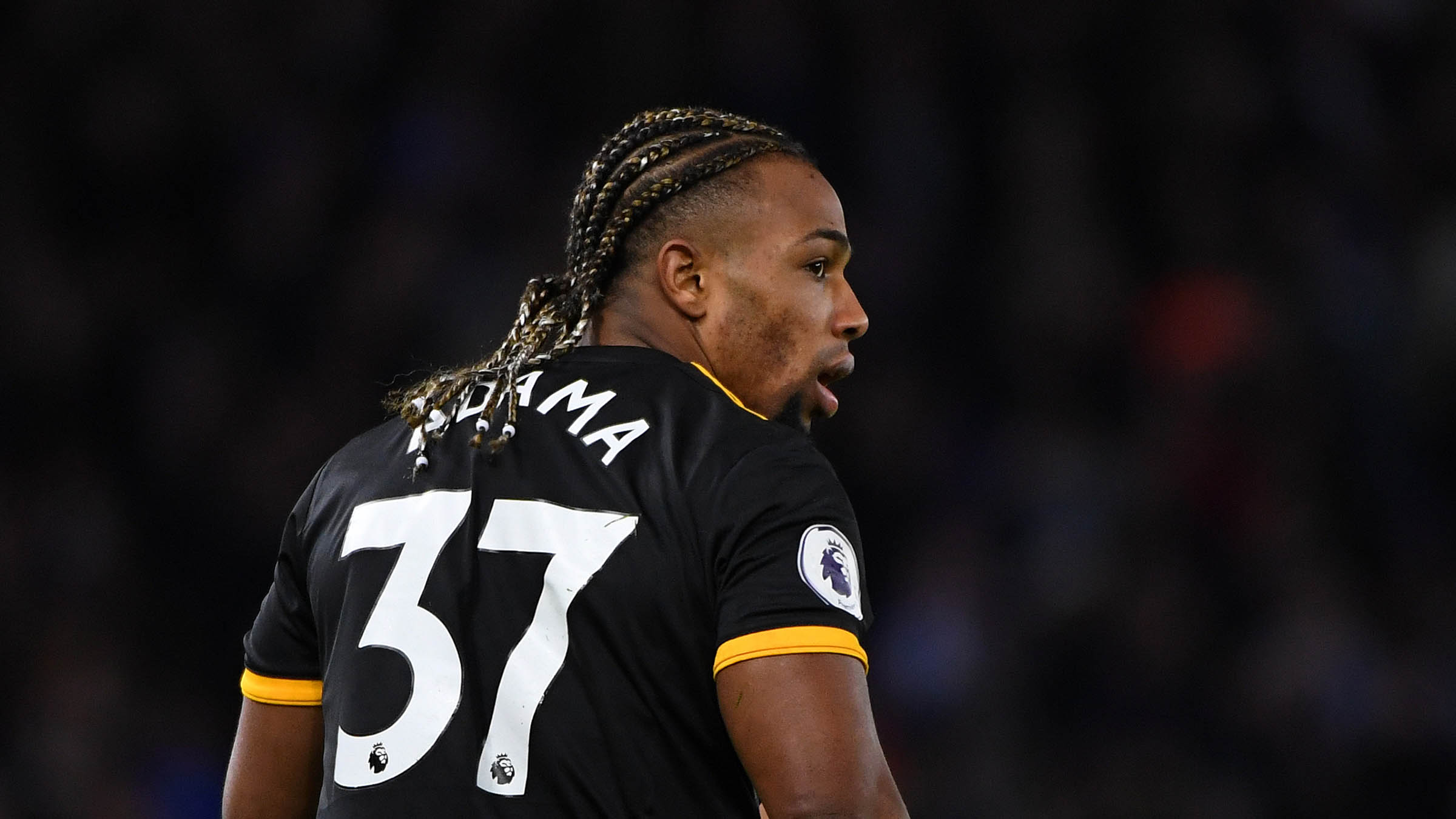 With Saturday’s visit of Manchester United the 36th match of Wolves’ season already, Nuno might be tempted to ring the changes to his starting line-up. Ruben Neves and Diogo Jota both started on the bench against Watford on Wednesday, while John Ruddy and Maximilian Kilman will also hope to benefit from any rotation the head coach decides to make. There could be rests for Conor Coady, Leander Dendoncker and Joao Moutinho – who registered his 14th Premier League assist for Wolves against Watford, overtaking Matt Jarvis as the record assist holder for the club in the competition – as the three have played in all of Wolves’ Premier League and Europa League fixtures this season.

Manchester United have a large list of injuries ahead of the clash, with both Paul Pogba and Scott McTominay ruled out for the foreseeable future. Sergio Romero, Andreas Pereira and Mason Greenwood are expected to start the third round tie, while Ashley Young and Brandon Williams could also start if Solskjaer rests both full-backs from the defeat to Arsenal on Wednesday.

With his goal against Watford on New Year’s Day, Pedro Neto became the first teenager to score for the club in the Premier League at 19 years and 298-days-old. It could have been two goals in as many starts for the young Portuguese forward, who had a goal disallowed by VAR in the defeat to Liverpool last weekend. However, the summer signing is already looking ahead to the FA Cup meeting with Untied and will be hoping to make it three starts on the bounce on Saturday evening. 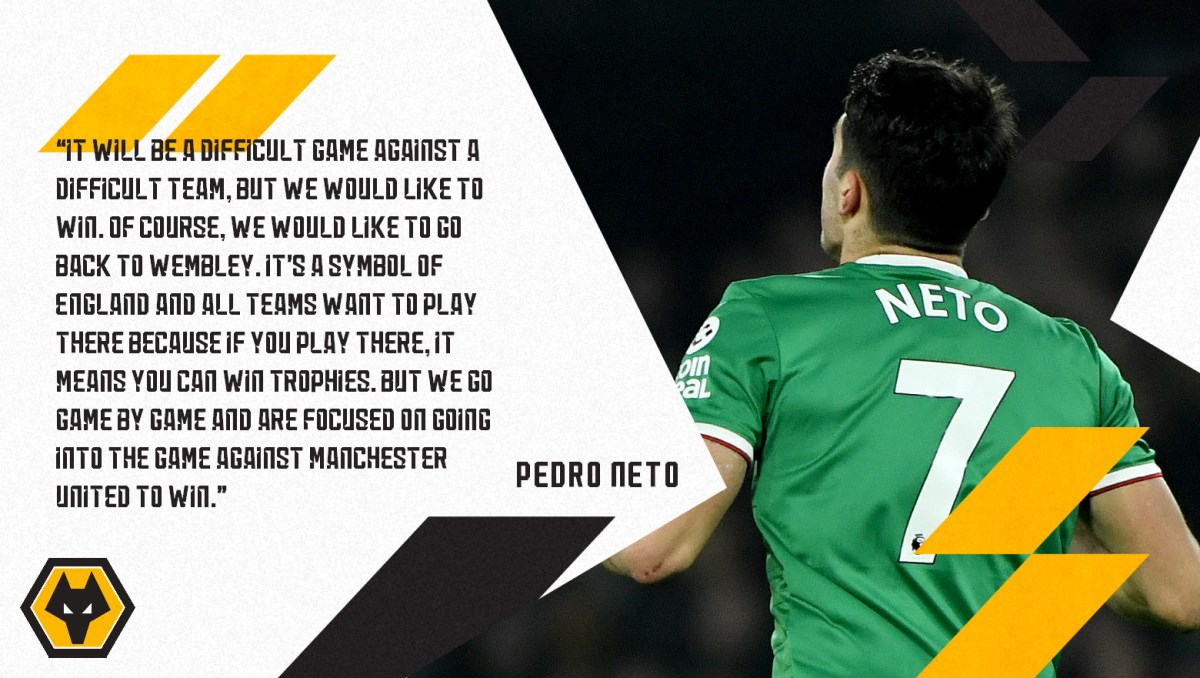