Wolves vs Torino | 5 things to know

We've reached the final game of the Europa League qualifying stages with Wolves and Torino just 90 minutes away from a place in the group stages of the competition. Here are five things to know ahead of the play-off round second leg taking place at Molineux on Thursday evening.

Heading into Thursday evening’s Europa League play-off round second legs, Wolves are currently the third highest scoring team in this season’s competition, with 17 goals in their opening five qualification matches; only Malmo (22) and Rangers (19) having found the back of the net more times that Nuno Espirito Santo’s men. However, both the Swedish and Scottish sides entered the tournament one round prior to Wolves, meaning they have had two more matches to enhance their Europa League goal tally. Wolves’ goals to game ratio currently stands at an average of 3.4 goals a game, ahead of Malmo’s 3.14 and Rangers’ 2.71. This corresponds well to the individual records of Wolves’ strike force, with Raul Jimenez joint third top scorer in the competition while Diogo Jota is the joint third on the assist list. 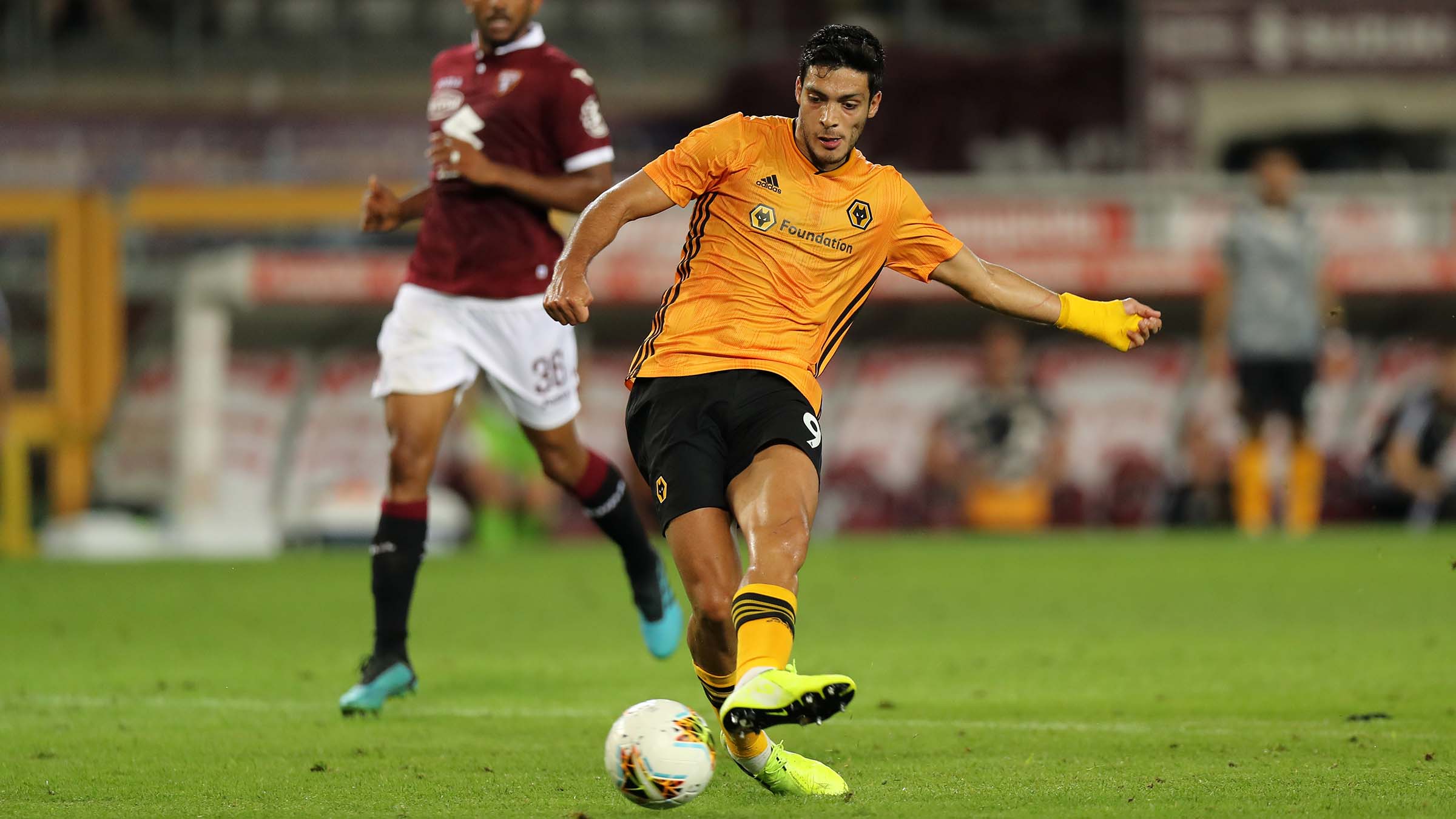 UEFA Cup finalists Wolves are aiming to reach the Europa League group stages for the first time ever, while their opponents previously made the latter rounds of the competition in 2014/15 when they faced a group of Club Brugge, Copenhagen and HJK Helsinki. If Wolves were to make it through on Thursday night, it will take a lot of working out as to what pot Nuno’s side will be in for the group stage draw. Depending on the other play-off round results, Wolves could end up being in pot two, pot three or pot four for Friday afternoon’s draw. However, if all the ‘favourites’ win their ties tomorrow night then Wolves would more than likely find themselves in pot three, alongside the likes of Feyenoord, Espanyol, Getafe and Standard Liege.

One of the stand-out players’ in Wolves’ 3-2 victory over Torino away in Turin last Thursday night was Adama Traore. The wide-man, who has taken to the right-wing back position like a duck to water this season, had an impressive 64 minute showing at the Stadio Olimpico Grande Torino, with his constant pace leaving the left-sided players of their opponents in his dust. The Spaniard was a constant threat down the right, and his work rate paid off in the 59th minute when he danced around the Torino defence to lay the ball on a plate for Diogo Jota to tap home. Following another accomplished appearance from the bench against Burnley on Sunday, the speedster will be hoping to have another chance to impress on Thursday night. 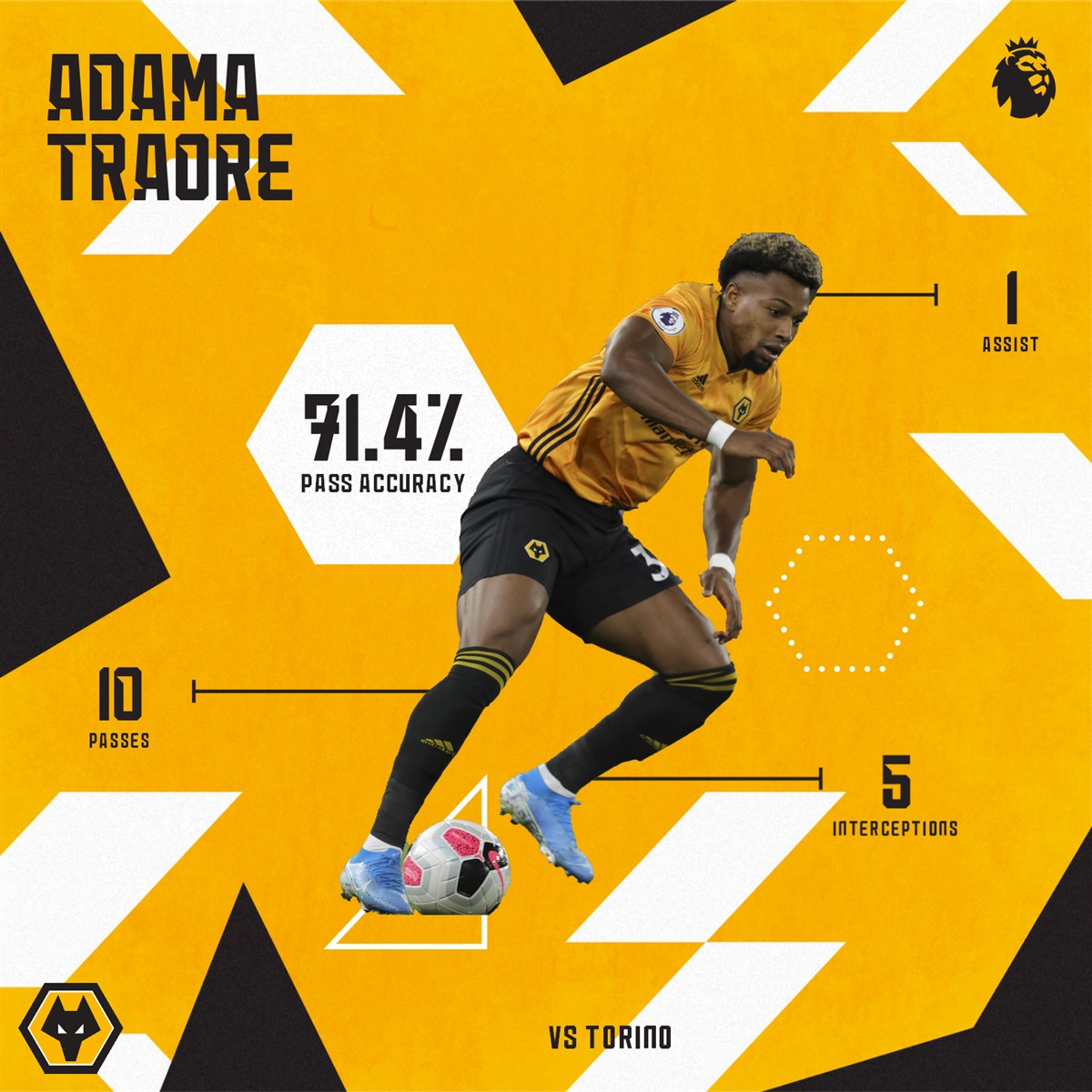 With a full squad to choose from now his players have fully recovered from Sunday’s Premier League draw with Burnley, Nuno has plenty of options available to him for the arrival of Torino. The head coach has made changes to his starting line-up for every match so far this season, so it wouldn’t be a surprise if he was to tinker with his team once again ahead of a trip to Everton on Sunday.

Torino have a new injury worry ahead of their visit to Molineux, with Cristian Ansaldi, who has played a part in all of the team’s competitive fixtures so far this season, having to leave the field at half-time of their match against Sassuolo on Sunday. The left midfielder has suffered a bicep injury and is expected to be out for a month. Other Torino players who are not expected to be fit enough for the Wolves game are right wingers Simone Edera (shoulder) and Iago Falque (ankle) as well as centre-back Lyanco (muscular).

Conor Coady insists Europa League football is bringing excitement to the group, as he prepares to lead Wolves out against Torino on Thursday. The captain has played every minute of Wolves’ 2019/20 campaign so far, including five Europa League ties and three Premier League clashes – with the side remaining unbeaten in all competitions, but Coady is embracing the challenges that he is faced with. 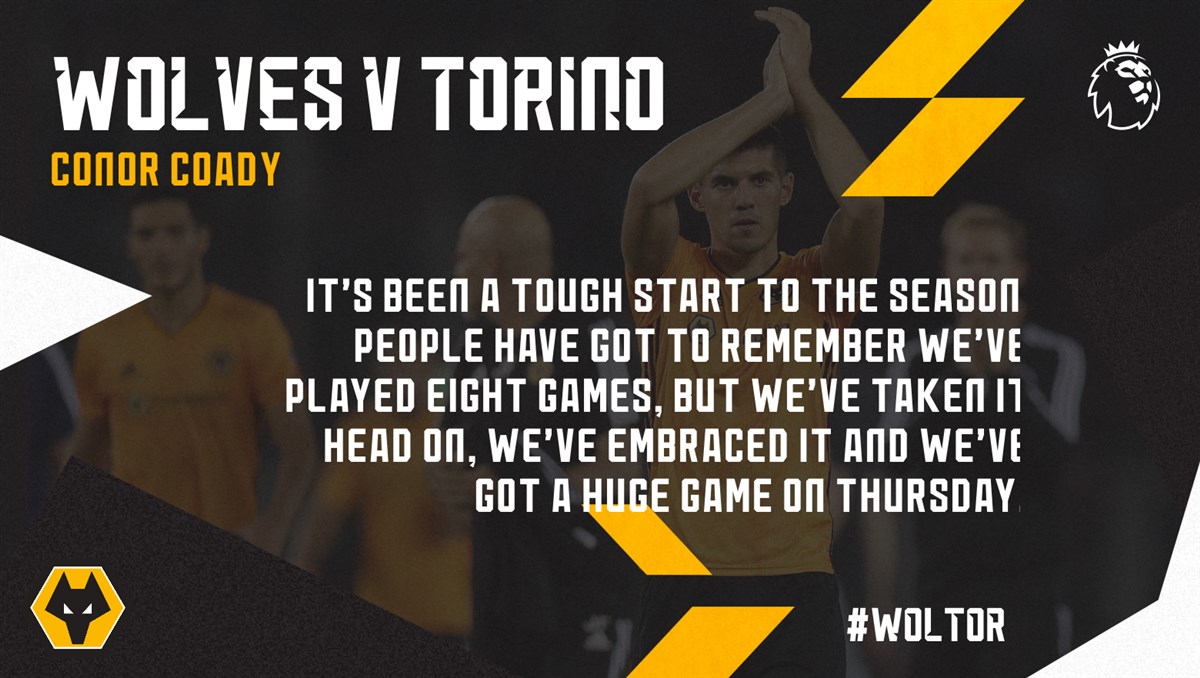