Saturday will go down as one of the greatest nights in Wolves’ recent years, as a sensational victory over Manchester United saw the club into the FA Cup semi-finals. Here are five things we spotted at a lively Molineux.

Nuno Espirito Santo and his squad made history on Saturday night by guiding Wolves to a first FA Cup semi-final this Millennium. The club last featured in the competition’s last four in 1998, when Mark McGhee’s side were beaten 1-0 against Arsenal. You have to delve back as far as 1981 to find Wolves’ last semi-final as a top division club, when the men in old gold and black were beaten by Tottenham after a replay. Wolves’ last appearance in a Wembley FA Cup final you might ask? 1960, when Bill Slater lifted the famous old trophy for Wolves, after victory over Blackburn Rovers. Conor Coady, for one, is enjoying making history as the class of 2018/19. While Nuno’s team has been notably consistent all season, and there were few surprises by his selection to face United, filling the right central defensive slot was the only key decision he had to make, and he made it correctly. Romain Saiss was the man in possession of the shirt at Chelsea last week and performed impressively, with Ryan Bennett out suspended. The Englishman was back available for the FA Cup, but Nuno opted to give Saiss the nod in the hope he’d continue from where he left off at Stamford Bridge, and he didn’t let anybody down. Saiss made more tackles than any other player on the pitch with seven and also made triple the amounts of interceptions than the whole United team.

Guy Mowbray waxed lyrical about Raul Jimenez’s striking performance on Saturday live to BBC One viewers and the stats back up the commentator’s praise. The in-form Mexican has now netted nine times this calendar year – and we’re only in March! He’s one of eight players across Europe’s top five divisions with that honour, ahead of the likes of Cristiano Ronaldo and Antoine Griezmann. While his first goal set the ball rolling and lifted the lid off Molineux, Jimenez’s all-round performance was top notch. He won more aerial duals with six, completed more dribbles with three and had more shots on goal with four than any other player on the pitch. 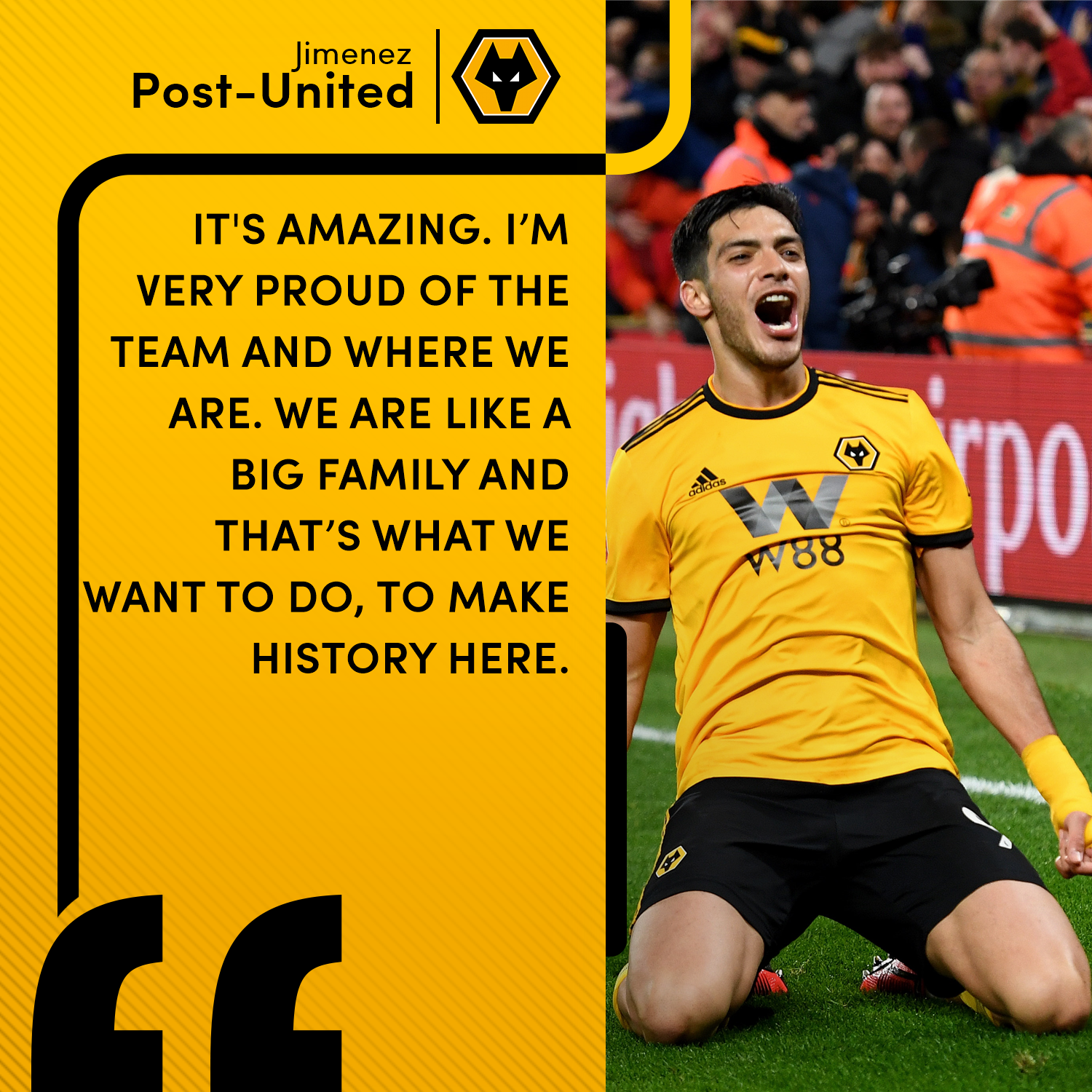 Millions of people watched the drama unfold at Molineux and the vast majority would have expected United to continue their resurgence under Ole Gunnar Solskjaer. Since the Norwegian’s arrival in December, United had lost just two games in all competitions, progressing into the quarter-finals of the FA Cup and Champions League, and reigniting their charge for fourth spot. The Red Devils were free-scoring in the main, with Paul Pogba and Marcus Rashford in fine form, which made it a tough ask for Wolves. However, the home side’s game plan worked to a tee. Allowing their visitors possession of the ball, while remaining unthreatened, in the first-half settled Molineux down and after the break we saw Wolves at their best. Against a side who’d conceded just one goal in their previous rounds against Reading, Arsenal and Chelsea, Wolves fired twice and the late, late response wasn’t enough.

5. PLAYERS DEPART ON A HIGH

Saturday’s scenes will live long in the memory of all the players and was the perfect way for ten members of the squad to sign off for international duty. Saturday’s victory was the final Wolves fixture for two weeks, before the Premier League returns at Turf Moor on 30th March. Jimenez and Diogo Jota, both fresh from scoring against United, depart with Mexico and Portugal respectively, along with the likes of Ruben Neves and Joao Moutinho. 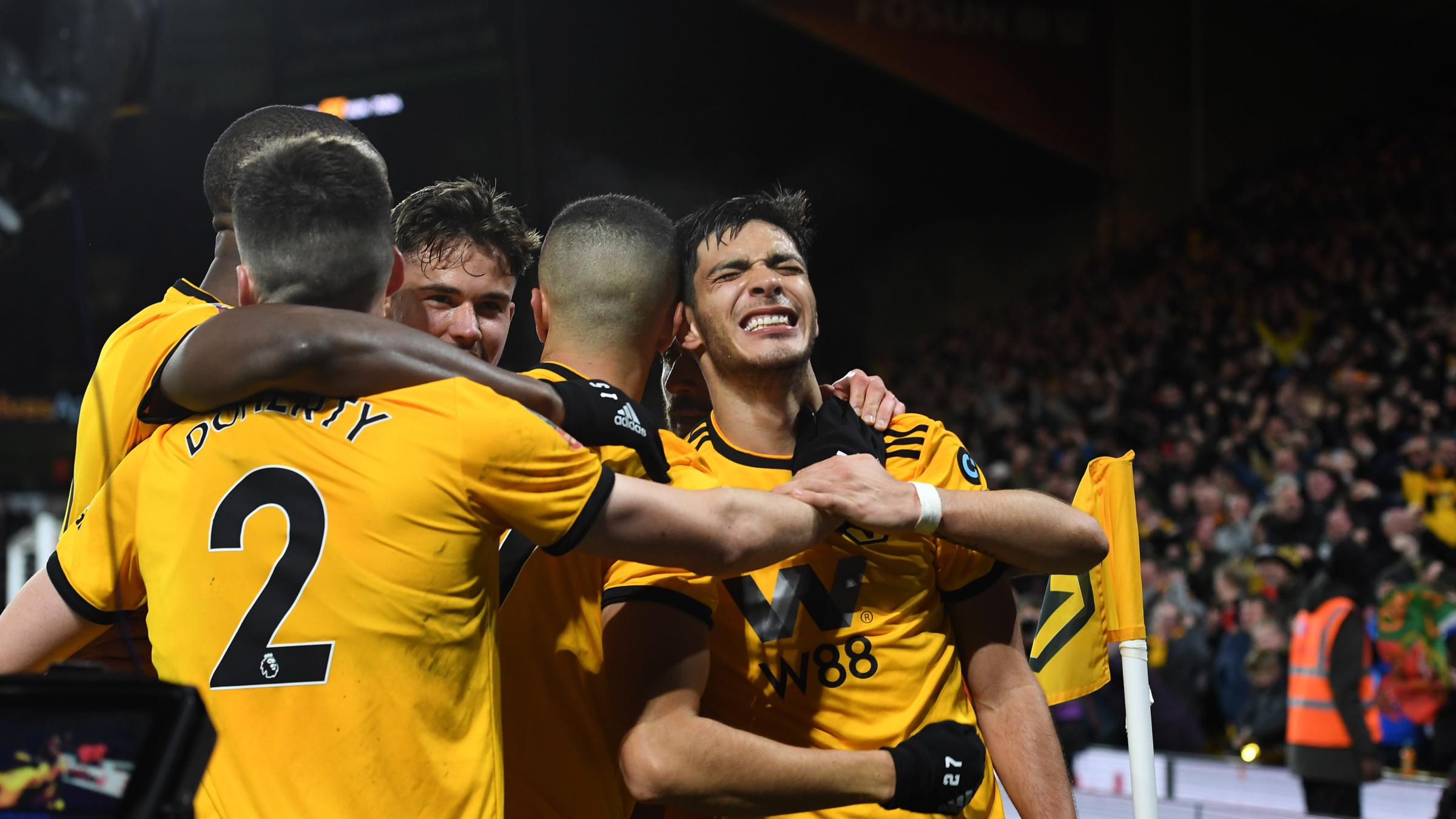