Wolves may have been denied three points at the death on Sunday, but they’ll have returned to the Midlands with plenty of positives to mull over after claiming a creditable four points from Chelsea this season. Here are five things we spotted during an impressive performance at Stamford Bridge.

The strike partnership of Diogo Jota and Raul Jimenez continued to flourish at Stamford Bridge, with the pair exchanging passes all the way to finding the back of the net in the second half. The passing and movement cut Chelsea open and, once Jota showed his awareness to feed Jimenez, the Mexican finished to cap a fine move. That sequence of play carried on the good work from last week, when they assisted each other against Cardiff, meaning both have been directly involved in Wolves’ last three goals. Romain Saiss was given the nod on the right side of Nuno’s back three and let nobody down at Stamford Bridge. After impressing in midfield against Cardiff City, the Moroccan showed his versatility once again by slotting seamlessly into the defence for the first time since January’s victory over West Ham United. Playing in between Matt Doherty and Conor Coady, Saiss completed seven clearances, made three interceptions and attempted 21 passes in a thoroughly impressive performance.

While Jimenez’s goal was fantastic for his partnership with Jota, the crucial strike also saw the Mexican hit another milestone in old gold and black. Jimenez moved level with Steven Fletcher as Wolves’ highest Premier League goal scorer in a single season. His 12 equals the Scot’s efforts of 2011/12, but who’d bet against Jimenez surpassing Fletcher’s record in the remaining eight Premier League games? The Benfica loanee has been in sensational form since Christmas, hitting nine goals in all competitions and three in his last four matches. 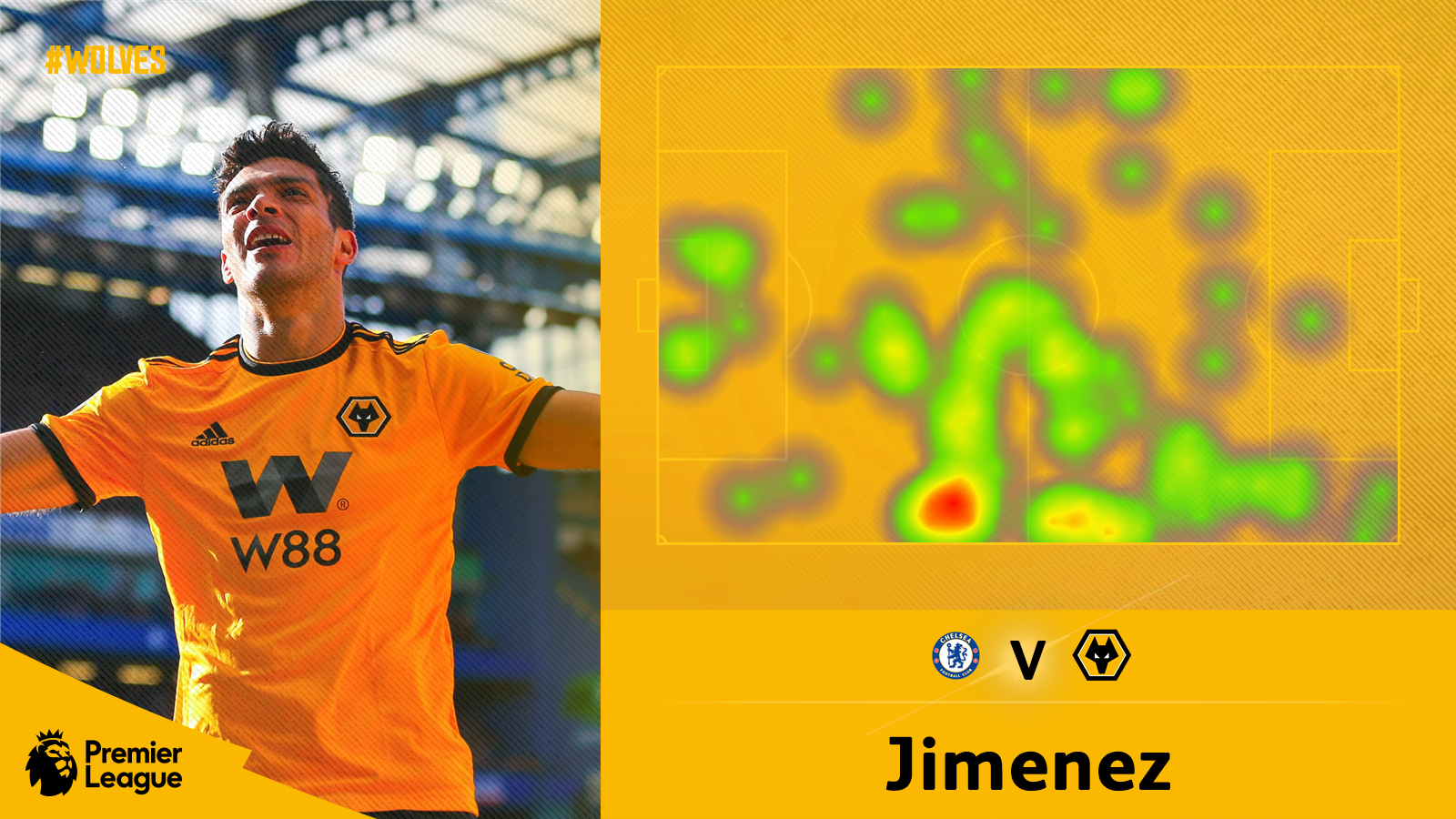 As predicted, Chelsea enjoyed much of the ball at Stamford Bridge and the key words coming from Nuno’s post-match press conference were organised, compact and shape. Those qualities were evident in the stats, as Wolves stood up to Chelsea’s questions and repelled them for all but injury time to earn a point. Every outfield player who started completed a tackle, 14 in Leander Dendoncker’s case – the most on the pitch – an interception and a clearance. It shows the real togetherness in Nuno’s squad, with every player getting stuck in for the cause, which helped Wolves remain unbeaten in London for the whole 2018/19 Premier League season, with three wins and three draws – the club’s best run since November 1974.

Wolves strike again against the traditional top six, providing hope for next weekend’s FA Cup quarter final with Manchester United, where the attention now turns to. Wolves have claimed at least two more points against the top six than any other of the 13 Premier League teams, winning two and drawing four of their nine played so far, accumulating 10 points. With Manchester United, Arsenal and Liverpool still to come in the Premier League, that figure has a real opportunity of improving. Denied a famous double over Chelsea on Sunday, Nuno’s side can still take heart from avoiding defeat against the Blues in both Premier League meetings. The positive result provides even more belief that Wolves can get a result at what will be a lively Molineux next weekend.