Wolves kept their unbeaten run ticking over at AFC Bournemouth this weekend, but will look to go one better and return to winning ways when visiting Huddersfield Town on Tuesday. Here are five things to look out for at the John Smith’s Stadium, as Wolves look to make amends for defeat to the Terriers back in November.

Wolves’ midfield has proved a valuable asset since the turn of the year and their three regulars combined to good effect once again on the South Coast. Joao Moutinho dominated the passing stats - nobody completed more than the Portuguese with 68 - while he also completed the most passes into forwards (14) and received the most passes (49). Alongside him, Ruben Neves was allowing him to flourish, recovering possession 11 times – the equal most on the pitch alongside Bournemouth’s Dan Gosling. The final piece of the jigsaw, Leander Dendoncker, was just as productive, as he won nine tackles, the most on the pitch. A real team effort. 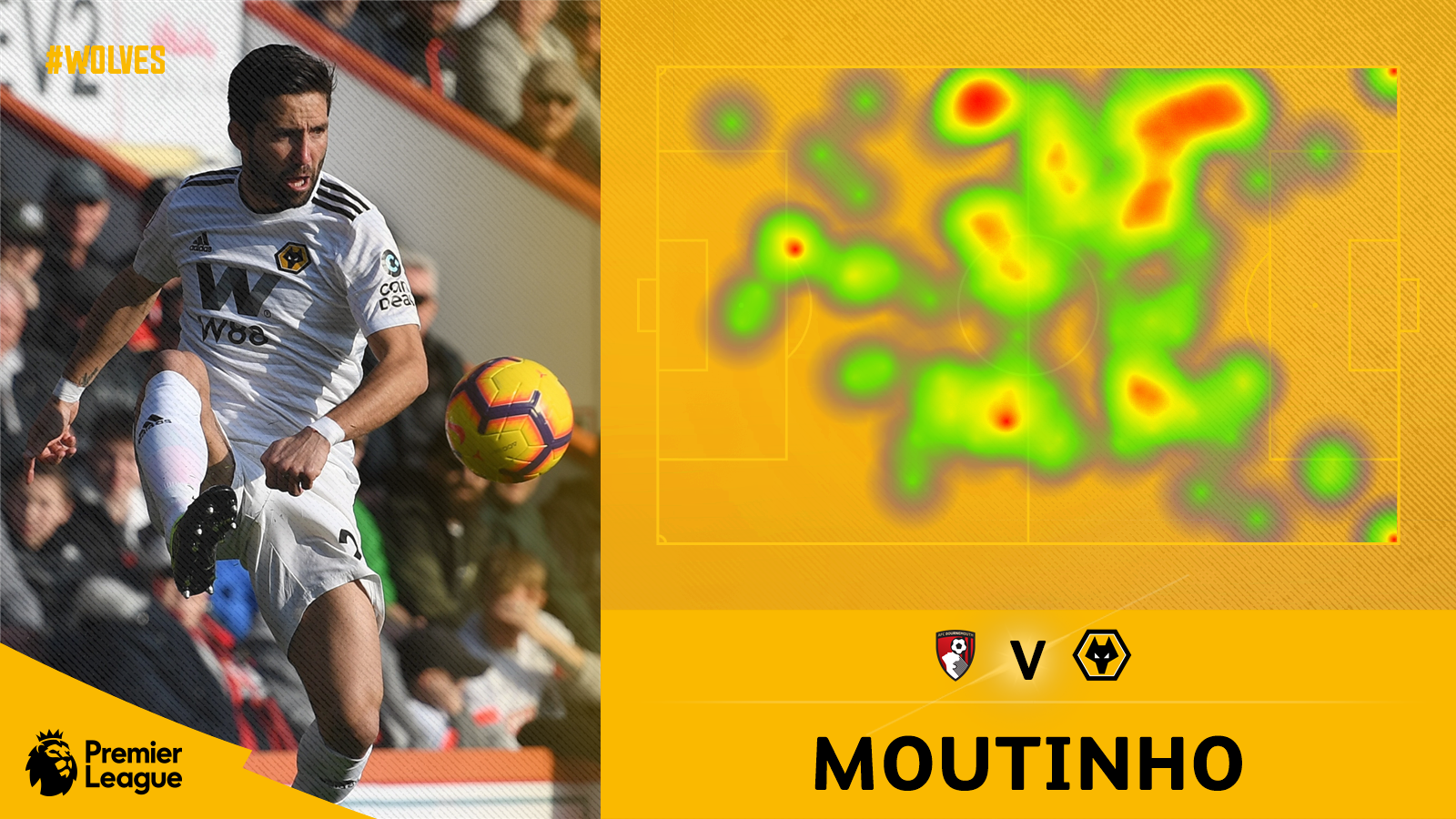 Diogo Jota put in a typically industrious performance up front against AFC Bournemouth on Saturday and will be eyeing a return to goal scoring form against Huddersfield. Crucially for Fantasy Premier League players, Jota is listed as a midfielder, despite partnering Raul Jimenez up front since the turn of the year. Jota bagged a hat-trick against Leicester City last month and is good for an assist too, so could be in line to earn FPL points against the club with the worst Premier League goal difference. Jota costs FPL managers £6.1, but is owned by just 3.7 percent of players, so remains a differential.

While Saturday’s draw extended Wolves’ unbeaten run in all competitions to eight matches, a Premier League record can be equaled in the next match. Earlier in the season, across August, September and October, Wolves went six Premier League games unbeaten and that record can be matched if defeat is avoided at the John Smith’s Stadium. The previous record before this season stood at four matches, which came in all three of the club’s previous Premier League campaigns. 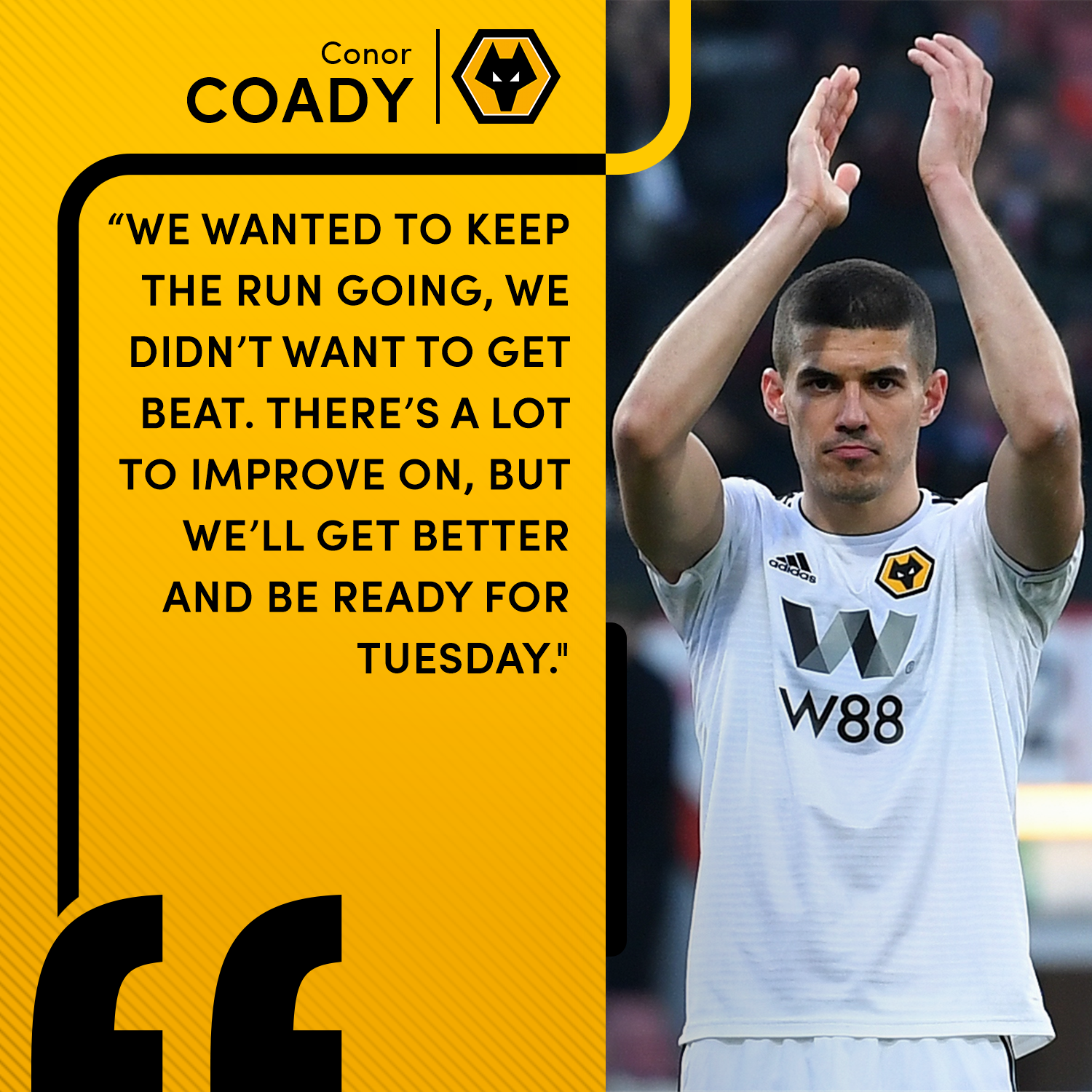 4. MOUTINHO HAS IT ALL

Moutinho once again displayed his all-round game at the Vitality Stadium, which increased his overall Premier League stats further. The midfielder is the only player in the division to be in the top ten charts for both assists and tackles. Moutinho has laid on seven goals for his team mates, which is the seventh highest in the division, and made 88 tackles, putting him fifth on the list.

Wolves will have a full-strength squad to pick from at the John Smith’s Stadium, with no injuries or suspensions being picked up at the weekend. Nuno Espirito Santo will have to decide if to freshen up his squad, with the likes of Romain Saiss, Adama Traore and Ivan Cavaleiro waiting in the wings. Huddersfield are expected to be without five key men for the visit of Wolves. Skipper, Tommy Smith was sent off at Newcastle United on Saturday, so begins a three-match ban against Nuno’s side. He joins Isaac Mbenza and Danny Williams, who are a month away from full fitness. Adama Diakhaby didn’t travel to St James’ Park with a hamstring issue, so is unlikely to make a quick return for Tuesday. They will hope that Erik Durm provides better news however, with the injury which kept him out Saturday being described as a minor hip issue. 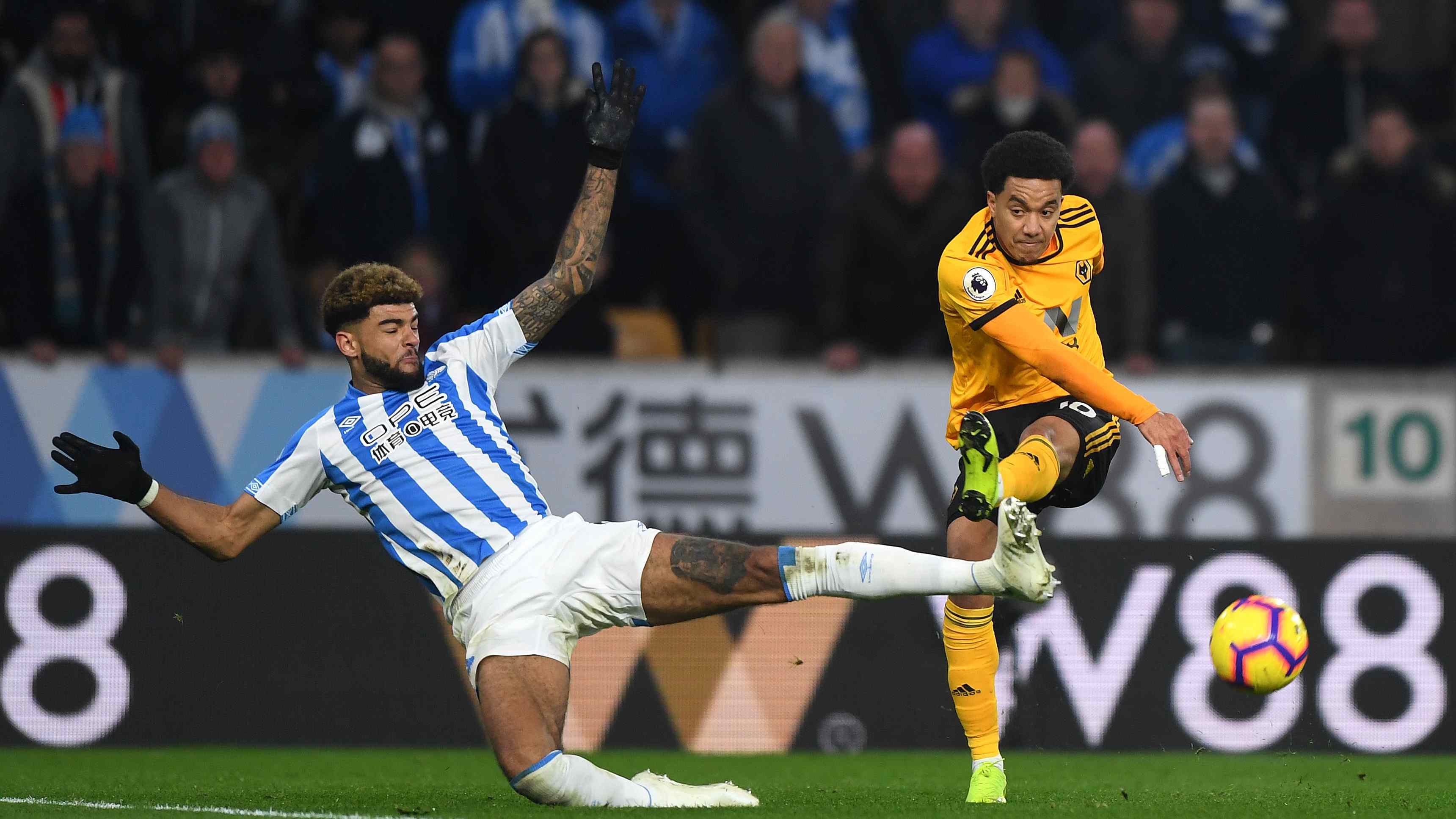