Wolves are currently on a run of seven games unbeaten in both Premier League and FA Cup as Nuno Espirito Santo’s side head down to the south coast to take on AFC Bournemouth on Saturday afternoon. Here’s five things to know ahead of the trip to the Vitality Stadium.

1. THE KINGS OF LATE GOALS

Wolves have had a habit of snatching late goals in games this season, with the last-minute drama continuing in the side’s previous Premier League match at Molineux against Newcastle as Willy Boly scored the fifth-game changing goal of the campaign. The only time Wolves have scored a late goal this season which didn’t affect the overall outcome of the game happened to be in the reverse fixture against Bournemouth in December. Ivan Cavaleiro’s 94th minute goal mattered to only put the finishing touches on a comfortable 2-0 victory at Molineux – one of only two home league victories for the Wanderers in history versus The Cherries. Wolves’ only previous competitive win at Dean Court came in the third round of the FA Cup in 1948. 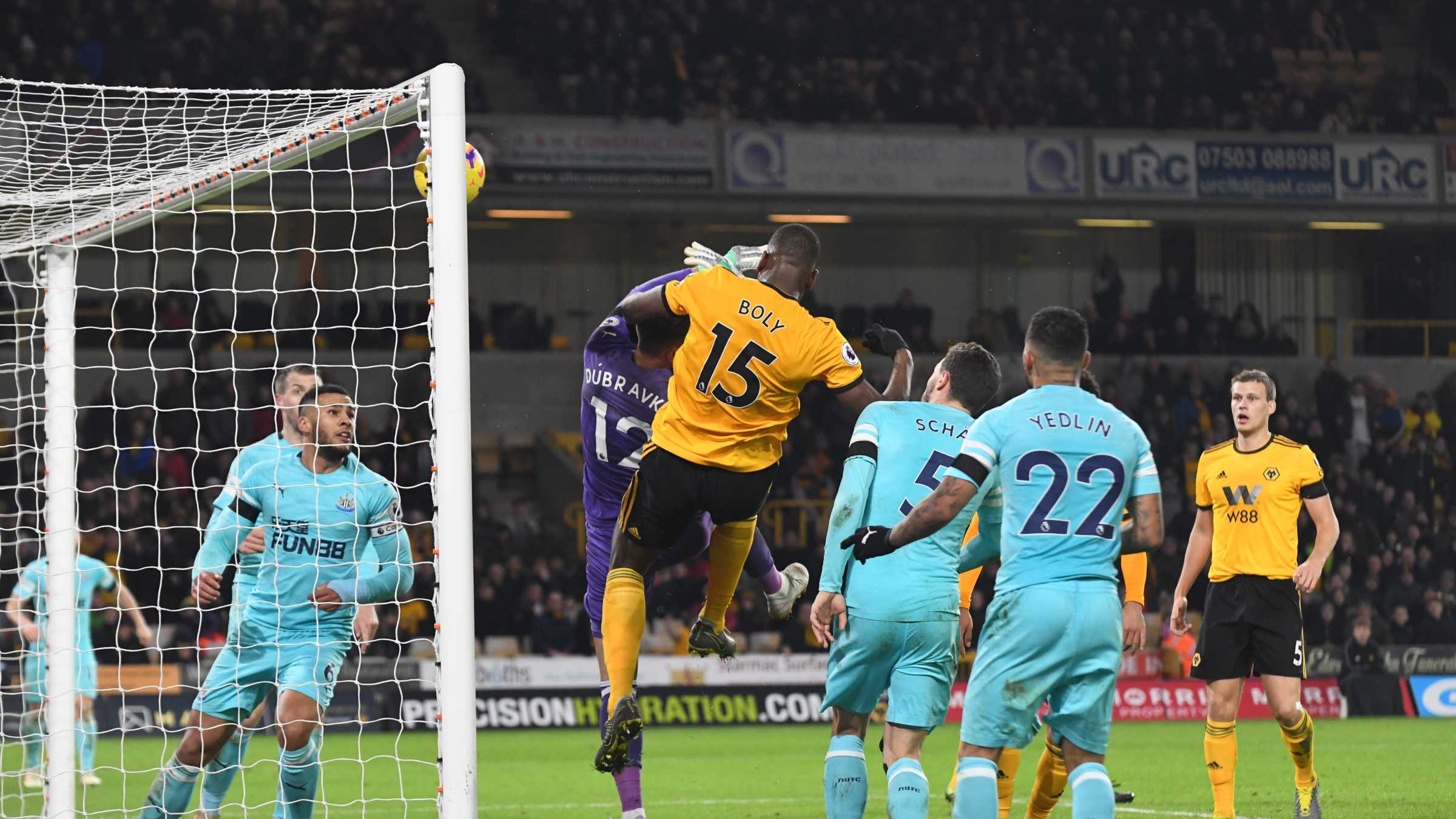 Nuno’s Wolves side are all about breaking records. As well as reaching the FA Cup quarter finals for the first time since 2003 with victory over Bristol City last weekend, they could win consecutive Premier League away matches for just the second time with victory over Bournemouth. However, it would be the first time Wolves have achieved the feat in a single Premier League campaign, and first in top-flight football since 1981. Wolves also currently have 39 Premier League points – just one away from matching the club’s previous best in the top-flight circa 1992. The points tally is also the highest by a promoted team at this stage of a Premier League season since Reading in 2006/07 who finished eighth that campaign. One more win would also break the record for Wolves’ most in the Premier League, and most in the top-flight since 1980/81.

3. JIMENEZ RACKING UP THE POINTS

Fantasy Premier League players could look to Wolves’ number nine if they are in search of points for the coming weeks. Raul Jimenez’s next three matches are against Bournemouth, Huddersfield and Cardiff – the three teams who have conceded the most goals in the Premier League so far this season (47, 48 and 47 goals respectively). The Mexican international is the team’s leading goal scorer this season, with only Stephen Fletcher netting more times in a season than Jimenez. The striker is also just one goal short of becoming the second Mexican player to reach double figures in Premier League goals in a single campaign after Javier Hernandez. Jimenez is also Wolves’ top fantasy points getter, earning 124 points in return for his relatively cheap £6.8m cost making him one to watch out for. Wolves will be boosted by knowing two of Bournemouth’s top stars will be missing for the visit to the Vitality Stadium. Callum Wilson and David Brooks are currently on Eddie Howe’s injury list, with the manager admitting the pair being missing from his line up for Saturday’s clash as ‘devastating’. Bournemouth's leading goal scorer Wilson has been out since mid-January with a knee problem, while Brooks missed consecutive defeats to Cardiff and Liverpool after injuring his ankle. Junior Stanislas also faces a late fitness test to be available for the clash as the midfielder looks to shake off a hip flexor problem.

Nuno made three changes to his team for the trip to Bristol City in the FA Cup on Sunday, John Ruddy, Romain Saiss and Ivan Cavaleiro came in to the team in place of Rui Patricio, Ruben Neves and Diogo Jota. Will those three come straight back into the starting line-up despite the fifth round victory? Find out at 2pm tomorrow afternoon.

5. DOHERTY ON THE ATTACK

Not many people would have bet on one of Wolves’ most dangerous attacking threats this season being Matt Doherty, but the right wing-back has arguably been the team’s player of the season as Wolves returned to the top-flight for the first time since 2012. The Irishman delighted supporters last week by signing a contract extension, alongside captain Conor Coady, which will keep the pair at Molineux until 2023. As part of his recent efforts, ‘Doc’ has been directly involved in four of Wolves’ last five goals in all competitions – all part of his six goals and seven assists in the campaign so far. Doherty himself puts Wolves’ change in shape, switching from two players in midfield to three, has added a new dimension to their game and allowed him get into more attacking positions.