A big win at Ashton Gate secured Wolves’ place in the last eight of the FA Cup, here are five things we spotted in Sunday’s victory over Bristol City.

The fine form of Raul Jimenez and Diogo Jota has restricted Ivan Cavaleiro’s Premier League minutes of late, but he’s staking a claim with his match-winning performances in the FA Cup. The Portuguese set up the fifth-round tie with the winner against Shrewsbury and duly won the game once again at Aston Gate. Playing in a more central role just off Jimenez, Cavaleiro was typically busy and tidy in possession, and remained ice cool to stroke Doherty’s pass into the back of the net. That 28th-minute strike, which came with the first shot on goal all match, was enough for the win. 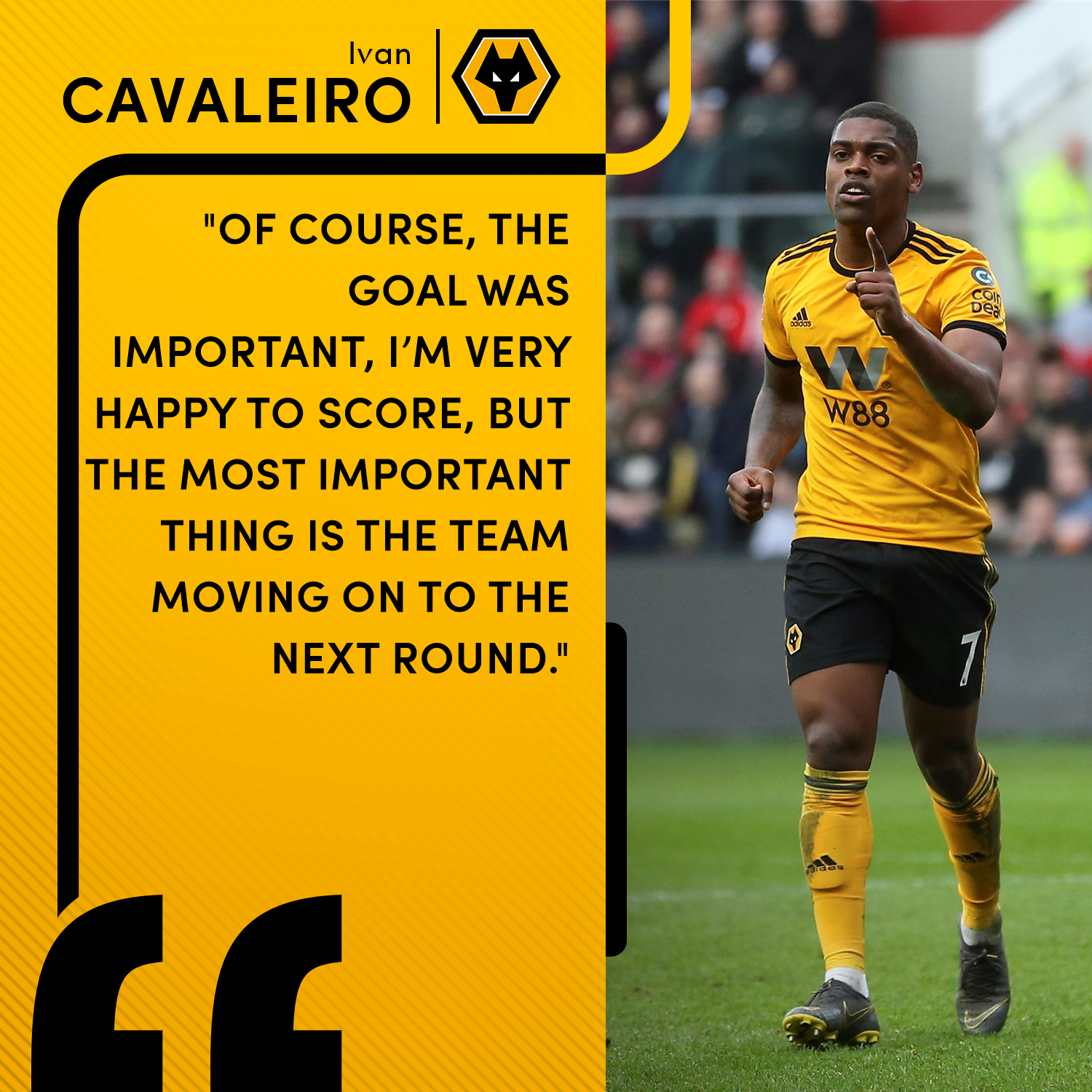 Despite a rich history in the FA Cup, Wolves’ recent record has made for bleak reading, but Nuno’s side are changing that. Sunday’s victory at Ashton Gate secured a place in the last eight for the first time in 16 years, when Wolves were beaten by Southampton. The next task? A semi-final place for the first time since 1998. Nuno will be confident. Afterall, Wolves have lost just one cup game under his stewardship via the conventional method, going out of the Carabao Cup on penalties in the previous two seasons, meaning last year’s FA Cup defeat at Swansea is an isolated incident so far.

Having signed an extended contract at Wolves on Friday, Matt Doherty celebrated with another influential performance in victory over the Robins. The right wing-back produced a typically marauding run down the right, forcing his way into the area to lay off for Cavaleiro to convert. That assist marked a fifth straight FA Cup goal the Irishman has directly been involved in. Since Doherty’s last minute equaliser at Shrewsbury, he’s been involved in every goal, scoring the first two of the replay against the Shrews, before creating the winner for Cavaleiro – like at Ashton Gate on Sunday.

On paper, FA Cup ties against Championship opposition didn’t come much tougher than Bristol City, and so the tie panned out. Wolves had to show character in abundance to become the first team since Leeds United in November to defeat the Robins. Lee Johnson’s side were unbeaten in 15 matches and had won the previous nine going into the fixture, but Nuno’s side enjoy a trip to Ashton Gate. Last season’s victory there was huge in gaining momentum for promotion and Sunday’s win felt similarly important for very different reasons. Next up, the quarter-finals.

John Ruddy admitted to being disappointed with his performance in the Shrewsbury replay and was determined to make amends at Bristol City – he didn’t disappoint. The goalkeeper was at his commanding best, coming for crosses and taking the heat off his defence during a frantic second-half. Bristol City asked questions of Ruddy’s goal after the break, but he, along with his defence, stood up to repel the hosts. The goalkeeper made five saves, including one from his City counterpart Frank Fielding, but it was his command of the penalty area which proved vital to keeping a clean sheet.