Wolves fought back valiantly to claim victory over Chelsea on Wednesday night, securing their first Premier League win in seven matches. Here are five things we spotted from a historic night at Molineux.

By taking his place in Nuno Espirito Santo’s starting line-up in place of the suspended Ruben Neves, 18-year-old Morgan Gibbs-White became the youngest ever Wolves player to start a Premier League fixture. After impressing off the bench in recent months, the midfielder was thrust into the action, playing in a ‘number 10’ role behind Jimenez and Jota – but it wasn’t just in the centre of the pitch where Gibbs-White flourished. As can be seen from the heat map below, the Academy graduate was getting into positions all over the pitch, helping him play through Jimenez for Wolves’ equaliser. With the victory over Chelsea, Wolves banished several unwanted records. Wednesday night’s classic was the first time since a 2-1 win over Manchester United February 2011 that Wolves have defeated 'Big Six' opposition in the Premier League – bringing a halt to a winless run which stretched back to a previous 18 such games. Wolves also put years of bad luck against the Blues behind them as the visitors had been victorious in seven of the previous eight Premier League matches between the two sides. Wolves’ only previous Premier League victory over Chelsea also came on Wednesday 5th, in January 2011.

3. JOTA GETS OFF THE MARK

Last season’s top goal scorer ended a run of 15 league games without a goal as his second half strike sealed the win against Chelsea. Scoring goals hadn’t been a problem for Diogo Jota in the Championship, but the pacey forward hadn’t found the net since a 4-0 victory over Bolton in April. Two goals in two games for Portugal under-21 last month would have given Jota confidence as he made his return to the Wolves starting line-up for the first time since Watford in October. Here's what he had to say following his winning effort... 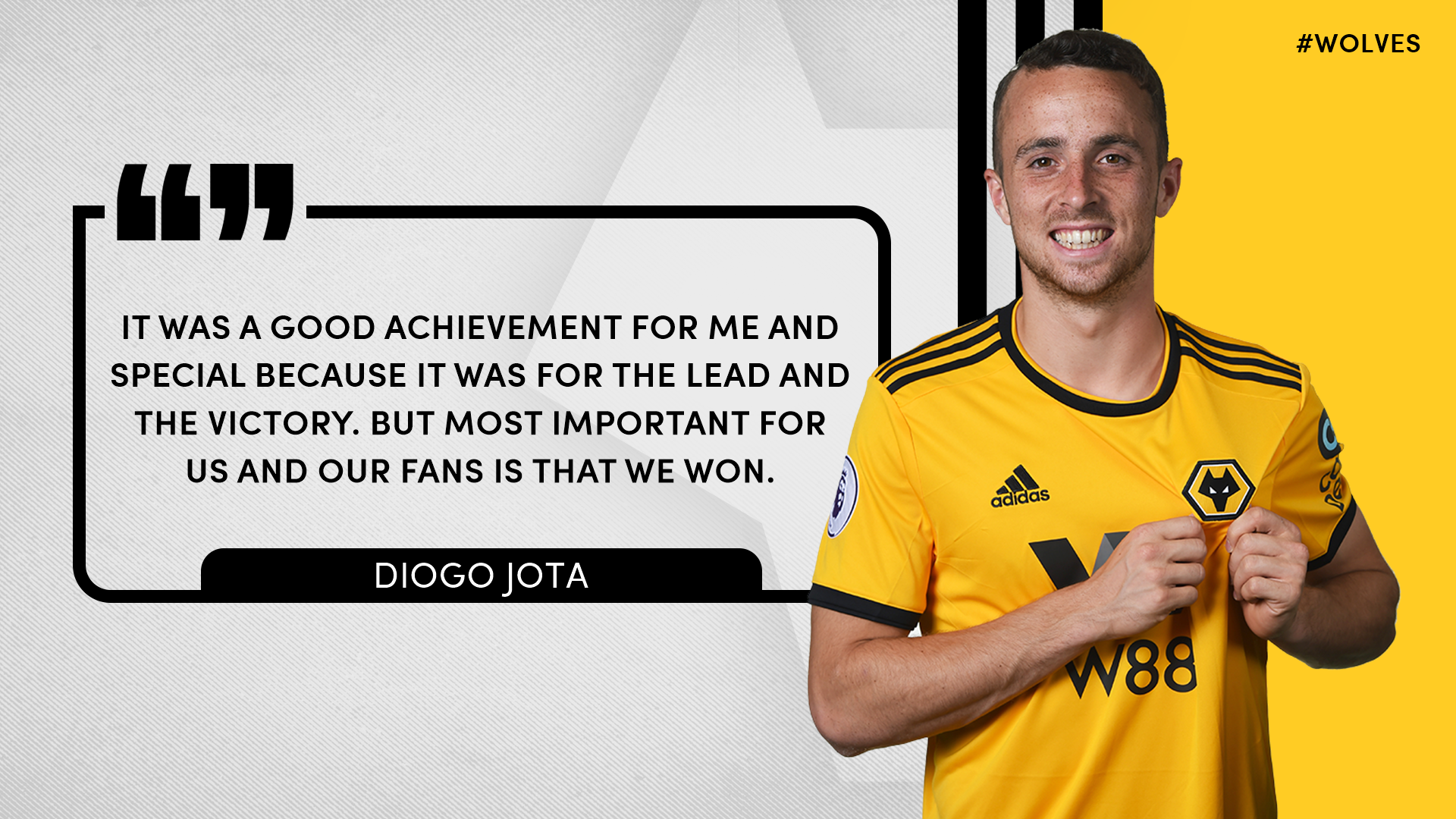 Another player to benefit from Neves’ suspension was Leander Dendoncker, who returned to the bench for Wednesday’s match after not being in Wolves’ matchday squad of 18 players for the defeat at Cardiff on Friday night. The Belgian international, whose 180 minutes of playing time in Old Gold so far this season came in the Carabao Cup, had yet to make a league appearance for Nuno’s side. But in the 81st minute, Dendoncker was given the chance to prove what he has to offer as he replaced the energetic Raul Jimenez – putting in a crunching, but fair, tackle with his first touch, to the delight of the Molineux supporters.

Not many could fault the work ethic displayed by Nuno’s men, but one of the players who goes above and beyond in gold and black is Raul Jimenez. The Mexican international forward, who is currently on loan from Benfica, has displayed his worth to the team by being directly involved in more than half of Wolves’ Premier League goals so far this season, having a hand in eight of the 15 efforts which have ended up in the back of the net. He was at it again against Chelsea, by powerfully finishing beyond Kepa to bring Wolves level, before being a beacon which attracted the Blues’ defenders to him when Doherty played a fizzing ball across the box, leaving Jota unmarked to tap in at the far post. Another assured performance by Wanderers’ number nine. 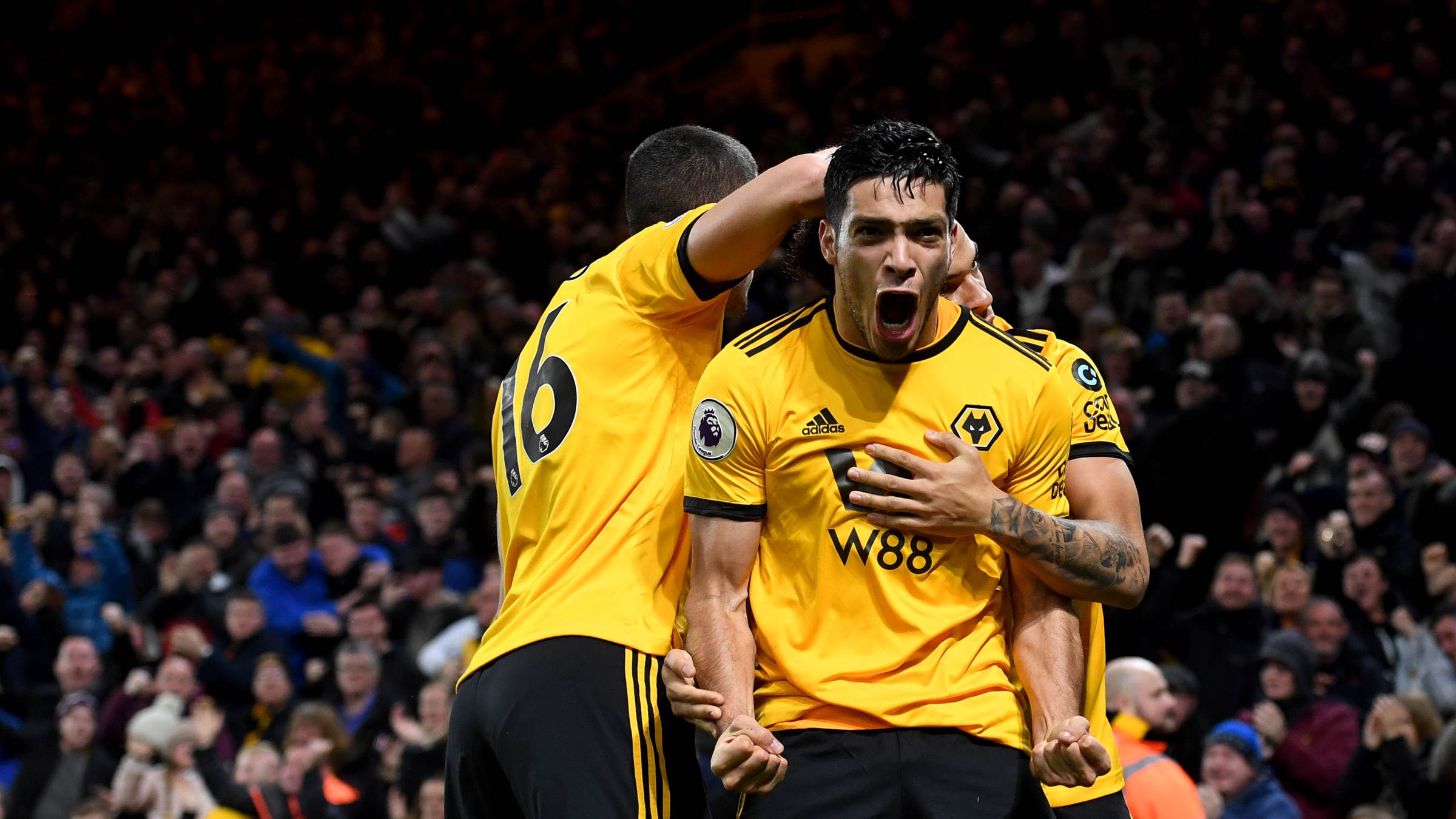