Wolves vs Tottenham | 5 things to know

Back at Molineux under the lights, Wolves will be looking to get back to winning ways and here’s five things to look out for when Nuno Espirito Santo’s side host Tottenham.

1. CHANGES IN ATTACK FOR BOTH

Nuno made his first change to a starting line-up this season last weekend and must now decide if to make changes in consecutive weeks. In came Adama Traore in place of Diogo Jota, but within an hour at the AMEX Stadium the pair had swapped places. Ivan Cavaleiro also played half an hour at Brighton, so now it looks like a three-way battle for the place on the left-wing. Cavaleiro is yet to start in the Premier League, while Jota is without a goal, so who will Nuno go for?

Mauricio Pochettino will be delighted to have key men Christian Eriksen and Dele Alli back available for selection. Both started in the Carabao Cup on Wednesday evening, but Alli was withdrawn after 64 minutes and two assists, which could suggest he’ll start. Heung-Min Son netted twice at London Stadium so will have given his manager food for thought too. All three started on the bench against Manchester City on Monday, meaning the places of Moussa Sissoko, Erik Lamela and Lucas Moura could be in jeopardy. 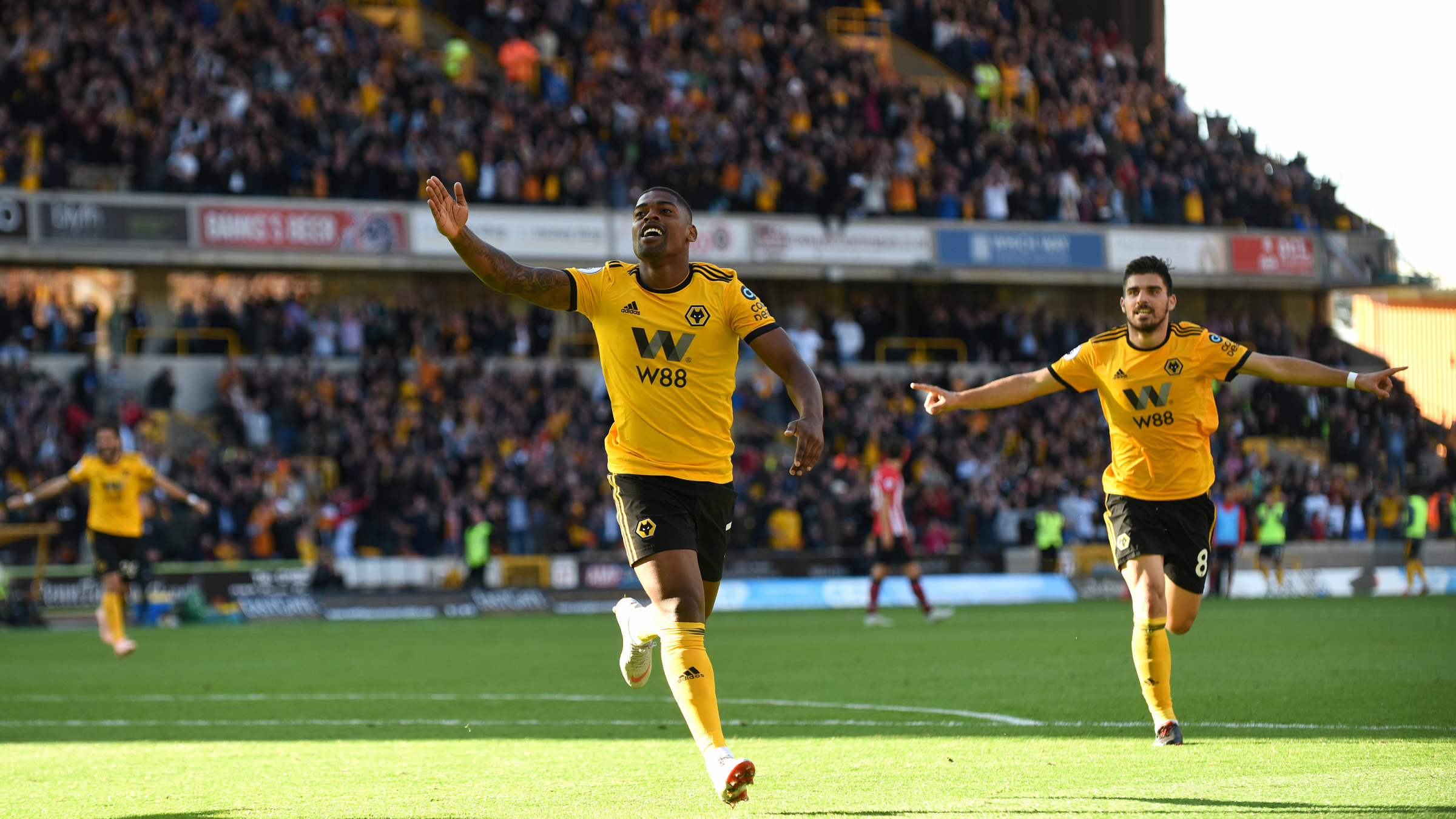 There have been just 18 goals in Wolves’ Premier League fixtures so far this season, nine for and nine against, which is a division low. Only four teams have conceded less than Nuno’s side but similarly only four have netted more, so it could be a low-scoring fixture on Saturday. Adding to that, Spurs’ last three Premier League fixtures have finished 1-0, beating Cardiff and West Ham and losing against Man City on Monday. It could be an evening of defensive solidity at Molineux.

Wolves’ last clash with a traditional top six side saw Joao Moutinho come to the fore with a stunning equaliser against Manchester United, so can he do it again on Saturday? The midfielder may cost £5.5 on FPL but is selected in just 3.8 per cent of teams, so any managers taking a punt would be claiming points alongside few others. Still waiting for his first Molineux goal, Moutinho is used to playing on the big stage with his national side, so should relish playing Tottenham under the lights. See how much ground he covered at Brighton last weekend on the heat map below. 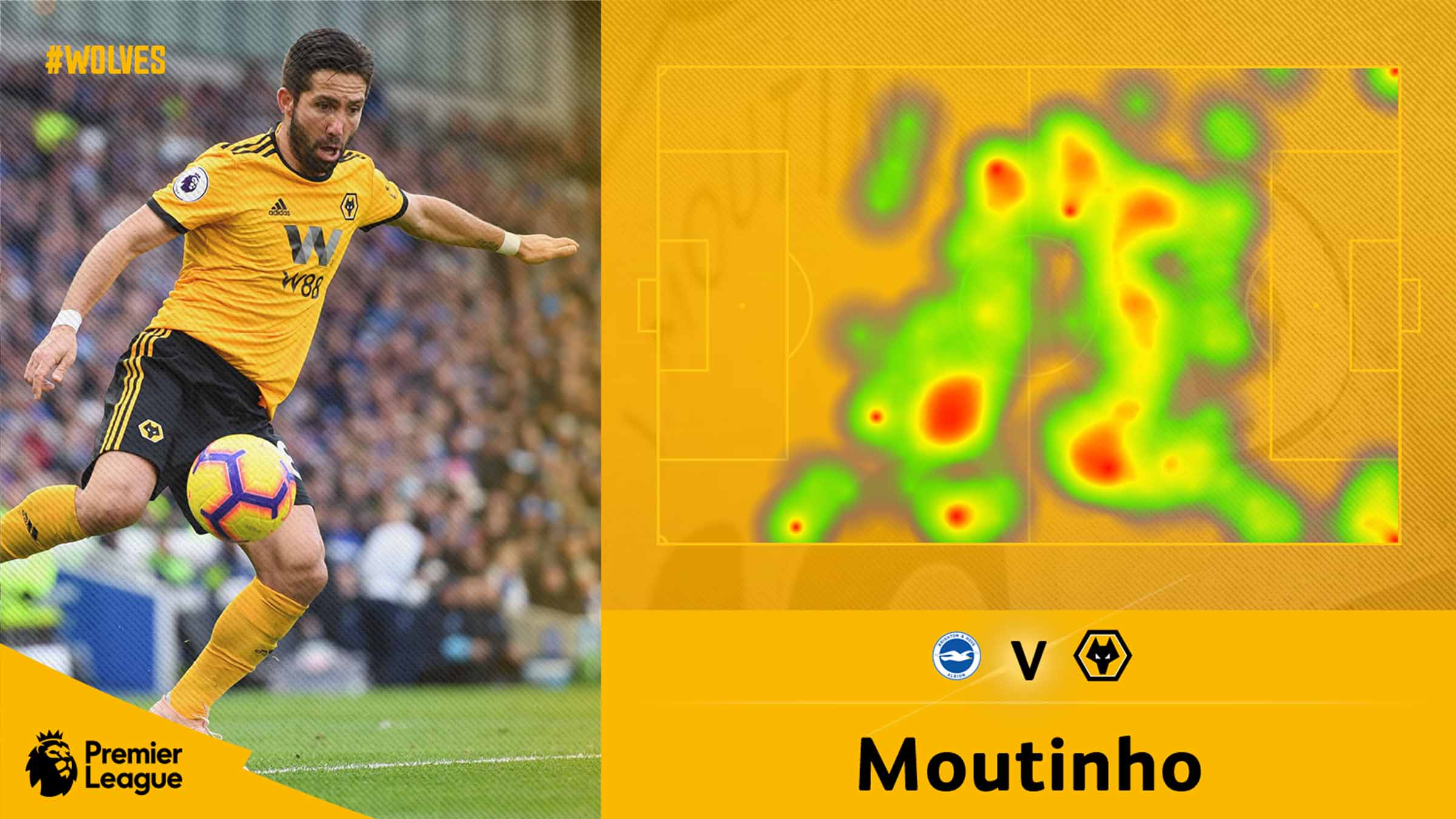 Wolves are bracing themselves for a rare Saturday night kick-off this weekend at Molineux, however it’s simply history repeating itself. In fact, the first-ever Saturday night league game in England took place at Molineux back in 1958 when 36,840 supporters watched Wolves beat Man United 4-0. This is just the fourth Saturday night game in Premier League history too, the last one also involving Spurs against Manchester City back in April this year – a game in which they were beaten 3-1.

The Mexican played a starring role in draws against Manchester City and Manchester United, and now wants a hat-trick of strong performances against Champions League outfits.