It’s top vs second at Ashton Gate on Saturday evening, as Wolves sign off for 2017 looking to extend their lead at the summit to 11 points.

It’s been a terrific first-half to the campaign for Nuno Espirito Santo’s men, who have accumulated 55 points from 24 matches and now they face their nearest competitors. A 2-2 draw at Millwall on Boxing Day extended the gap after Cardiff City were defeated, and in turn overtaken by the Robins, who picked up maximum points. Wolves have won more points away from home than any other Championship side and are undefeated in their previous ten, ahead of the trip to Bristol.

Bristol City are enjoying a season to remember. After beating Manchester United in the Carabao Cup before Christmas, Lee Johnson’s men moved second in the Championship just a day after it. The Robins beat Reading 2-0 on Boxing Day thanks to second-half strikes from Jamie Paterson and Lloyd Kelly. City have taken 16 points from the last 18 available and are the masters of the late goal, bagging 11 times in the 81st minute or later in the Championship.

See how Wolves and Bristol City compare on the head-to-head graphic below. 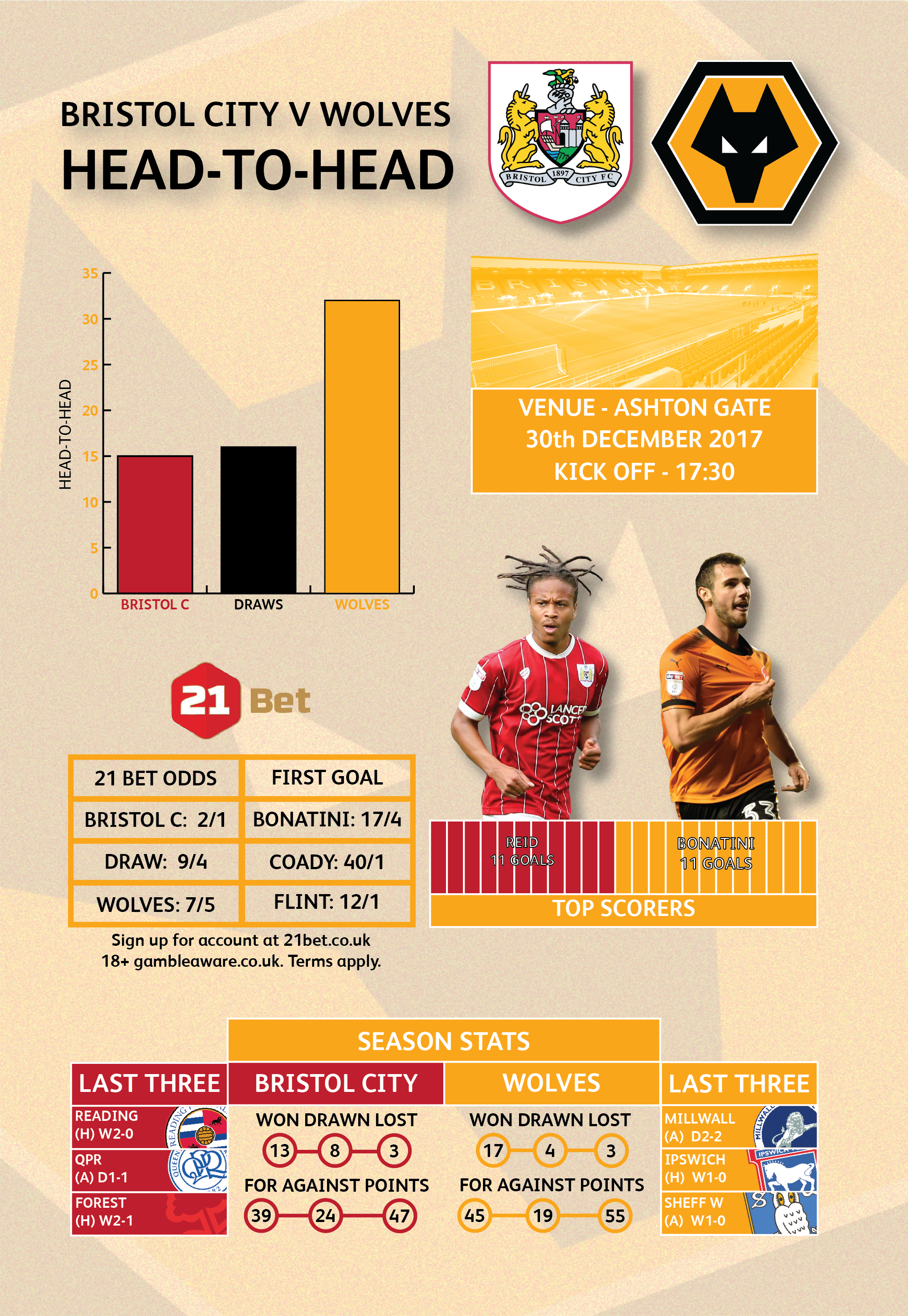 The fixture is not available for overseas Wolves TV users to view live due to Sky Sports coverage. Audio commentary is available to UK users however, while the match will be covered in full on Twitter and Matchday Centre Live.