Two sides buoyed by impressive weekend victories do battle in front of a healthy Molineux crowd on Wednesday night, with Wolves and Leeds United expected to serve up an entertaining contest.

Victory at Reading on Saturday saw Wolves return to top spot, which they’d momentarily been knocked off on the Friday night. Ivan Cavaleiro and Matt Doherty rewarded a gritty performance with clinical finishes to seal the three points. It was the visitors’ third successive 2-0 victory and continued the momentum building at Molineux, ahead of back-to-back home games. Sheffield United’s defeat on Tuesday night means victory for Wolves would see them move four points clear of second place, which is now in the hands of Cardiff City.

Leeds were amongst the early-season pace-setters in the Championship and held top spot in September, however indifferent form since has stuttered their progress. The Yorkshiremen ended a three-match losing run on Sunday however, as a 2-1 victory over Middlesbrough highlighted their strength. Pablo Hernandez and Ezgjan Alioski netted in each half, meaning Britt Assombalonga’s penalty counted for nothing at Elland Road. Victory at Molineux could see Thomas Christiansen’s side move into the top six.

See how Wolves and Leeds compare over the years with the head-to-head graphic below. 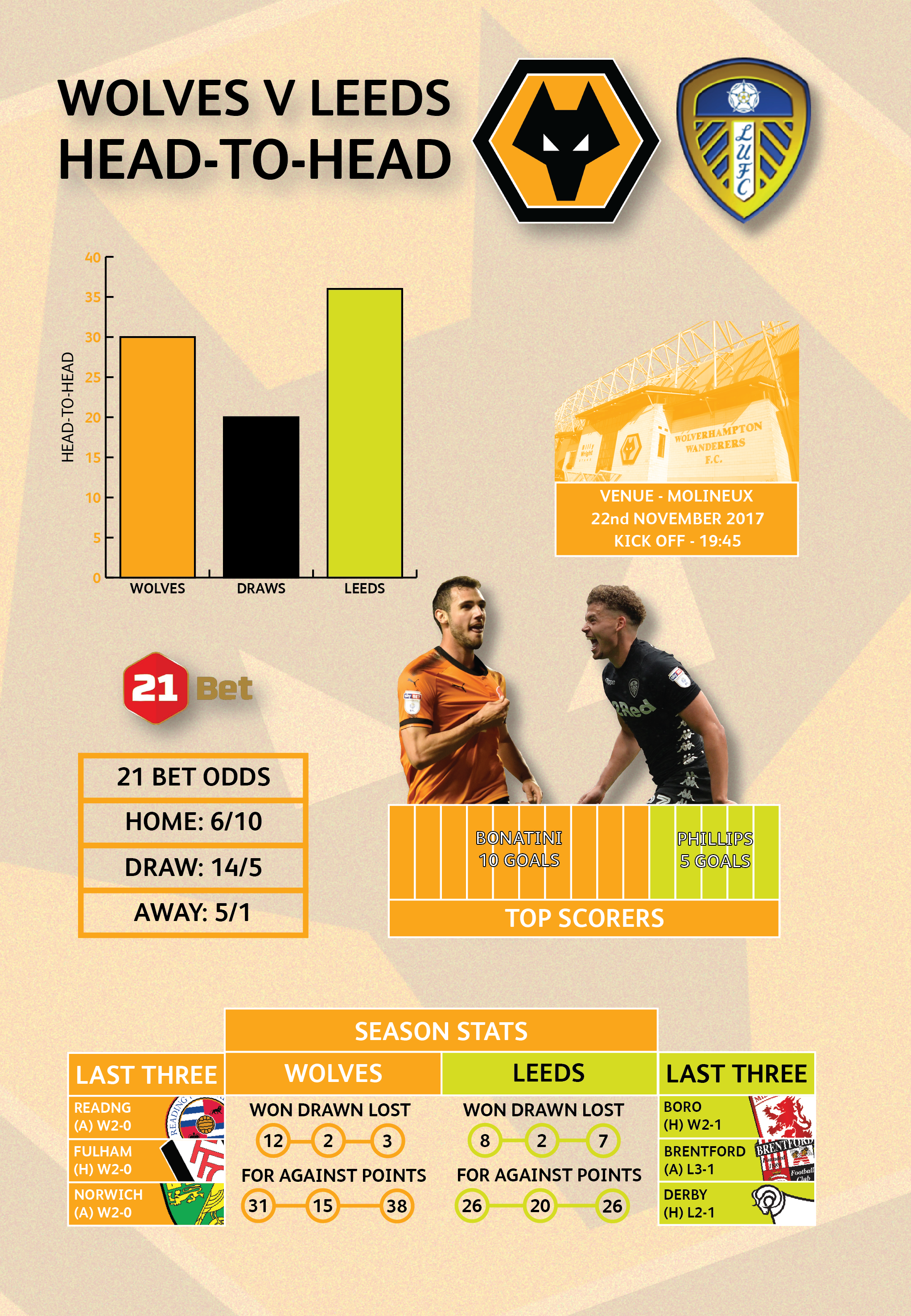 How well to do you the Wolves and Leeds history? Put yourself to the test on the pre-match quiz below.