The Premier League leaders host the Championship’s top club on Tuesday and the pressure is off Nuno Espirito Santo’s men, as they test their hand against Pep Guardiola’s free-scoring Manchester City side.

Another three-point haul against Preston North End on Saturday saw Wolves hold on to top spot, with Ivan Cavaleiro and Leo Bonatini doing the damage in front of goal. It means Wolves travel to the Etihad Stadium on the back of three consecutive victories and in confident mood. It’s their fourth tie in this season’s Carabao Cup, after Yeovil Town, Southampton and Bristol Rovers were defeated in previous rounds. Bright Enobakhare’s extra time strike in Round Three set up the trip to Manchester City and Nuno will hope his side give a good account of themselves, like they did against Premier League opposition in Round Two.

City approach the tie in blistering form, having netted ten goals in their previous two home matches. A 3-0 success over Burnley on Saturday came on the back of a 7-2 dismantling of Stoke City the previous week. Guardiola’s side are unbeaten in all competitions this season and have only been denied defeat once, against Everton in August. Their 32 goals is comfortably a Premier League best and a strong side defeated West Brom in Round Three of the Carabao Cup.

See how Wolves and City compare on the head-to-head infographic below. 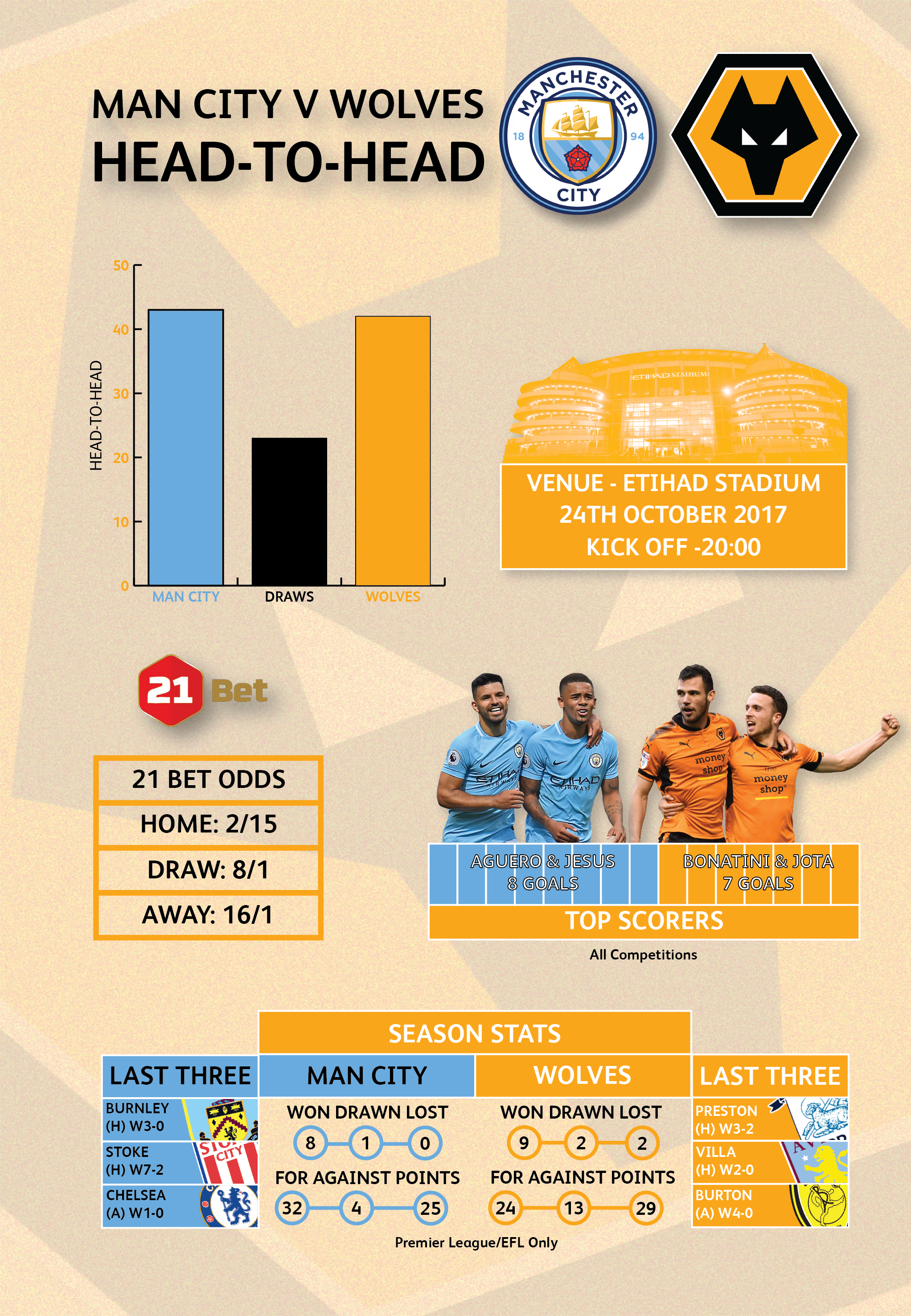 Five other Round Four ties take place on Tuesday evening, with a further two scheduled for the following day. All other ties are listed below.

The match will not be shown live to WolvesTV subscribers, however audio commentary will be available. As always, Twitter will have all the pre and post-match content brought to you, while #MANvWOL will drag all that and the official website content to one place on wolves.co.uk.

Heading to the Etihad Stadium? You'll find this Away Fan Guide useful.

Now it’s time to test you Man City vs Wolves knowledge with our pre-match quiz.