Wednesday night’s opponents, Sheffield United are a club which bring back fond memories of yesteryear for Wolves fans who followed the team in 2003.

It was against the Blades where Wolves secured Premier League football for the first time, ending their 19-year exile from the top flight in the process.

Dave Jones’ men hit three goals without reply at the Millennium Stadium through Mark Kennedy, Nathan Blake and Kenny Miller to secure promotion via the Play-Offs.

3-0 up at half-time, United had no response after Wolves blew them out of the water, and their final hopes were extinguished when Matt Murray saved Michael Brown’s penalty. 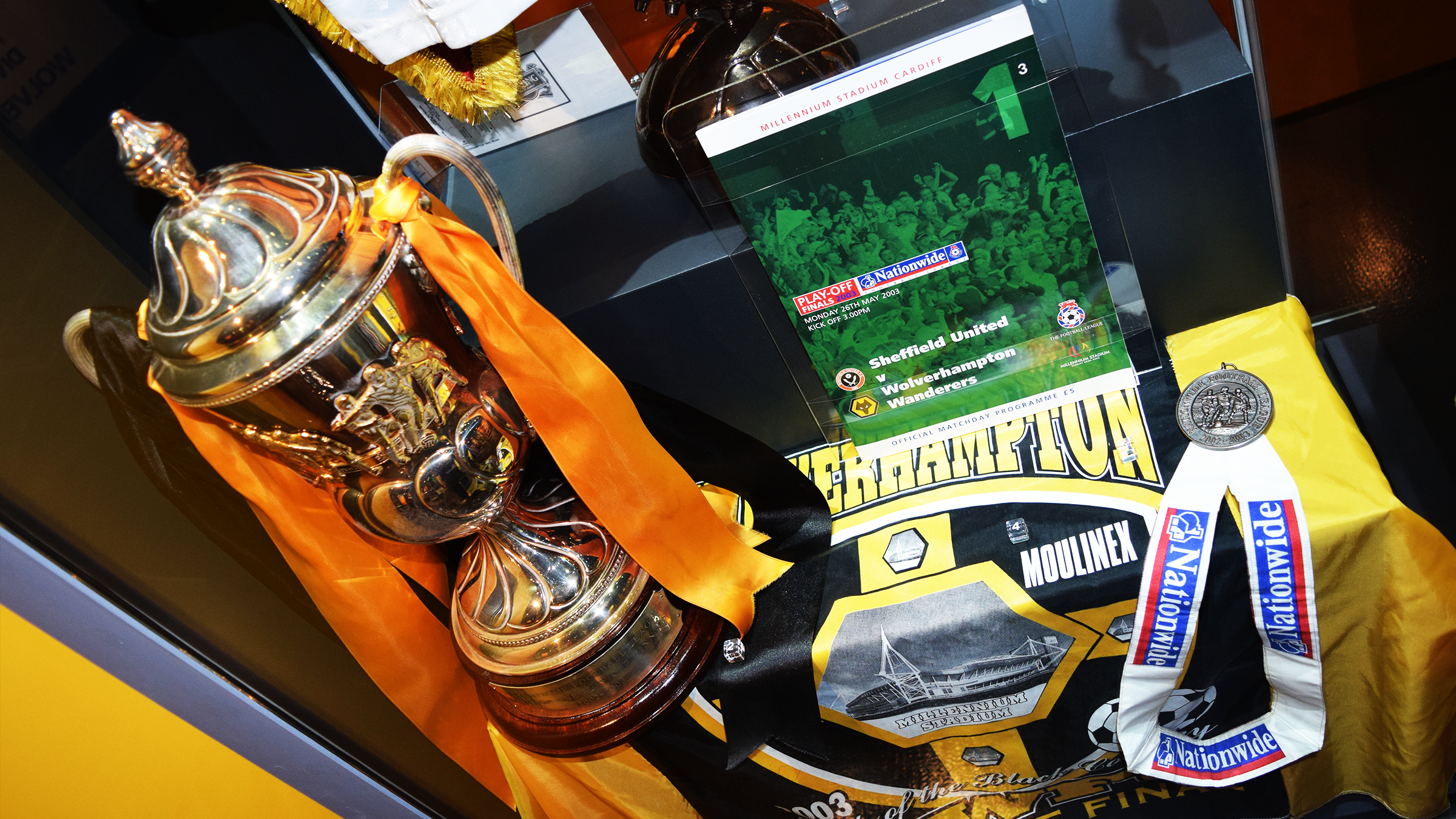 Supporters can reminisce about that afternoon in the Museum at Molineux, which is open on Fridays, Saturday, Sundays and match days.

Part of the large display from the 2003 success is the trophy, which was lifted by Paul Ince in Cardiff.

Alongside the trophy is a programme from the afternoon, Murray’s medal, a Play-Off final rosette and a flag, kindly donated by John Hampton. That was one of 30 victories Wolves have chalked up against the Blades over the years and you can learn more about the Wolves story at the Molineux Museum.