The new Fantasy Premier League game ahead of the 2022/23 campaign has now been live for a whole week and FPL expert Holly Shand has now revealed her top five essential picks.

Speaking exclusively to wolves.co.uk, Shand helps supporters build their teams by highlighting five men everyone should seriously consider for their starting elevens.

Two new arrivals to the Premier League, as well as four consistent performers from recent years are included, as anticipation for the new campaign builds.

When Fantasy Premier League dropped Chelsea’s price reveals, Edouard Mendy stood out as excellent value, a full £1.0 million cheaper than he began the 2021/22 campaign. Chelsea ranked third last season for clean sheets with 16 - Mendy had a hand in 14 of those shut-outs. While the other premium goalkeeper options Alisson, Ederson and Hugo Lloris have also seen a price drop, they are still £0.5 million more expensive than Mendy.

It comes as no surprise to see that this mis-price has resulted in Mendy becoming one of the most sought after goalkeepers in the game - he’s the highest owned goalkeeper in Gameweek 1 squads at the time of writing, having been selected by over one quarter of fantasy managers. He was ranked fourth for save percentage (73.7%) last season, narrowly behind Alisson (73.7%), who was the best ranked premium goalkeeper for this metric.

Now, the Chelsea defence is a clear target for fantasy managers, and while wing-backs Reece James (£6.0m) and Ben Chilwell (£6.0m) provide plenty in terms of their attacking output to go alongside clean sheets, Thomas Tuchel is famed for rotating his squad regularly. Mendy offers a rare opportunity to pick up a mid-priced option from a premium defence and therefore is an essential for our fantasy squads.

Edouard Mendy (£5.0m) is currently the most owned goalkeeper in #FPL, with 23.6% of teams selecting him 🔝

Which goalkeeper have you got in place for GW1? 🙌 pic.twitter.com/GNEyBJyzzU

Antonio Conte’s full-backs are integral to his system and he’s been able to bring on board a world class option in Ivan Perisic during the summer transfer window. Fantasy fans were unsure whether he would be listed as a midfielder or a defender, having played much of his career as a left winger, so for him to come in at a kindly priced £5.5m defender, he’s quickly becoming a fantasy favourite.

At the time of writing, Perisic is the second highest owned defender in the game, with an ownership creeping up to the 50% mark. While Sergio Reguilon (£4.5m) and Ryan Sessegnon (£4.5m) are capable of playing the same position, Perisic has very much been bought with the intention of being first choice. Antonio Conte transformed him into a wing-back during their time together at Inter Milan in 2020/21, where his attacking output was sensational.

While Perisic is listed as a defender, we should really see him as a midfielder because of the space he occupies on the pitch. Clean sheets are just a bonus, however the Spurs defence have vastly improved under Conte, keeping 13 clean sheets in 28 Premier League games and conceding just 24 goals. If Spurs can maintain these defensive numbers this season, we could see them rival Manchester City and Liverpool for clean sheet potential.

How the new arrivals will affect managers' plans: https://t.co/k77K34cn2D#FPL pic.twitter.com/klujXsKZoy

Mo Salah has to be the first name on our fantasy team sheets as the best player in the Premier League right now - a title which he has been the holder of since joining the league back in 2017. He has won the Golden Boot in three of his five seasons with Liverpool and even added the Playmaker Award to his trophy cabinet last campaign, having notched an incredible 37 goal involvements.

It’s not just the headline numbers we should take note of, but the underlying metrics too: he topped the charts for shots (139), shots on target (60) and expected goal involvement per 90 last season (1.2) - this means that in a 90-minute appearance, Salah is expected to deliver 1.2 attacking returns (goals and assists). He’s already been selected by 60% of fantasy managers who have registered their Gameweek 1 squads.

If you aren’t convinced by Salah already, just take a look at Liverpool’s kind opening schedule: they don’t face another top four team until Gameweek 8, with fixtures against promoted sides Fulham and Bournemouth in Gameweek 1 and 4. Salah could easily be our set-and-forget captain for the opening weeks of the season: he came out of the blocks flying last campaign, with 15 goals and 10 assists in his first 17 league games.

Let's see how much some of last season's top-scoring assets will cost you, shall we? 🧐

Bukayo Saka was one of the surprise packages of last season and his price has increased to reflect this for 2022/23, but he remains the go-to option from the Arsenal attack. There’s plenty of competition for places between Martin Odegaard (£6.5m), Emile Smith Rowe (£6.0m), Gabriel Martinelli (£6.0m), Gabriel Jesus (£8.0m) and Eddie Nketiah (£7.0m); meaning Saka is the safest route into the attack.

Only 10 players managed to better his 20 attacking returns of 2021/22 and all of them come in at the same or higher price than him ahead of the upcoming campaign. We did see him on spot-kick last season when Martinelli wasn’t on the pitch, and he dominates set-piece situations: only Liverpool and Manchester City scored more goals from corners than Arsenal (13) last season.

Interestingly, Salah was ranked fifth for shots in 2021/22 with 97 and only the premium attackers improved on that tally. Arsenal have the best opening fixture run of any Premier League side, avoiding last season's top four in each of their eight opening fixtures, so selecting an Arsenal attacker is a must-have, with Saka best placed to deliver consistent fantasy returns over the early weeks of the season. 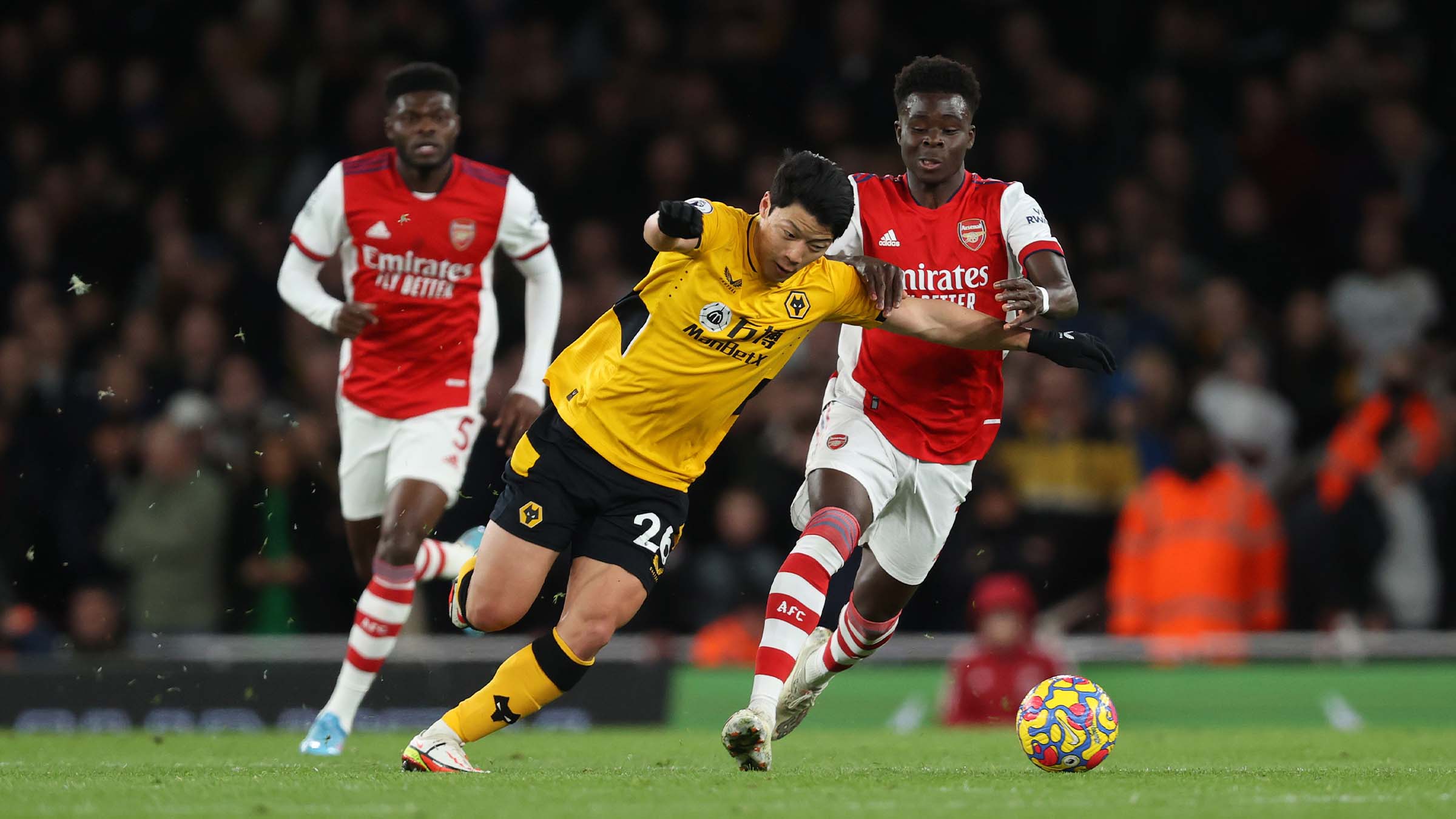 When a world-class player arrives in the Premier League they are always hot property as a fantasy asset, with Erling Haaland already the highest owned player in the game by some margin, in around 65% of Gameweek 1 squads. It comes as no surprise when we consider his history in the Bundesliga and the fact he could be a nailed-on route into the best team in the Premier League, where Pep Guardiola is infamous for rotation.

Haaland’s attacking prowess is impressive, with 135 goals in 196 games: he’s a proven goalscorer and should be able to replicate this in the Premier League. He’s also £0.5 million cheaper than team-mate Kevin De Bruyne (£12.0m) which eases the dilemma of selecting between the pair, plus he will take up a far more advanced position on the pitch. He won’t travel to the FIFA World Cup this winter either, and so is likely to be a mainstay in our squads.

Manchester City have historically struggled to find a reliable penalty taker, so will welcome Haaland’s record of 26 out of 28 successful conversions. It’s a no-brainer to start the season with Haaland as your premium striker and it’s a position where fantasy managers struggled to find depth last campaign. He is likely to be the most captained player in Gameweek 2 and Gameweek 5, where he faces Bournemouth and Nottingham Forest respectively.

Most selected players so far...