In doing so, they obliterated the previous record of four, when Eddie Clamp, Billy Wright, Peter Broadbent and Bill Slater all represented England at the 1958 World Cup in Sweden.

This time around, skipper Conor Coady became the final man to confirm, after Gareth Southgate named his 26-man England squad on Tuesday evening, joining Rui Patricio, Nelson Semedo, Joao Moutinho and Ruben Neves, all in the Portugal camp, Adama Traore of Spain and Leander Dendoncker, who will represent Belgium.

Between the seven, they’ll make it the 14th major international tournament to enjoy a sprinkling of old gold and wolves.co.uk can take you on a journey through the previous 13 competitions which have been privileged to boast a Wolves feel to them.

The fourth edition of the World Cup was the time Wolves got involved, in the form of call-ups to Walter Winterbottom’s England squad for Bert Williams, Billy Wright and Jimmy Mullen.

By this point Williams was the England number one and Wright the skipper, so there was little surprise they started all three group games, but the major disappointment for the nation was that is where England’s journey ended.

That didn’t look like it’d be the case after a 2-0 opening day win over Chile, which saw the Wolves trio start in Rio de Janeiro, before humiliation struck, as the United States, whose squad was made of part-time players, shocked England with a 1-0 victory.

Mullen was one who suffered as a result, being dropped for the final group game against Spain, which ended in a narrow 1-0 loss. England finished second, which would now be enough to qualify, but in 1950 only the group winners progressed to the knockout stages. 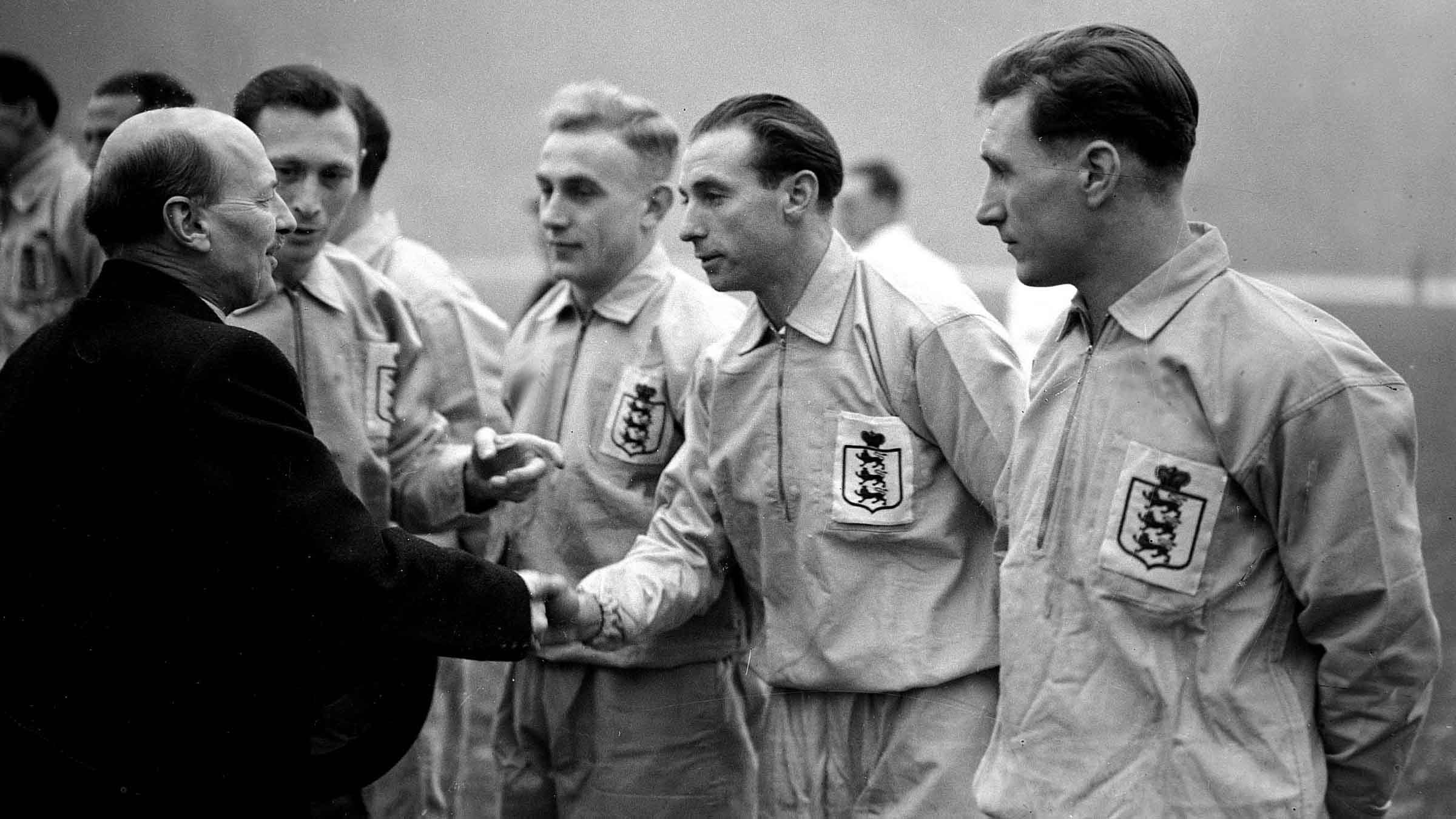 The World Cup headed to Switzerland in 1954, as did Wright and Mullen for their second successive major tournament with England. Their third member had changed however, with the ageing Williams no longer in the reckoning and Dennis Wilshaw earning a call up.

Wright once again captained his country, who got off to an entertaining start, with a 4-4 draw with Belgium in Basel. Mullen and Wilshaw were left on the bench that evening, but that would change as England needed a result in their second and final group game against Switzerland.

All three Wolves men started and things couldn’t have gone more to the script, with Mullen opening the scoring on 43 minutes, Wilshaw adding the second with 21 minutes left and Wright helping England to a crucial clean sheet and qualification for the last eight.

Their quarter final meeting with Uruguay wasn’t so successful, however. Mullen returned to the bench, and Wright and Wilshaw couldn’t turn the tide after conceding in the opening five minutes, eventually going down 4-2 and returning home empty handed. 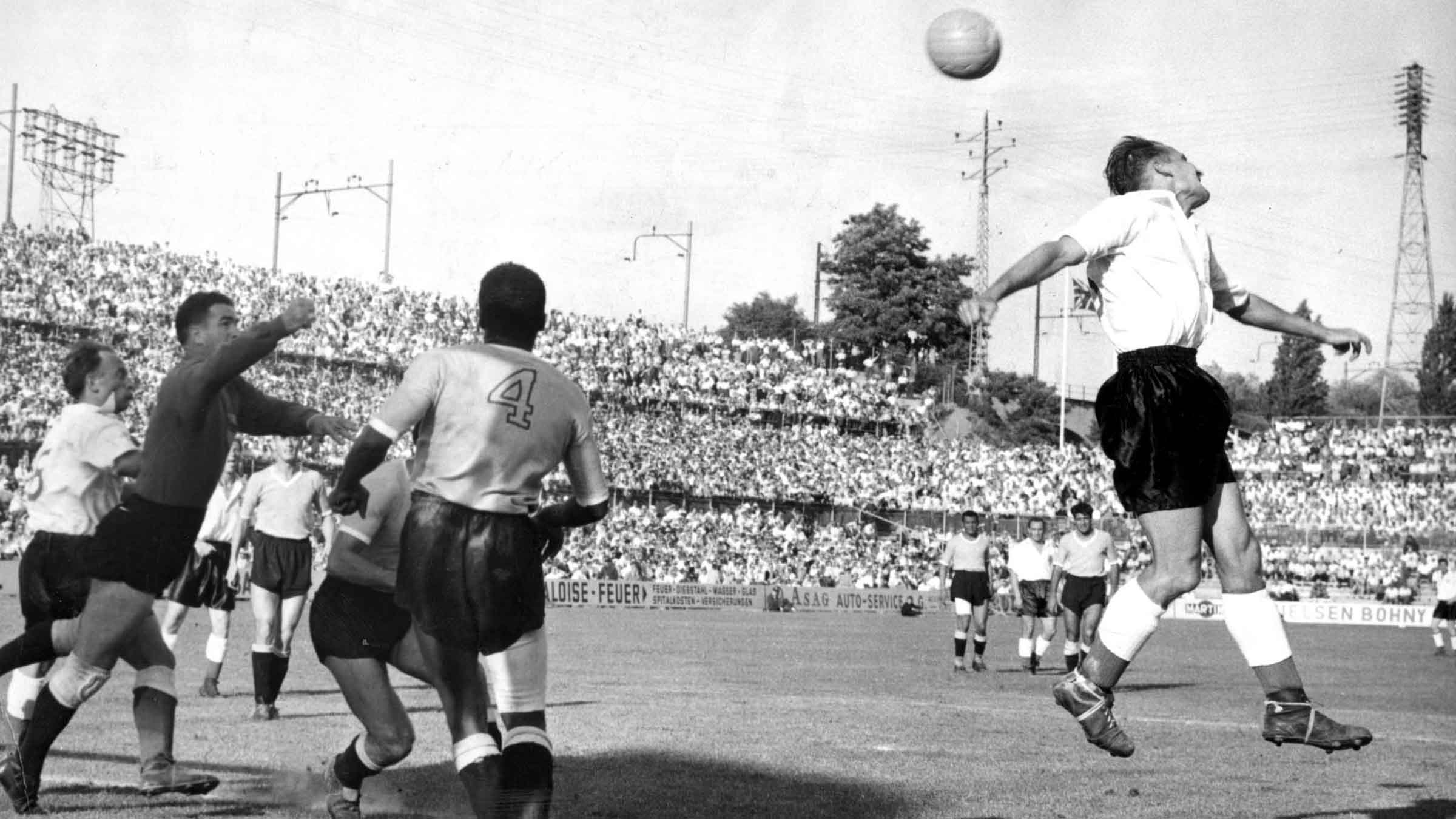 Unfortunately, the competition would once again see the Three Lions bow out in the group stages, however. A 2-2 draw with the Soviet Union kicked things off, with only Broadbent sitting out from the Wolves contingent.

That was the case for the remaining group games too, as a stalemate with Brazil and 2-2 draw with Austria set up a play-off match with the Soviet Union, which was lost 1-0, confirming England's exit. Wright was no longer involved in the England set-up come 1962, leaving it to Ron Flowers to fly the Wolves flag alone in Chile.

The Wolves midfielder was handed an extra responsibility for the competition, which would have a significant bearing on his team – Flowers was England’s penalty taker and twice had to step up from 12 yards.

Flowers tucked away England’s first goal of the competition from the spot in a 2-1 loss to Hungary, before repeating his trick the following game – opening the scoring in a 3-1 success over Argentina.

A goalless draw with Bulgaria booked Flowers and England’s place in the quarter finals, before the curtain drew on their campaign, as eventual winners Brazil proved too strong, winning 3-1 in Vina del Mar.

Flowers scores from the spot against Hungary

Then came England’s finest hour in international football, as Alf Ramsey’s group brought football home in 1966, and Wolves’ Flowers was involved, as his country’s eldest and most-capped player, even if he didn’t make an appearance.

As England flew through to the final on their own turf, Flowers emerged as a potential unlikely starter in the showpiece occasion against West Germany at Wembley, with regular Jack Charlton struggling through illness the day before the game.

Of course, Charlton pulled through, leaving Flowers in a watching role, but it was an enjoyable one, as England won the final famously 4-2 after extra time. Although he had to wait until 2009, Flowers eventually earned a winner’s medal as a squad member during that famous summer. 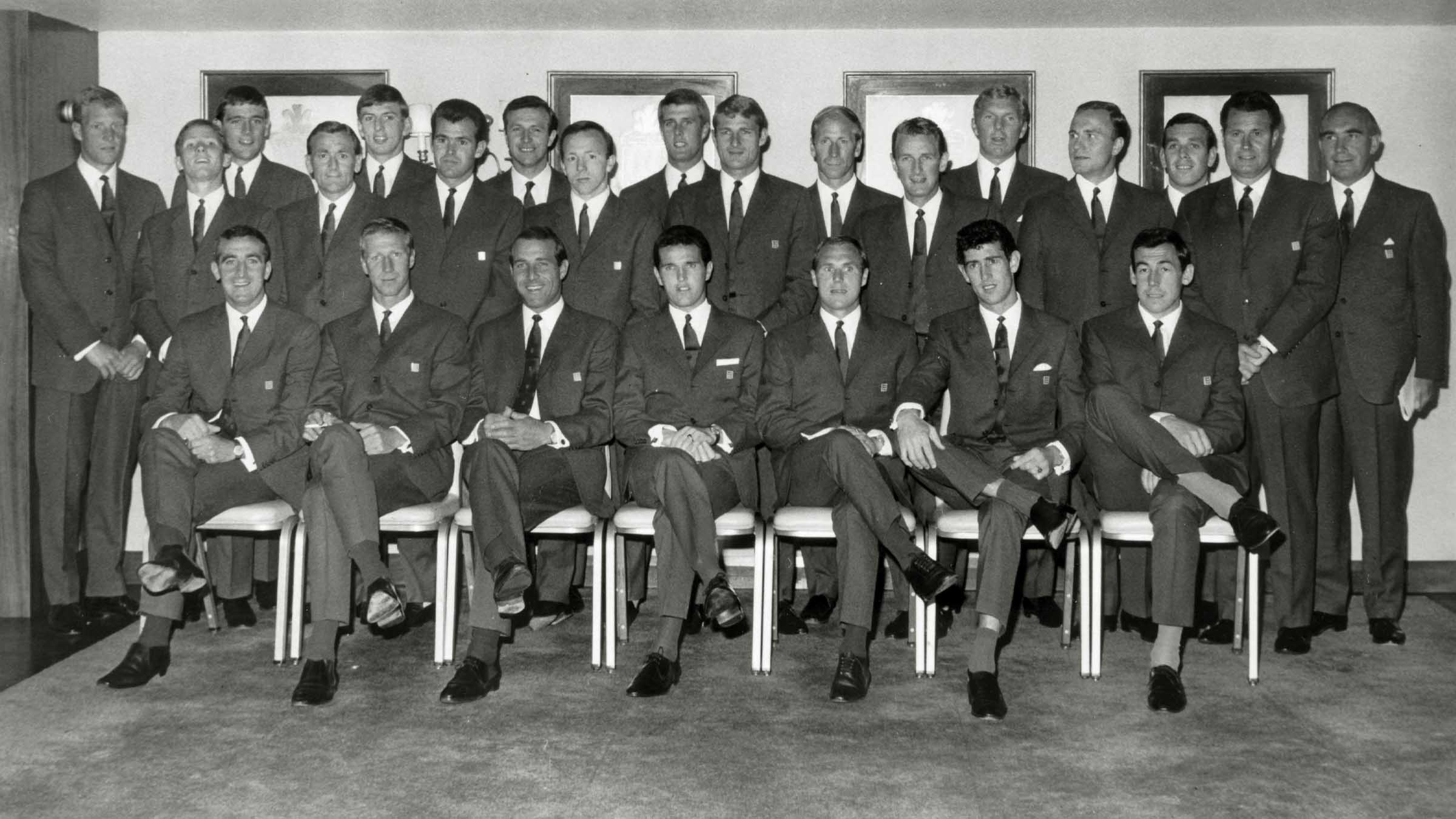 14 years after that success, the England group had naturally evolved, with Wolves’ Emlyn Hughes in the dying embers of his international career, which had wielded 62 caps.

The former Liverpool man had lifted the League Cup trophy earlier that season in old gold and was rewarded for his form with a place in Ron Greenwood’s England squad, but failed to make an appearance in Italy.

A group exit was how things ended for the Three Lions, who drew with Belgium and beat Spain, but suffered a costly defeat to hosts Italy, who pipped them to a place in the knockout stages by one point.

Another ten years then passed, with Wolves struggling in the lower ebbs of the Football League, but as Steve Bull led their resurgence up the leagues, he caught the eye of Bobby Robson.

A century of goals, back-to-back promotions and an impressive England debut while a third tier players attracted Robson’s attention further, describing Bull as “the most refreshing player to hit the scene for a very long time”.

Then a second tier player, Bull rightly took his place in England World Cup squad and made four appearances, three as a substitute against Republic of Ireland, Netherlands and Belgium and once as a starter against Egypt.

The Belgium success came in the last 16, and although Bull wouldn’t feature in the remaining three games, he stayed part of a group which finished fourth, agonisingly losing to West Germany in the semi-finals. 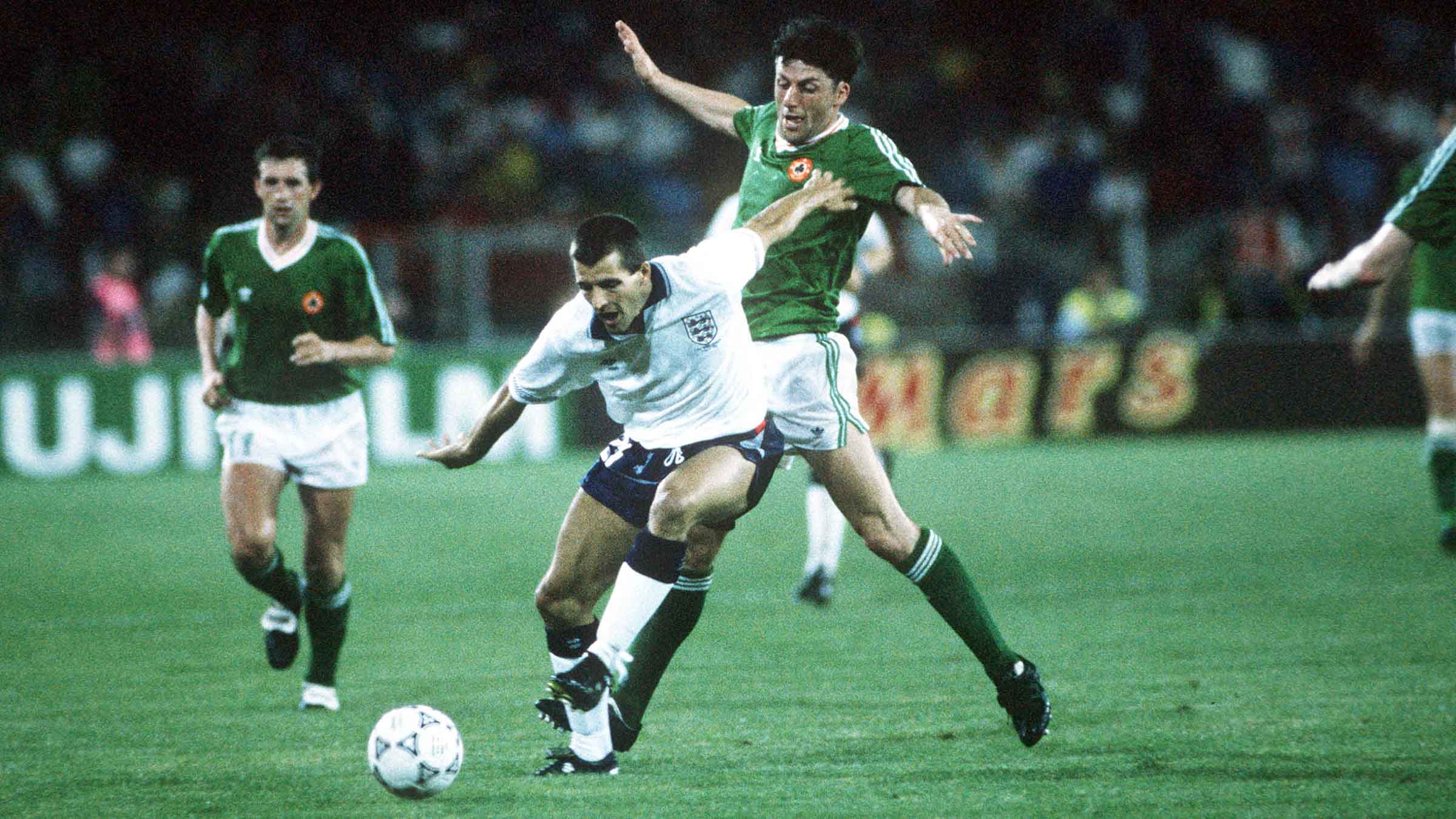 In 1994 David Kelly made history of his own, becoming the first Wolves player to appear at a major tournament for a country other than England when he was named in the Republic of Ireland squad in the United States.

In between seasons at Molineux, Kelly was given the nod by Jack Charlton, who then left the striker on the bench for the victory over Italy and defeat to Mexico. However, Kelly wouldn’t be denied, making his one and only appearance as a 64th minute substitute against Norway in a goalless draw.

That draw saw Ireland through, but Kelly had to remain on the bench as they bowed out to the Netherlands in Orlando. Seol Ki-Hyeon was a popular figure during his time at Wolves and Dick Advocaat had took note, naming the wide man in his South Korea squad for the 2006 World Cup in Germany.

Although Seol failed to make a start for his country, who lit up the World Cup in their own country four years previous, he did at least earn two run outs off the bench.

After being unused on the opening day against Togo, Seol played the second-half as South Korea impressively drew with France, and also came off the bench against Switzerland, but as the game finished in defeat, so did Korea’s knockout stage dreams. Before Wolves began a second successive Premier League campaign under Mick McCarthy, three of his stars had a World Cup to concentrate on – Adlene Guedioura with Algeria, Nenad Milijas of Serbia and the United States' Marcus Hahnemann.

Three substitute appearances were reward for Guedioura, one of which came in a goalless draw with England. That was Algeria’s only point of the competition, but Guedioura enjoyed the chance to play on the world’s biggest stage.

As for Milijas, he started Serbia’s opening game, a late defeat to Ghana, but didn’t appear again in the competition, as his nation also bowed out at the group stage with just three points to their name.

Finally, Hahnemann spent the tournament as an understudy to Tim Howard, remaining on the bench as the United States exiting at the last 16 stage. 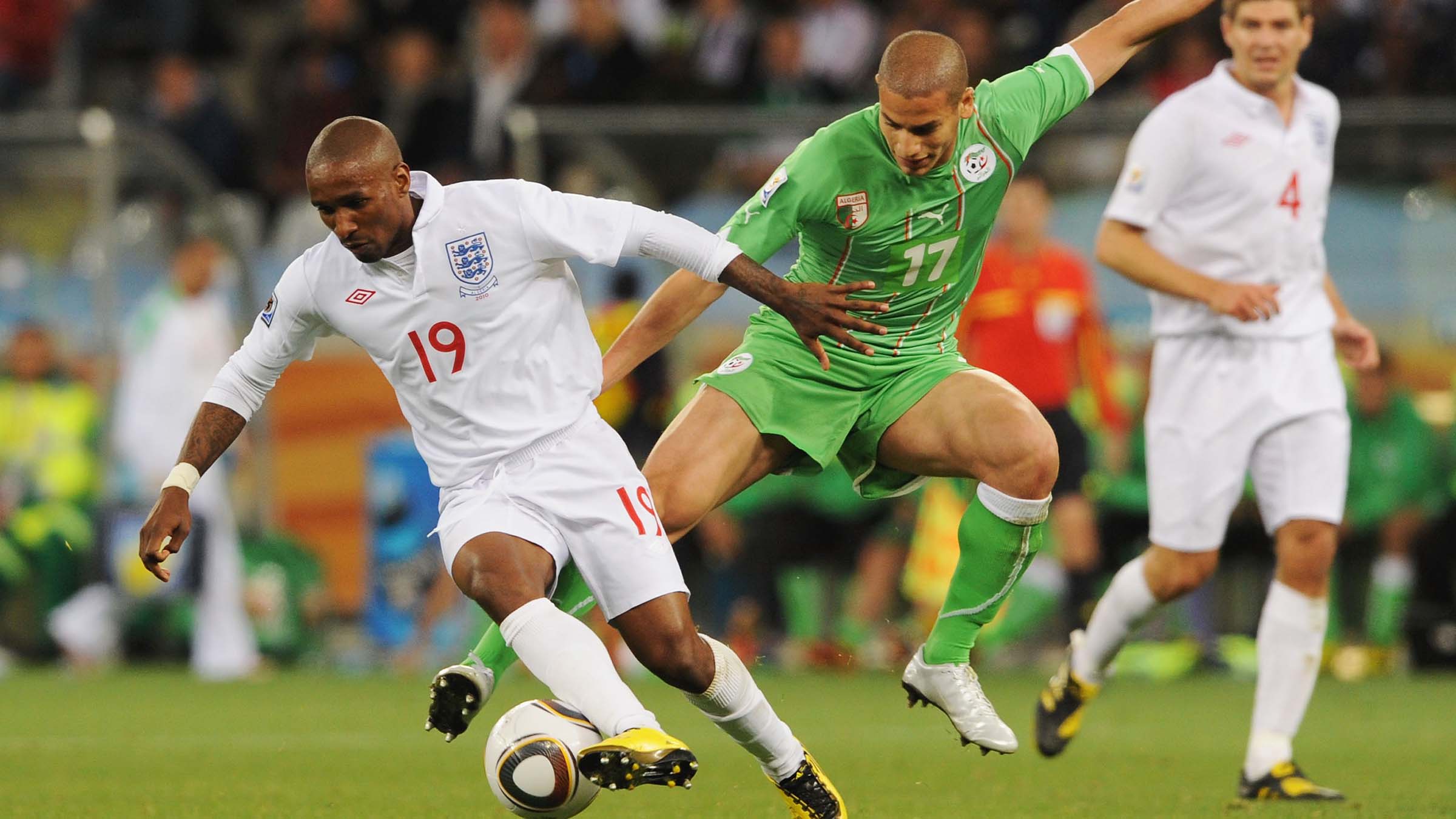 Guedioura battles with England's Jermain Defoe at the 2010 World Cup

Around 2012, when the Euros headed to Poland and Ukraine, Wolves were enjoying a strong Republic of Ireland contingent, and three of them, Stephen Hunt, Stephen Ward and Kevin Doyle, received call ups.

Three group games and zero points was the outcome for Ireland, who were pitted in a tough group alongside eventual finalists Spain and Italy, as well as Croatia. Ward featured in all three games, Doyle in two, while Hunt returned home without a minute to his name. 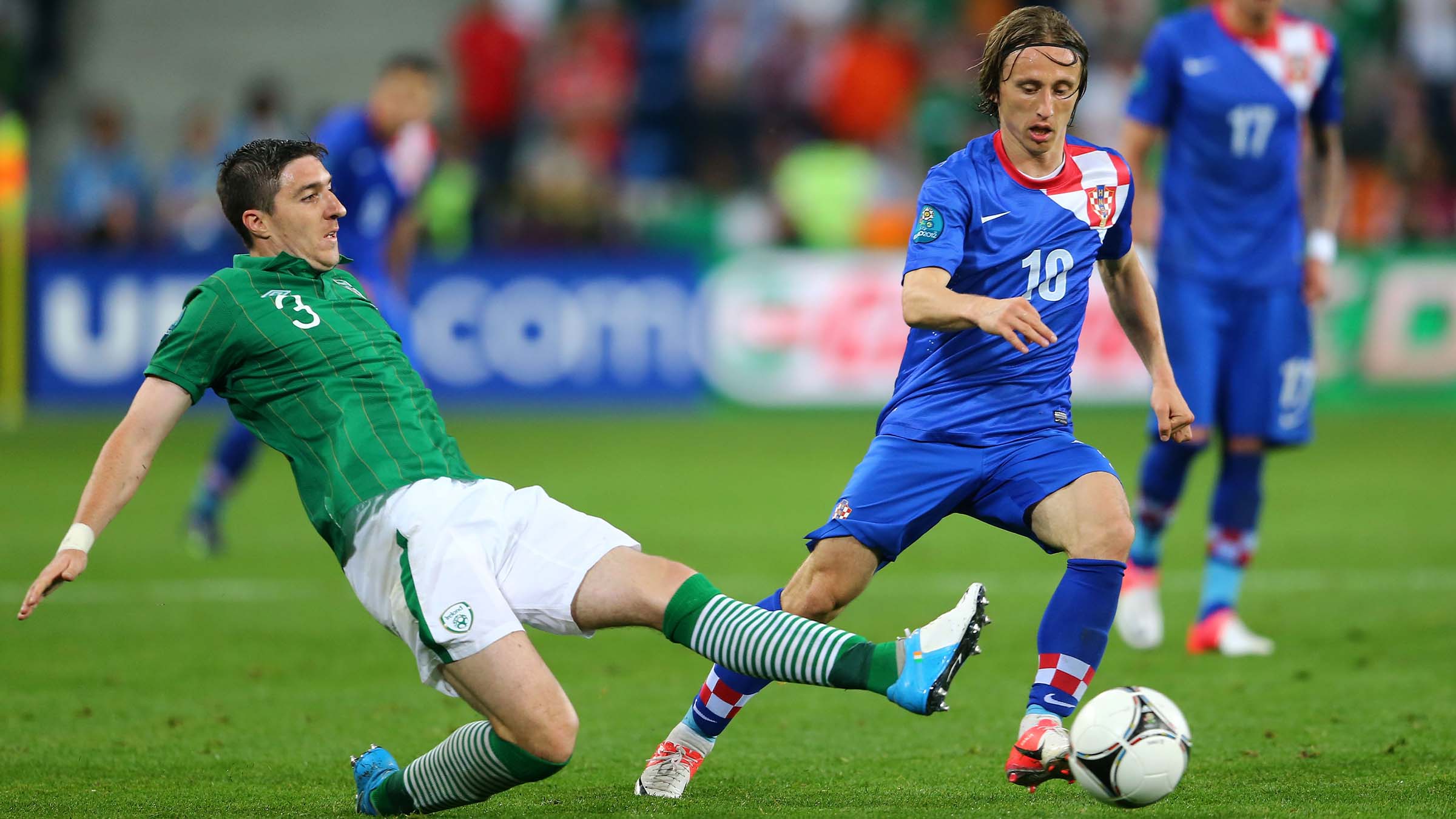 Few can forget Wales’ memorable journey to the semi-finals in the last European Championships in France, and a big part of that group was legendary Wolves midfielder Dave Edwards.

Chris Coleman handed Edwards a start in an opening day win over Slovakia, while he used the midfielder off the bench in a late defeat to England and routine success over Russia, as a place in the knockout stages was confirmed.

While Wales enjoyed a ride all the way to the last four, with wins over Northern Ireland and Belgium, Edwards wouldn’t feature again, but will still treasure the memories the trip created. Romain Saiss had just completed his second season in old gold and had been a regular as Wolves secured promotion back to the Premier League, earning a place in the Morocco squad on the back of that. Rui Patricio signed up to the Molineux project mid-tournament, so didn't kick a ball in a Wolves shirt until after returning home.

Out in Russia, Saiss was representing Morocco in their first World Cup since 1998 and started in a narrow loss to Iran and an eye-catching 2-2 draw with Spain, while sitting out of a potential meeting with his future team mate Patricio.

The goalkeeper kept a clean sheet that day, as Portugal beat Morocco 1-0. In fact, Patricio played in all of Portugal’s games – a 3-3 draw with Spain and 1-1 draw with Iran, before Uruguay knocked them out in the last 16. 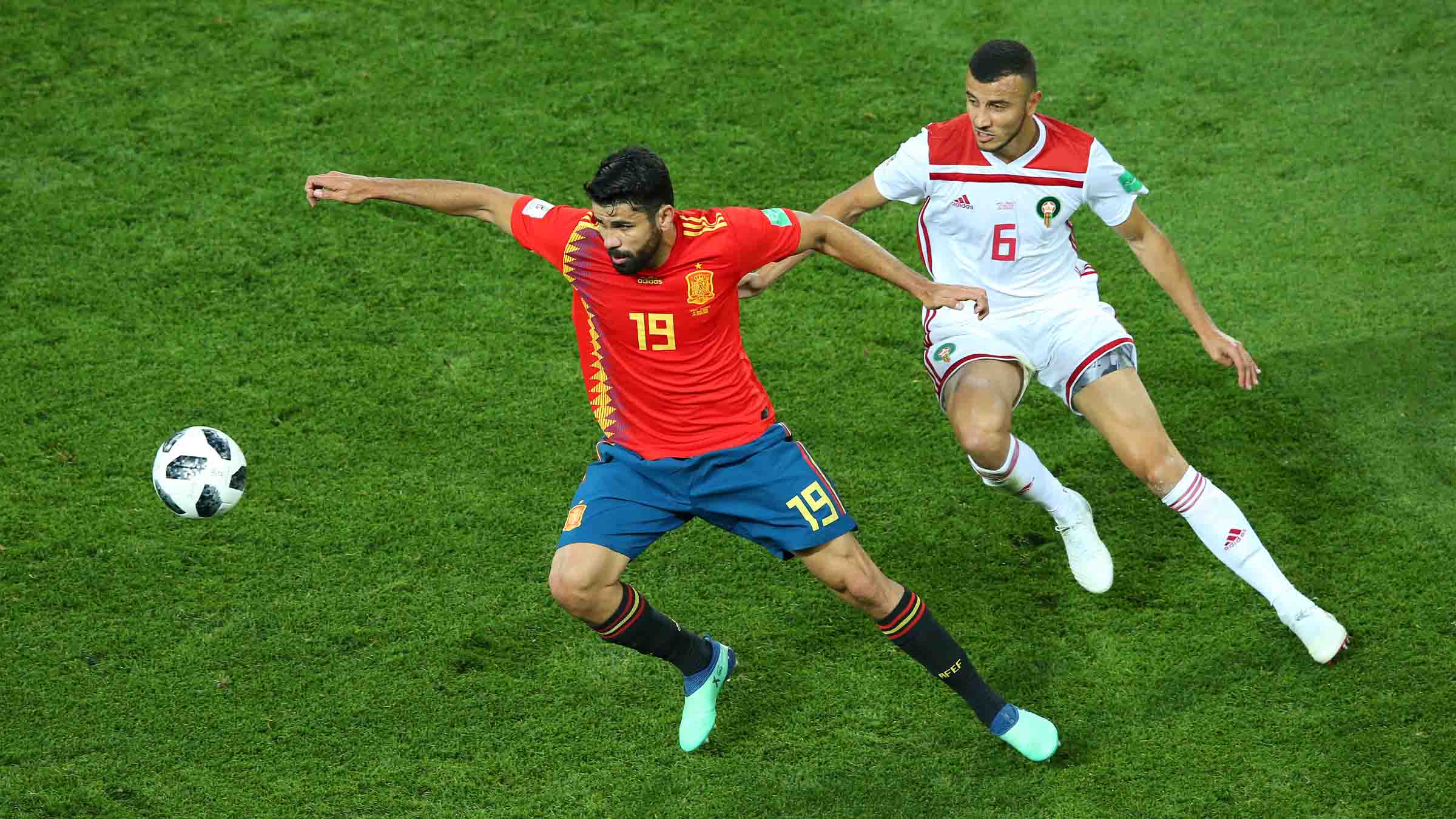 When Belgium take to the field against Russia next Saturday, Dendoncker will be in line to open Wolves’ account for their 14th major tournament, with England, Spain and Portugal all in action for the following three consecutive days.

All four nations hold aspirations of reaching the showpiece event at Wembley on 11th July and for Wolves to be represented that day would be the perfect ending to the 2020/21 campaign.