Owen Otasowie | From the cages of Peckham to the Premier League

The pool of talent arriving from across the pond is starting to make an impact in Europe, with the US men’s national team growing in stature and recognition.

And one man who is aiming to be at the centre of things for the stars and stripes is Wolves’ Owen Otasowie. A player who mixes power and technique in the middle of the park, and has started to make a real impression at Molineux.

A product of the club’s academy, Otasowie has progressed through the ranks with speed, and at just 20-years-old, he has broken into Nuno Espirito Santo’s thinking this season, racking up five Premier League appearances.

The first of those came in the 2-1 home win over Chelsea in December, with Otasowie replacing Leander Dendoncker at half-time to make his league debut in the famous gold and black. 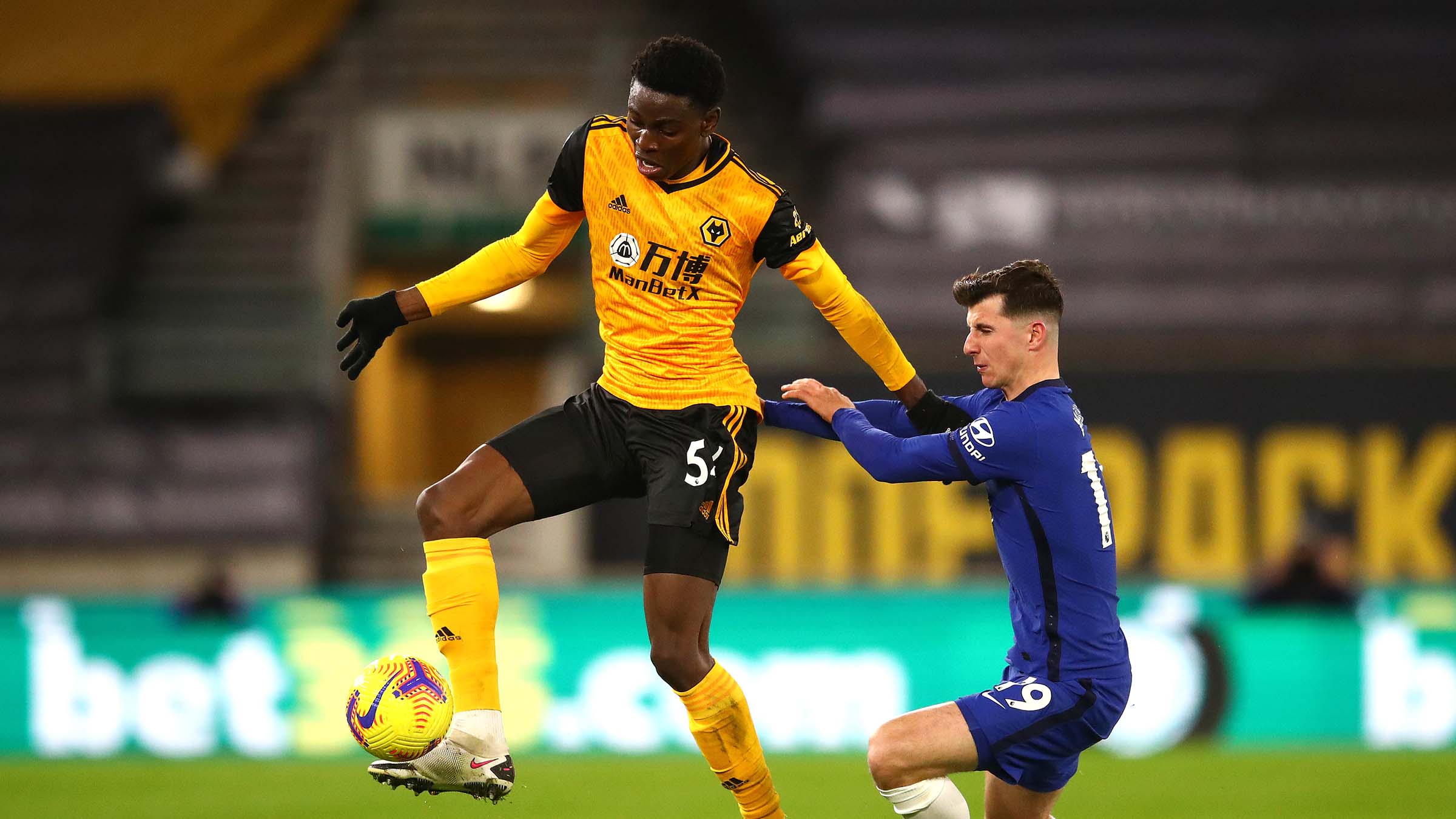 Pundits were purring at Otasowie’s performance, with the midfielder displaying the attributes he’d done so consistently for the academy sides, and for such a huge occasion, he was surprisingly calm.

When asked if he was nervous about his first Premier League outing, Otasowie replied: “No, I was ready. He [Nuno] told me at half-time that I was coming on. But no, I wasn’t overwhelmed or anything, it was pretty normal.”

Unfazed by such a test, it’s clear that Otasowie has immense self-belief and even higher expectations for himself.

Despite getting the assist for Daniel Podence’s equaliser just minutes into his top-flight debut, he simply said: “I got praise for it, but in my eyes, I just won the header.

“I directed it to him, so it counts for something, but I didn't really think of it too much because he did most of the work. I just got him the ball.”

Most players would be ecstatic with an assist on their first appearance in the Premier League, but Otasowie simply saw it as a small stepping stone in what promises to be a long and successful future at the club.

But his football journey has not been an easy one. Family issues when he was young meant that he was, in his own words, “shipped” from New York to the UK, where he lived with his aunt and two cousins in south London.

“I fell into football, because that’s the culture here,” the midfielder recalls. “When I was 12 or 13 years-old, that’s when I started to enjoy it.

“In those areas, it’s mainly cage-type football, that's really what made me enjoy it. With cage football, you’re playing with a lot your friends and it's a kickabout, but everyone's competitive at the same time.”

Having progressed from the cages of Peckham to the pristine training pitches of Compton Park, Otasowie’s competitive edge has never dwindled.

“I used to play centre-back in training when I first started with the first team, and me and Adama would just be doing crazy shoulder to shoulder stuff.

“He’d try and run past me and the ball would be in the air, but we’d just be fighting it out and sometimes the manager would have to tell us to calm down.”

One man who has significantly contributed to Otasowie’s journey so far is Nuno, and the 20-year-old revealed how he was nurtured by the coach who guided the club to a seventh placed finish last year.

“He’s a really good manager, and he supported me a lot to be honest because I've got into a lot of mischievous stuff at Wolves.

“But he really put all of that to one side and spoke to me on a serious level and put an opportunity in front of me. He explained how things can work with my behaviour being more professional, so he’s helped me develop as a person as well as a player.”

The innate competitiveness he has shown to get to where he is today will be enhanced further by the backing of a vociferous crowd, something Otasowie has only experienced once. That came on his first-team debut against Besiktas in the Europa League group stages last season.

With fans due to be back in stadiums before the end of the season, Otasowie could well find himself playing with an adoring home crowd behind him in the not too distant future, something his talent and hard work certainly deserves.

“After I made my debut in the Europa League, I don’t think I slept because there was a lot of adrenaline, a lot of shouting and just a lot going on.

“The atmosphere then was crazy, so playing in front of them week-in, week-out, I think will be a serious experience.”