Vitinha | 'I feel fully integrated in the team'

At just 21-years-old, moving away from home and to a new country for the first time, not to mention in the middle of a global pandemic, could have felt like one of the biggest challenges a young footballer could face, but Vitinha has made his transition to Wolves with relative ease.

Joining fellow summer arrivals Fabio Silva and Nelson Semedo, Vitinha is one of eight Portuguese players in the squad, the Iberian influence that runs through the Wolves side has also helped Vitinha through the toughest of transition periods.

The young midfielder said: “It’s always easier when a big part of the group is Portuguese, and I watched the games when I was in Portugal.

“There are a lot of Portuguese people here and I feel good here, I feel fully integrated in the team and society too. I’m liking being here.

“But with Covid, I haven’t had the chance to know England and Wolverhampton. I haven’t left home yet.”

Of course, Vitinha has senior English pros such as Conor Coady and John Ruddy to help him ease into life in the UK, but the 21-year-old has been impressed with the local cuisine as well, having moved away from Caldo Verde and Francesinha sandwiches to fish and chips and sticky toffee pudding.

“The food has been great here too,” he said. “I thought it would be worse, but it’s been great at the club and at home. I can get Portuguese food too.”

He is certainly following in familiar footsteps, with teammates Ruben Neves and Willy Boly both making the switch from Porto to Wolverhampton before him. 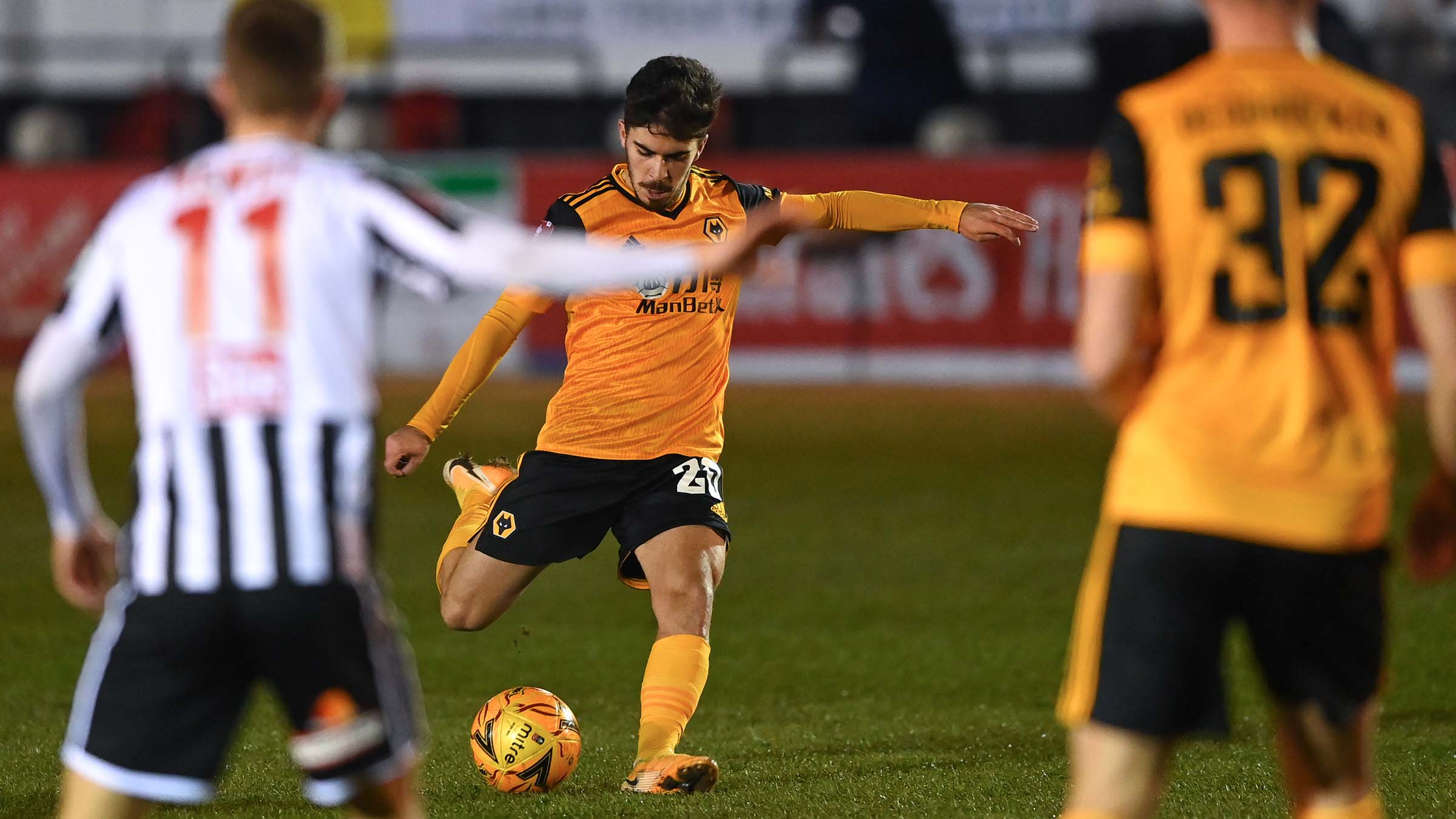 Vitinha has previous experience with another Porto alum in Silva, having played with the striker at in the club’s under-19 team, from which he fondly remembers a goal from the forward which he assisted in the UEFA Youth League semi-finals.

Another player Vitinha has prior experience to playing with is Pedro Neto, with both players being part of Portugal’s under-21 national side, and the pair linked up with each other in a game against Norway, in which Vitinha assisted Neto, and the forward repaid that with an assist of his own later in the match.

There is a theme to these memories – assists. As a midfielder, that is his bread and butter, and something he enjoys: “My main strengths is technique, the pass, the reception. I like to go with the ball, to move the game forward.”

Vitinha can score goals too, which he demonstrated wonderfully with his opening goal in English football against Chorley in the FA Cup. A rocket from 35-yards which swerved one way and then the other before nestling in the back of the net.

“I shoot well, like you saw”, he joked, but there will not have been many players before, or indeed in the future, that will score a better first goal for the club than his.

When asked about what the future holds for Vitinha in the gold and black of Wolves, he said: “I need to do my things the proper way, the way they ask me to, to do my best.

That humble mentality has not stopped the young Portuguese from dreaming big, though. His ultimate goal in football would be to “win the Champions League. That would be the climax.”

Vitinha is one of the many highly rated prospects that are coming through the Portuguese national sides, and he is in no better place to shine than at Wolves.

Under the guidance of Nuno Espirito Santo, this young, humble and charming midfield is on the right path to achieving his goals.