Inside The Museum | Johnny Hancocks’ Boots

One of the key members of Wolves’ great side in the 1950s was Johnny Hancocks. Standing at just over five foot tall, the winger had a magic in his feet and formed a magnificent wide partnership with Jimmy Mullen.

The ‘outside right’, who was inducted into the Wolves Hall of Fame in 2015, could score with either feet, reaching double figures in each of his 10 seasons at Molineux. If you were to take a visit to the Wolves Museum, on display are a pair of Hancock’s boots, which are unique in more ways that one.

Pat explains: “These boots belonged to Johnny Hancocks. He was a mighty player for Wolves, being a key member of the team which won the FA Cup in 1949 and the league title in 1954 – despite his small height of just five foot three and feet that were about a size four-and-a-half. 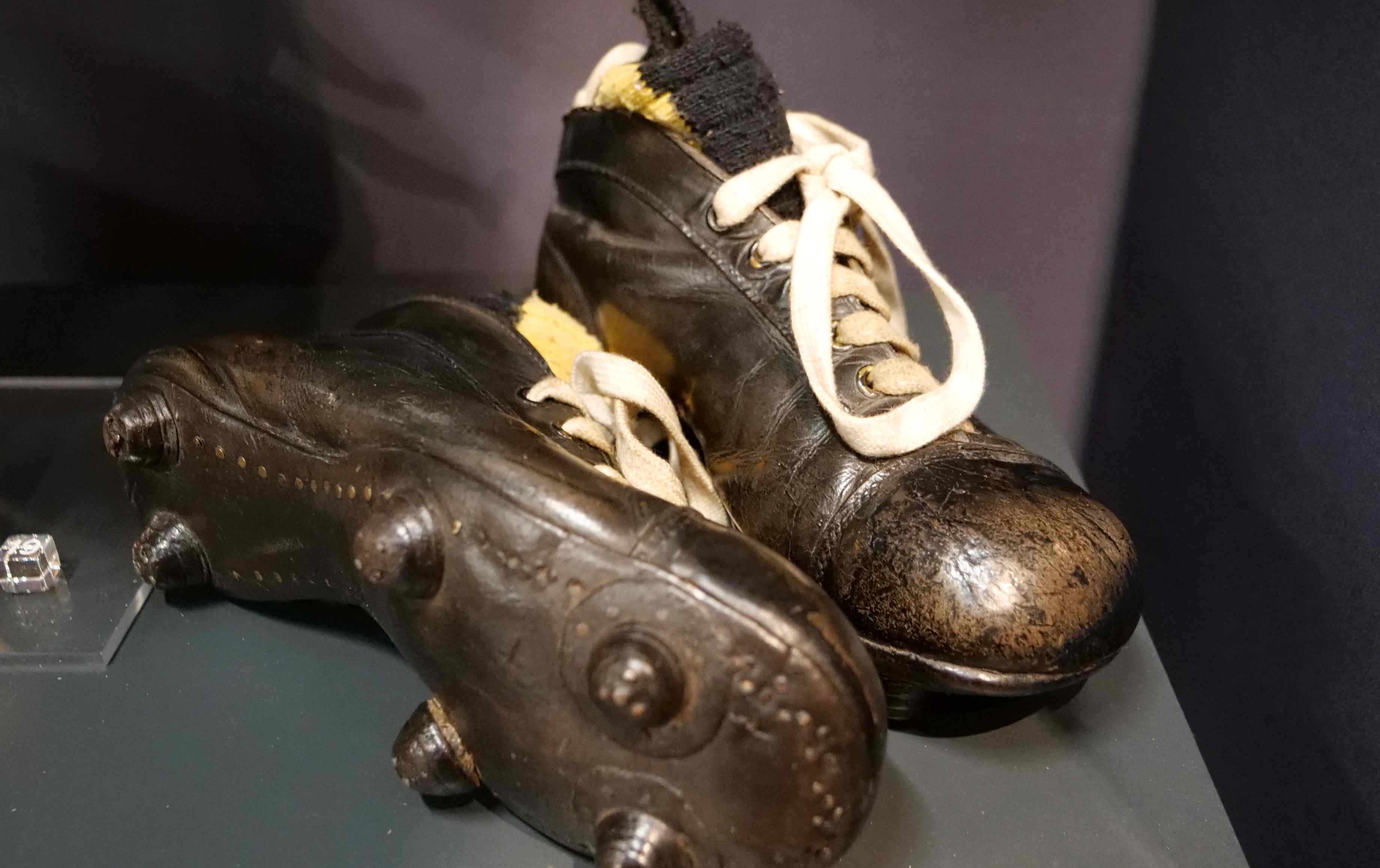 “He had such a powerful and accurate shot, and it’s incredible that he was able to play as well as he did – and shoot the ball as hard as he could – with such small feet and with how heavy the balls were in those days.

“Because of how hard he would hit the ball, he had a pair of boots that used to split quite regularly and at the time, players would only have the one pair.

“Once, he sent these boots back to the manufacturers to be repaired and they returned them with a jigsaw puzzle piece etched onto the side of them.

“That was because the manufacturer thought they were for a little boy – but Hancocks was an England winger at the time!”