European football is the source of John McAlle’s finest memories from his time as a lynchpin in the Wolves defence, and the club legend, who appeared in the 1972 UEFA Cup final, now reflects on his time in old gold and black.

I was 15 years of age. Jim Moffat was the north west scout and there were several clubs interested in me, but Jim seemed a nice man. He brought me down to Wolves and we looked around the ground, the old one, and I had the feeling it was a family club. John Ireland was the chairman then, he came over to say hello and took me to see Molineux. It had just been painted, which I didn’t know and there was red lead paint on the barriers. My mum had bought me a brand-new suit. I was that amazed at the ground that I lent on a bar, and the red paint went all across my suit. We got the white spirit out and tried to rub it off, so my mum was paying for the suit for ages and it was no good, but it was a nice feeling around the club.

It was against Chelsea in 1968. It was magic. I can’t remember a lot because it was 50-odd years ago, but what I do remember is John Hollins in their midfield. I remember tackling him and I was made up. We lost 1-0, but we played them the following week at home and battered them, but I was on the bench for that one and came on as a substitute.

I shouldn’t talk about goals because the lads take the mickey out of me something rotten. My first goal was against Manchester City in a League Cup game. It was the North Bank end and it just hit my knee and went in. After that I scored against Academica de Coimbra in the UEFA Cup, home and away, so in the statistic books it shows John McAlle scored two in Europe which I’m quite happy about.

That was against Porto in the UEFA Cup. It was the year after we reached the final. We got beat 4-1 in Portugal and every goal was my fault. I couldn’t do anything right, it was unbelievable. For the first one, Derek Parkin had the ball at full-back, I was further up the field, and someone was closing him down, so he passed it to me and went to knock it back to Phil Parkes with my weaker right foot, and I chipped him. It was a great goal, just in the wrong end. It’s a good job I only had a few games like that. 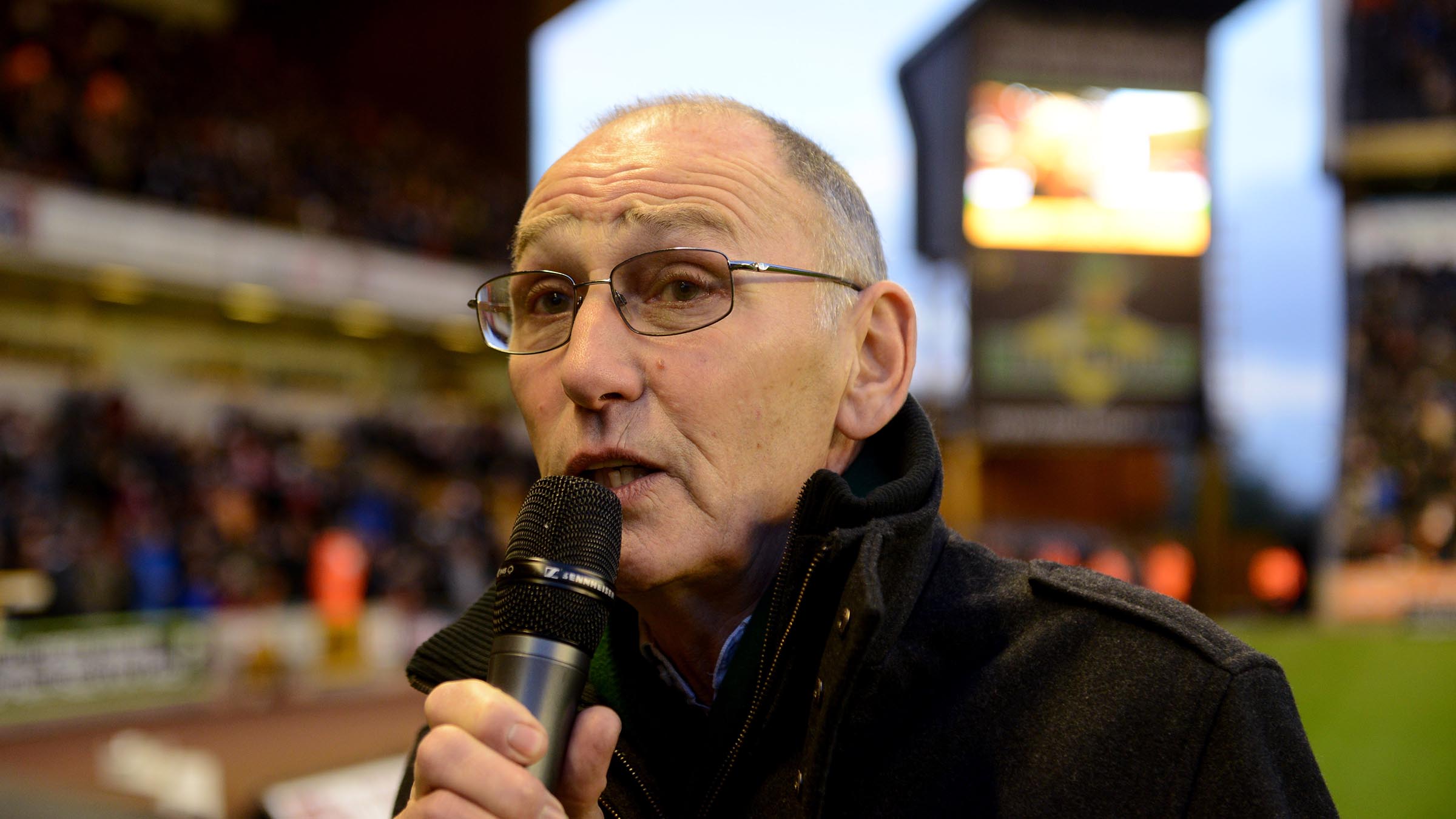 The best games were the European games, they were fabulous. We’d go away from home and we’d play Juventus, a few days before we would go over to Italy and we really enjoyed each other’s company and were a really good side. Those games against the European teams were something else, I really did enjoy them. The team played so well, then we got Tottenham in the final and it didn’t feel like a European game. We should have beaten them at home, but that’s the way it is.

We played the same players practically for nine or ten years and we had people like Derek Parkin, John Richards, Derek Dougan, Dave Wagstaffe, Jim McCalliog, Frank Munro, Phil Parkes, Geoff Palmer, we had great players everywhere, so I couldn’t pick one, because they were all good players. With us being together for so long, we created a good feeling of being in it together and getting stuck in and it worked.

We looked at ‘the Doog’ and he was the grandfather of the team. He was a great footballer and a great trainer. We all wanted to beat ‘the Doog’ and that was our aim. If we went out to Cannock Chase running, we’d try to beat Derek Dougan but most times he’d beat us. That type of professional, like Derek and Mike Bailey, you looked up to.

‘Waggy’ didn’t like training and didn’t need to train really because he knew what he was doing. He was match-fit but hated running up Cannock Chase.

Derek Parkin. I roomed with him all the time and we got on well. Geoff Palmer roomed with Steve Daley and ‘Lofty’ would room with Gerry Taylor. It was good.

In our prime we’d give them a game. It wouldn’t surprise me if we’d beat them.