Wolves meet Aston Villa on Saturday evening in a game which could have huge implications on the 2017/18 Championship, however it’s a fixture steeped in history, going back many years.

Saturday’s Villa Park meeting will be the 125th between the two clubs but it was the fifth contest, way back in 1888, which proved the most significant in English football.

It was 8th September 1888 at Dudley Road, a year before Wolves’ move to Molineux, when the two Midlands clubs met for the first ever English Football League fixture.

Nobody knew how the future would unfold, with just 3,000 fans present that afternoon, as the fixture kicked-off marginally before others in the division.

Gerson Cox was the first goal scorer, but in the wrong net, as his own goal put Wolves in front, before Tommy Green equalised for Villa, as the contest finished in a draw. 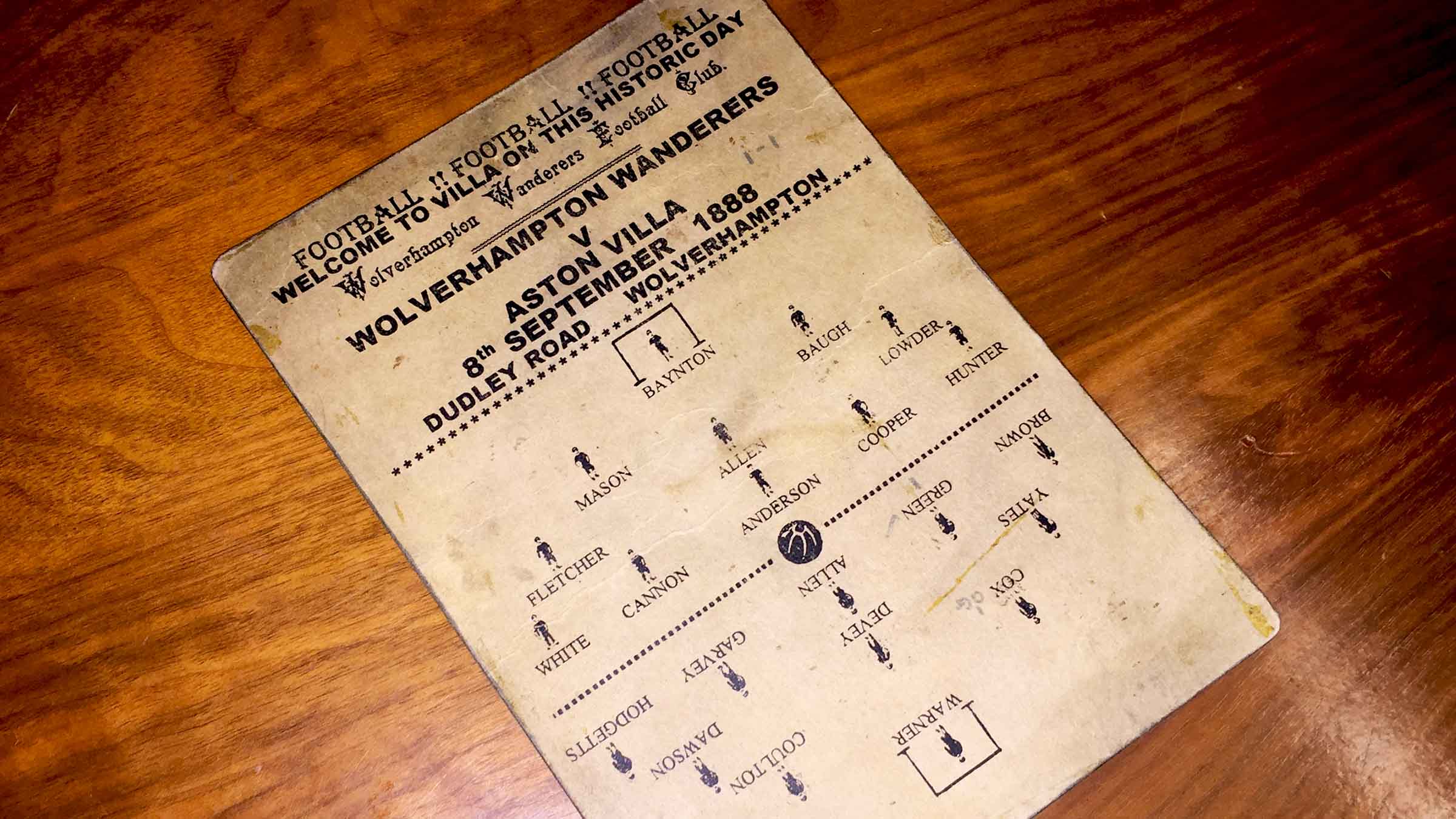 The team card from that afternoon is one of many historic items on show at the Molineux Museum, with supporters invited to visit and learn more about Wolves.