Wolves travel to Elland Road looking to return to winning ways and can take inspiration from the history books when looking for important wins of the Yorkshiremen.

Under Graham Hawkins during the 1982/83 season, Wolves and Leeds were competing in Division Two, with both clubs aspiring to be in Division One.

A rip-roaring start to the campaign set Wolves on their way, but it was a 10-game unbeaten run during the winter months which proved vital, including the Leeds contest in question.

Wolves had won their previous four matches against QPR, Shrewsbury, Burnley and Fulham, so welcomed Leeds to Molineux in confident spirit on 3rd January 1983. 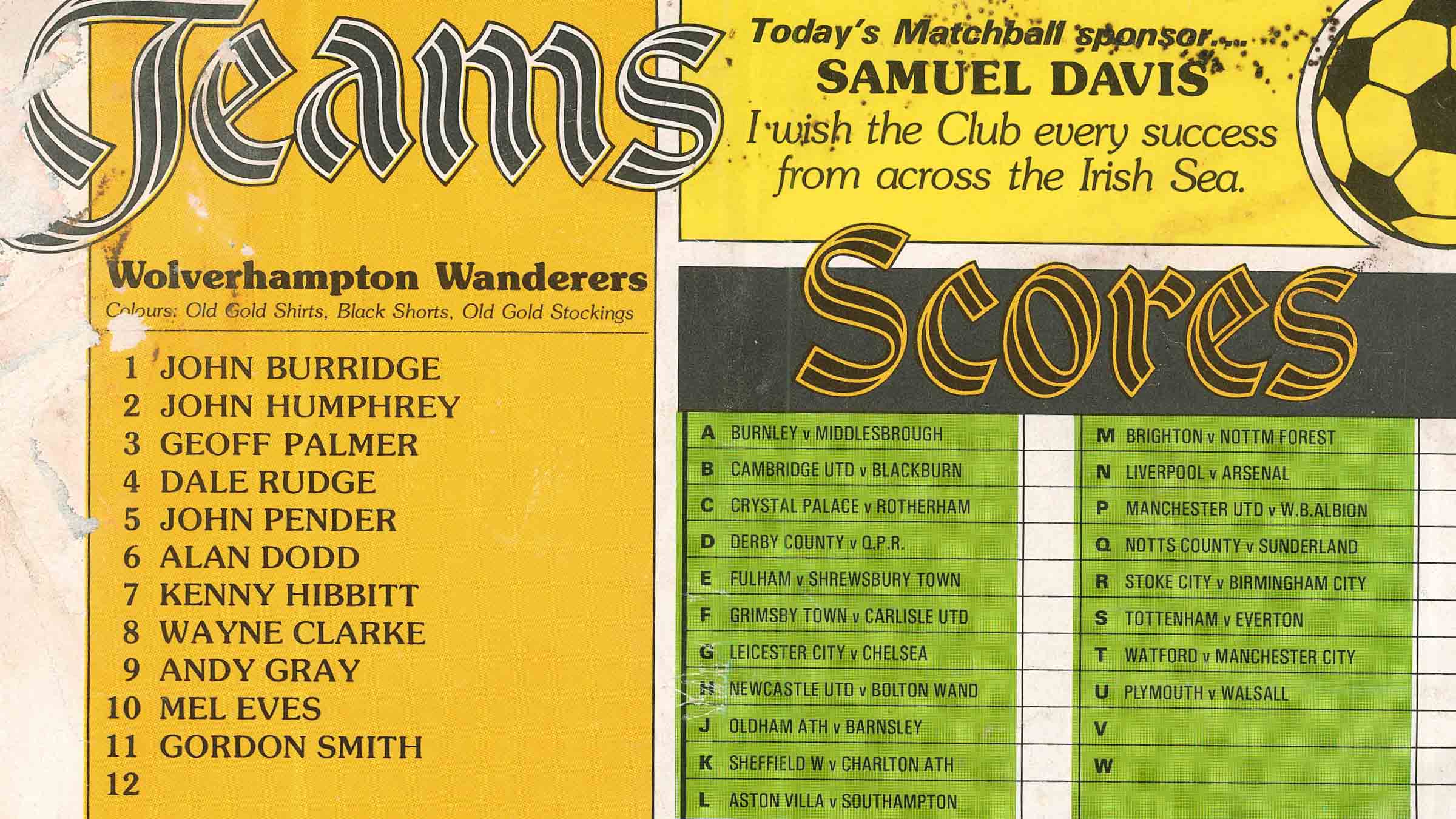 Their confidence was justified too, with Mel Eves, Wayne Clarke and Andy Gray securing three crucial points in a 3-0 success over United in front of 22,567 fans.

The importance of those points became magnified as the season went on, with Wolves winning just five more matches that campaign, but that winning streak across December and January saw them over the line.

Supporters can reminisce on that era in the Molineux Museum, where the matchday programme from that afternoon is available.

Inside the programme, which was priced at 40p, is a look back over the QPR win, a column by Alan Williams of the Daily Express and a look at Eddie Gray’s Leeds side.