As Wolves look to sign off from 2017 on a bright note, they can look into the archives to find a dazzling victory over Bristol City from 1990.

With Graham Turner at the helm, Wolves had won just three of their opening nine Division Two fixtures, but made up for it when the Robins arrived at Molineux.

Steve Bull’s fourteenth hat-trick in gold and black was the talking point, while fellow club legend, Andy Thompson got in on the act to complete a 4-0 victory.

17,791 supporters flocked to Molineux as Wolves won a third consecutive home game and Bull added to his season tally, which was eventually concluded at 26. 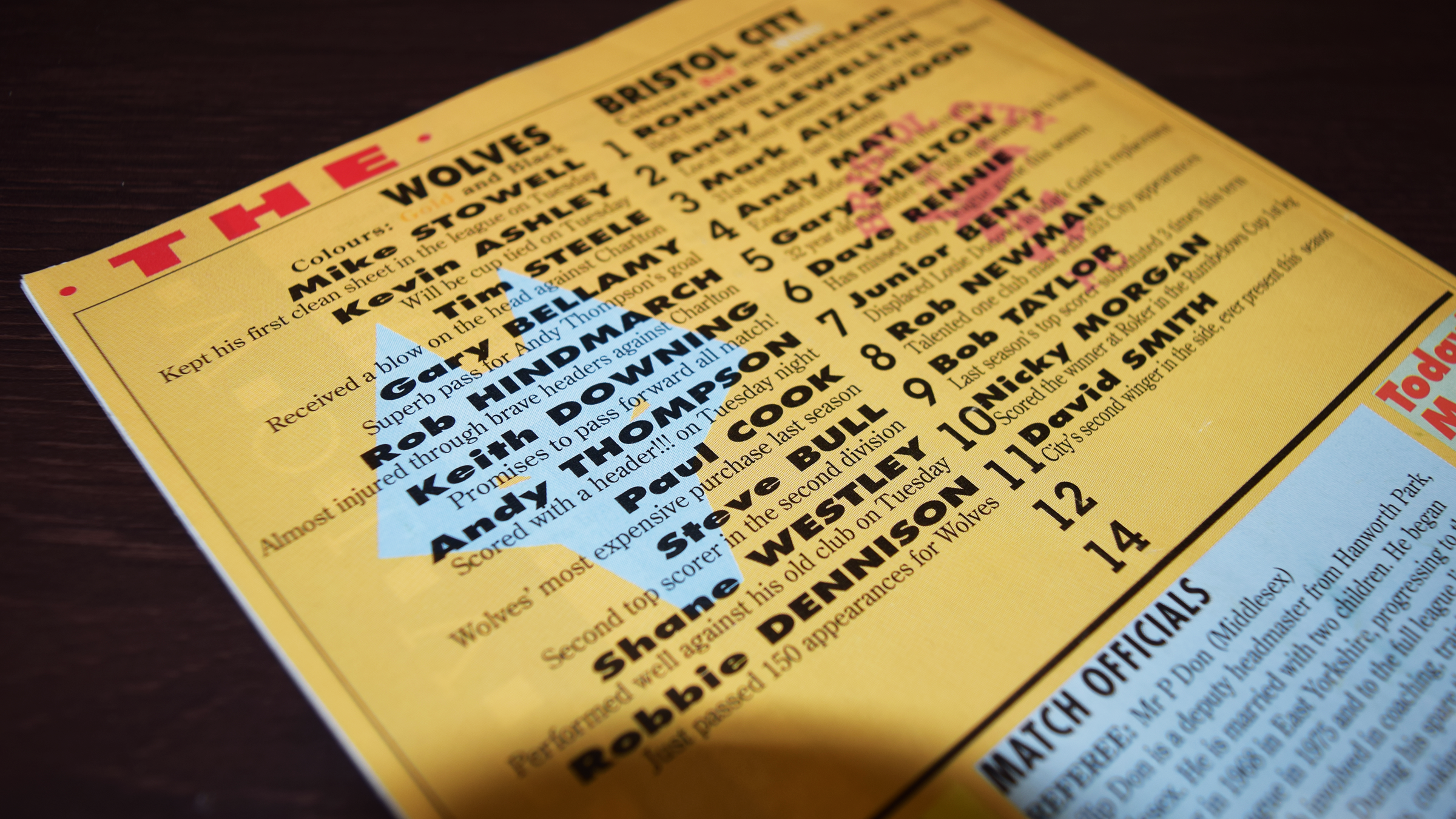 It was the biggest margin Wolves would win by that campaign, which saw them finish 12th, three places below their opponents from Bristol.

The programme, titled as ‘Molinews’, can be found amongst the archives at the Wolves Museum.