This week saw the ePremier League (ePL) club playoffs being played to find out who will be representing Wolves in the ePL finals in March.

A dozen players from both PlayStation and Xbox battled it out on Wednesday 23rd February until the two finalists were found.

Representing Wolves on the PlayStation is Kai ‘KaiFIFA’ Harris, aged 21, from Cwmbran in Wales. Speaking about his run in the playoffs Kai said: “Representing Wolves for me means everything, it means the non-stop hard work that I put in the last couple of years is starting to pay off.

“I’m very much looking forward to the finals, I’ll make sure to do my best and make all Wolves fans proud on the big stage.”

Joining him in the finals, competing on the Xbox side, is 28-year-old Joe ‘SNG Joey’ Sharpe from Leicester. “It means so much,” said Joe. “It’s an incredible event and one of the biggest any pro can look forward to and hope to qualify for at the start of the season.

“To represent Wolves is an honour and I’m very proud. I’m happy for Kai too, I think he is a great player and I believe we can do very well.

“I can’t wait to be at the event, it’s been a long time with Covid since LAN events have been on, so this feels extra special because it’s almost like normality is back for esports pros and I’m buzzing to be back.”

Now in its fourth season, the ePL allows FIFA players to compete for one of the 20 Premier League clubs, on either Xbox or PlayStation, for the chance at a share of the £100,000 prize pool on offer.

Keep an eye on our social media channels to find out how you can support Kai and Joe and where you can watch the finals as well as exclusive content on the build-up to the finals in London. 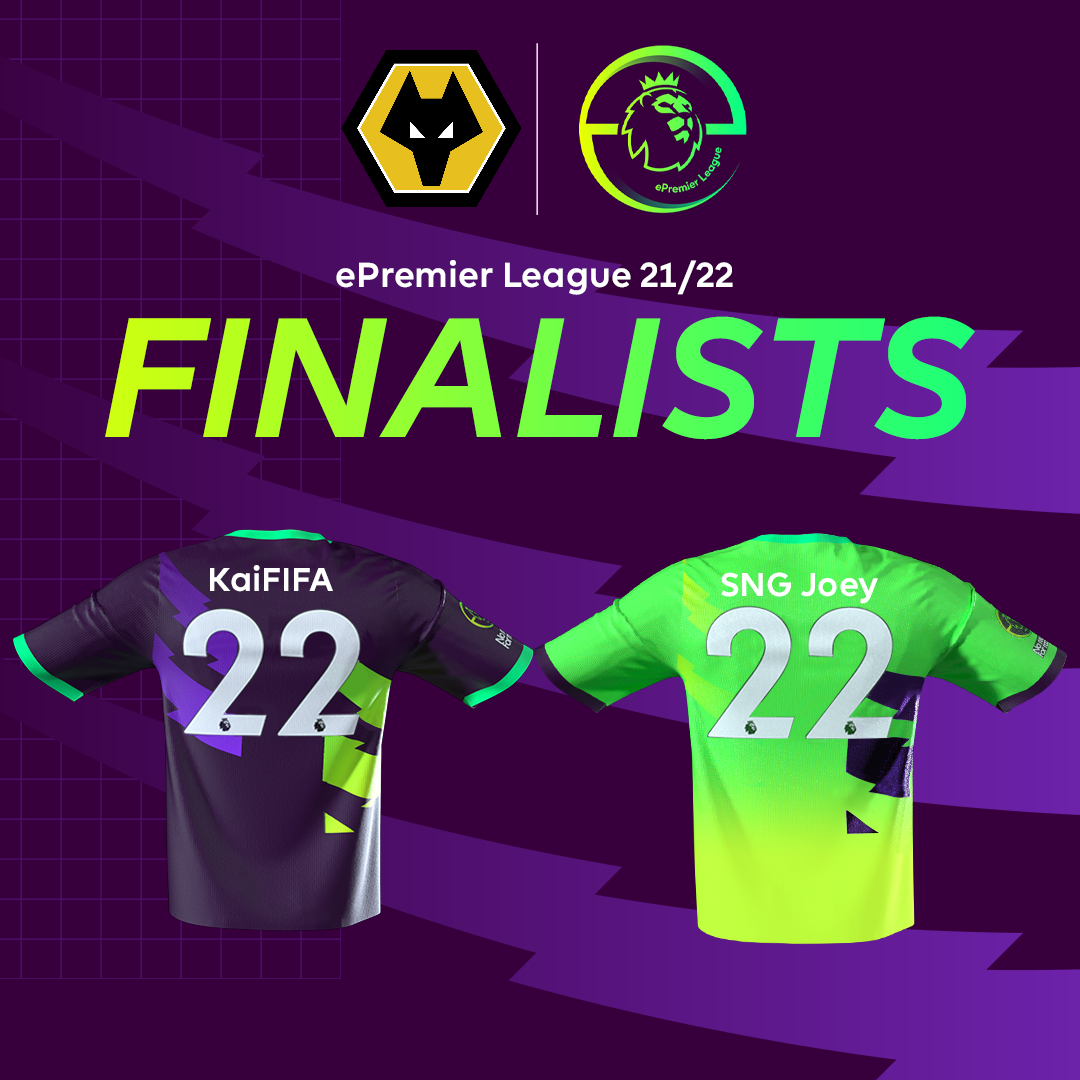