During last year’s Black History Month, wolves.co.uk heard from several staff members and players at the club to find out which important figure from black history inspires them.

One inspirational story came from Kiya Wright, who works in the conference and events department at Wolves, as she spoke about her auntie, Paulette Wilson. Click here to read Kiya’s story.

Windrush campaigner Paulette fought off a wrongful deportation in 2017, before setting about assisting the battles of those in a similar situation, taking signatures to Downing Street to support people from the Windrush generation that had been wrongly detained.

A year on, Kiya has provided us with an update to her story.

You may remember my post last year for Black History Month where I spoke about my inspirational person, my auntie, Paulette Wilson.

Being a year on from that post, I wanted to reflect on the previous year and the changes that have happened since her passing.

In June, my entire family were invited to a special memorial for Paulette. This was conducted just shy of a year after Paulette’s passing.

Firstly, the memorial started with the City of Wolverhampton Council raising a flag in Wolverhampton city centre. This is located in the square outside of their offices.

The erecting of the flag was a show of solidarity with all of those effected by the Windrush scandal.

As you may remember from my previous article, my auntie was part of the Windrush generation and was wrongly detained just a few years ago.

Since this happened, and up until she passed away last year, Paulette campaigned to help people who are in, or have been in, a similar position to her.

Due to Paulette’s heroic campaigning, the Mayor of Wolverhampton and the city council have awarded her a blue plaque, which is located outside of the Wolverhampton Heritage Centre.

The centre is widely known amongst the Caribbean community in the area and was previously the constituency office of Wolverhampton MP Enoch Powell, where he wrote the ‘Rivers of Blood’ speech.

Conducting this ceremony within the same location the speech was created felt symbolic, and as if we had come full circle. 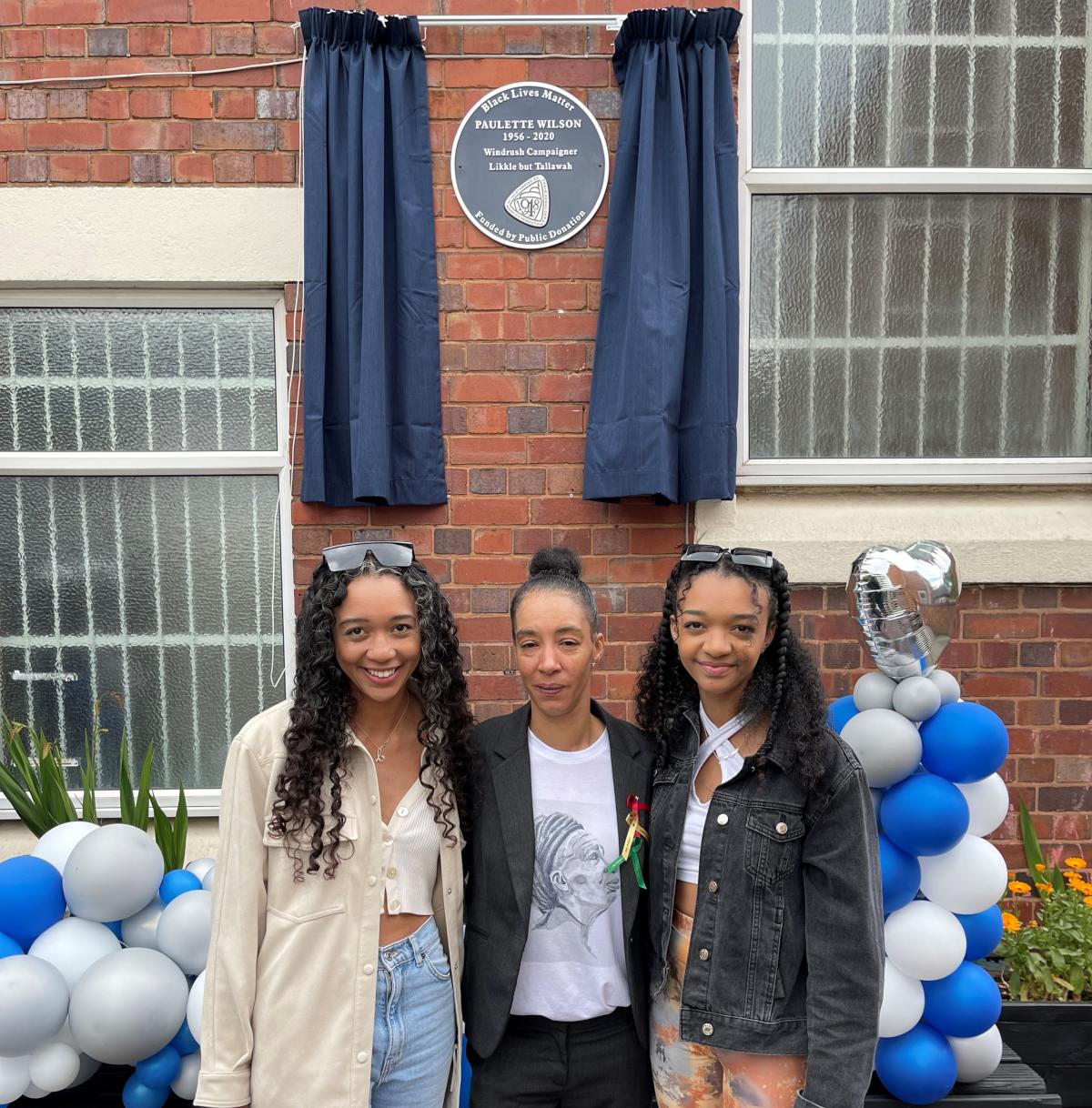 Kiya, her cousin Natalie, and her sister Zharnaé in front of Paulette’s plaque.

I am very proud to say that Paulette has been awarded this plaque.

The day was very emotional, but equally an amazing one, knowing that Paulette is still having such a positive impact on the world to this day.

I hope that we carry on with this same energy until these issues are resolved.

You may also wonder why Paulette’s plaque states ‘Likkle but Tallawah’. In Jamaica, this means ‘small but mighty and powerful’, which really does resonate with the person that Paulette was.

I hope that in years to come I can tell more and more people about Paulette’s story and that it will continue to be a powerful story that will make for change.