The Wolves Wishes scheme has been operating since the 2014/15 season, during which time, several wishes have been granted creating special moments for supporters who have been through a difficult time or go out of their way to help others.

In One Pack Week, we look at some of the Wolves Wishes which have been granted during the past 12 months despite the difficulties of the Covid-19 pandemic.

Despite a difficult and challenging 12 months with Covid-19 and lockdown affecting so many supporters, Wolves Wishes has continued to operate, utilising delivery services and video calls in a creative manner to provide more special moments and memories for fans.

Charlotte Johnson, marketing manager and member of the Wolves Wishes team, said: “In previous years, we have been able to arrange special visits to Molineux or the training ground to help create really special Wolves Wishes.

“Covid-19 and the restrictions that come with it meant that this would not possible. However, we felt that it was more poignant than ever to continue with the scheme with so many supporters struggling with the effects of the pandemic, and others providing vital assistance on the front line as key workers.”

During the first months of the pandemic, Wolves Wishes utilised delivery services to provide treats to key workers across the city, such as organising a pizza deliveries for all of the NHS staff who were living away from their homes in the Novotel.

The Wishes team delivered a huge selection of essential toiletries, snacks and drinks to them while supplies in supermarkets were running low.

The Wishes team also sent large quantity of Cadburys chocolates to the Ambulance depot – with a thank you message on all of the boxes. 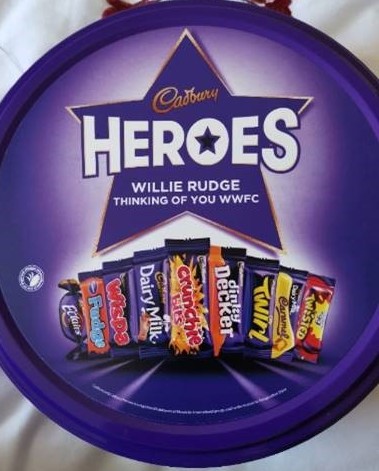 Willie Rudge, aged 62, was a Wolves fan living in Scotland. Having been diagnosed with terminal cancer, a group of his friends decided to make one last trip with him and treat Willie to his first Wolves match at Molineux.

Wishes had organised a pre-match tour of the stadium and museum after Willie and his friends secured six tickets for the Bournemouth fixture set to take place at Molineux in March. However, with the nation going into lockdown the trip was postponed and eventually cancelled.

“We were disappointed not to meet Willie and his friends having worked on the wish for quite a few months,” said Jeanette Walker from the Wolves Foundation, who is also part of the Wolves Wishes team.

“Since so many supermarkets were struggling to keep up with demand, we organised a fruit and veg delivery from a local shop in Glasgow for Willie and his family and sent a box of chocolates too. We received lots of messages of thanks from Willie and his friends.

Joshua Ellis, aged 15, was undergoing treatment for Hodgkin’s Lymphoma when his mother reached out to Wolves Wishes.

Kath Morgan, 88, an avid supporter, was taken to hospital after an accident at home, suffering a broken wrist and a nasty bump on the head. While she was recovering at home the Wishes team had a Wolves themed bouquet delivered to let Kath know that the club were thinking of her.

Bernard and Val celebrated their 50th wedding anniversary by tuning in to watch the home fixture against Leeds United. Their family reached out to Wolves Wishes with details of a fantastic story which saw Wolves take on Leeds on the day of Bernard and Val’s wedding 50 years to the day.

The Wishes team arranged for Wolves scarves, flowers and a cream tea to be delivered for them to enjoy ahead of the game, though the only gift Bernard wanted was three points. 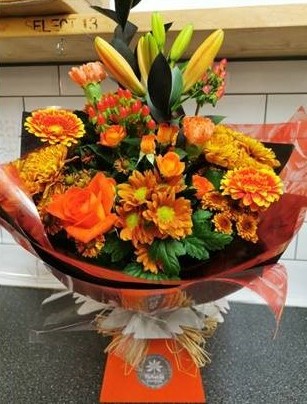 John Ruddy and other Wolves players met Mia in December 2017 when she was undergoing treatment for Leukaemia at Ronald McDonald House in Birmingham.

Her parents Anjna and Simon were interviewed, explaining their story, which can be seen here. John Ruddy then invited her to be a mascot once she was well enough, video of this can be seen here.

Simon said: "We met the Wolves team during our stay at RMCH in 2017, whilst we were caring for our daughter Mia at Birmingham Children's Hospital who was being treated for Infantile Leukaemia. It was a very emotional and difficult time for us as Mia wasn't even one year old.

"It was wonderful to meet the Wolves team. They were so kind and considerate, and really helped to lift our spirits. They asked after Mia and how we were coping, and invited Mia to be a mascot when she came out of hospital. It was such a lovely gesture but at that particular moment in time, we couldn't see past the day let alone consider a future when Mia would be out.

"Thankfully Mia was discharged and began recovery at home. Mia was invited by John Ruddy to be a mascot and she was thoroughly delighted. The day was magical for all of us.

"It was a huge milestone in Mia's journey but also for us a family. Mia met all team, had a tour and was walked out with Conor Cody to the centre of the pitch. We were overwhelmed by the experience and the roar of the crowd.

"We were so proud of Mia, having overcome so much at such a young age and the kindness of the whole team. Today, we are unable to drive past the ground without Mia getting excited about football. We are now avid Wolves supporters and Mia hopes to play for team when she is grows up!"

Since then, Simon has gone to on to help the Wolves Foundation with their ‘Head for Health’ programme, talking to participants about the struggles through the journey becoming a stay at home dad to look after this daughter.

Nominating someone for a wish.

Dave Wood, supporter liaison officer and part of the Wolves Wishes team said: “We have had to be creative during the pandemic. It will be good to welcome fans back onsite for wishes following the pandemic.

“All wishes are well received and can truly make a difference to someone just knowing the club have taken the time to think of them.

“Whether it is to lift their spirits during a period of illness or as a reward or a thank you to show appreciation for a job well done.”

Supporters wishing to nominate someone for a Wish can do so by clicking here.