Wolves fans are being urged to sign up for a free Safe and Well visit from West Midlands firefighters, after Molineux was hit by fire earlier this year.

Twenty firefighters from Black Country fire stations - several Wolves fans among them - stopped the blaze, which is believed to have started in a dishwasher, but there was still significant fire and smoke damage.

Now the football club is urging its followers to think about fire safety at home, to protect them and their families. A series of social media posts will urge fans to make sure they have working smoke alarms, to register electrical appliances and to have a night-time safety routine - to try to avoid the unthinkable happening at their homes.

Watch commander Andrew Howard, the first officer to respond from Wolverhampton fire station, said: “My crew have all been Wolves fans since they were young. We couldn’t believe it when we found ourselves responding to a fire at Molineux.

“We arrived in just two minutes and quickly managed to contain the fire and stop it spreading. But if it can happen at Molineux, it can happen anywhere.

“It’s really important to turn off appliances like dishwashers when they’re not being used. Never leave them on if you go out or to bed.

“You should also register electrical items and appliances when you get them, so the manufacturer can contact you if there’s a safety issue or recall.

“And, if you’re unlucky enough to have a fire at home, working smoke alarms will give you vital time to get out and call 999.” 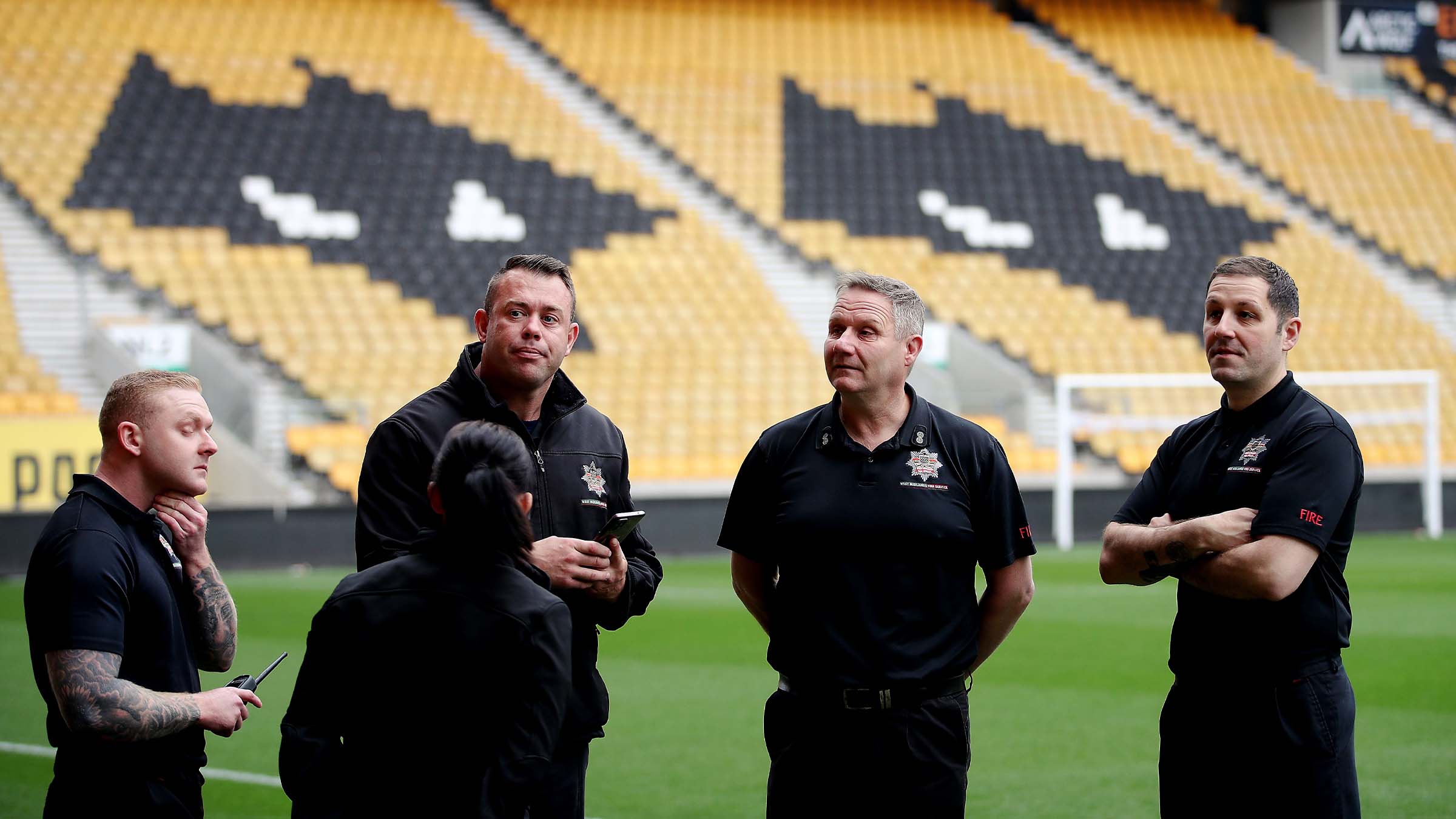 Steve Sutton, facilities, safety & security director at Wolves, said: “The fire was a huge shock to our fans and everyone at the club. Fortunately, no-one was hurt.

“There’s no doubt that the rapid response and actions of West Midlands Fire Service stopped it escalating into something much worse. We’re incredibly grateful for everything they did.

“We don’t want the same thing to happen to our fans or their families. Just a few simple precautions can stop a fire happening in the first place. This includes booking a free Safe and Well visit from West Midlands Fire Service.”

Safe and Well visits can be requested by calling 0800 389 5525 or visiting wmfs.net/our-services/safe-and-well/, and Wolves fans are asked to quote initiative number 4564.

WMFS is also repeating its call to business owners to check they have a fire risk assessment in place, following the Wolves fire. Visit wmfs.net for more details.