Stan Cullis to be honoured at 150th FA Cup Final

The FA will commemorate notable figures from the Emirates FA Cup’s rich history at its 150th anniversary final this afternoon, with legendary Wolves manager Stan Cullis one of icons to be honoured.

As the world’s most popular domestic cup competition comes to a close for another season, plans have been announced to celebrate its 150th anniversary by bringing together a notable figure from each decade of the competition from the 1870s through to the 2020s.

The representatives showcase the enduring values of the competition, and are made up of cup founder relatives, record breakers, legendary goal scorers, upset kings and commentary royalty.

Cullis secured the title for Wolves in 1949 when he became the youngest manager in the history of the competition to lift the trophy at just 32-years-old, in what was only his first season after retiring as a player.

Wolves’ most successful manager in history, Cullis followed up his FA Cup triumph by securing three First Division titles as well as a second cup victory in 1960. Cullis will be represented by his son, Andrew, at Wembley Stadium this afternoon.

Each representative will be a special guest of The FA for the final between Liverpool and Chelsea, and they will all be recognised and presented to the fans at half time.

Ahead of the final, a selection of the representatives gathered at Wembley to share stories and memories from their association with the competition. 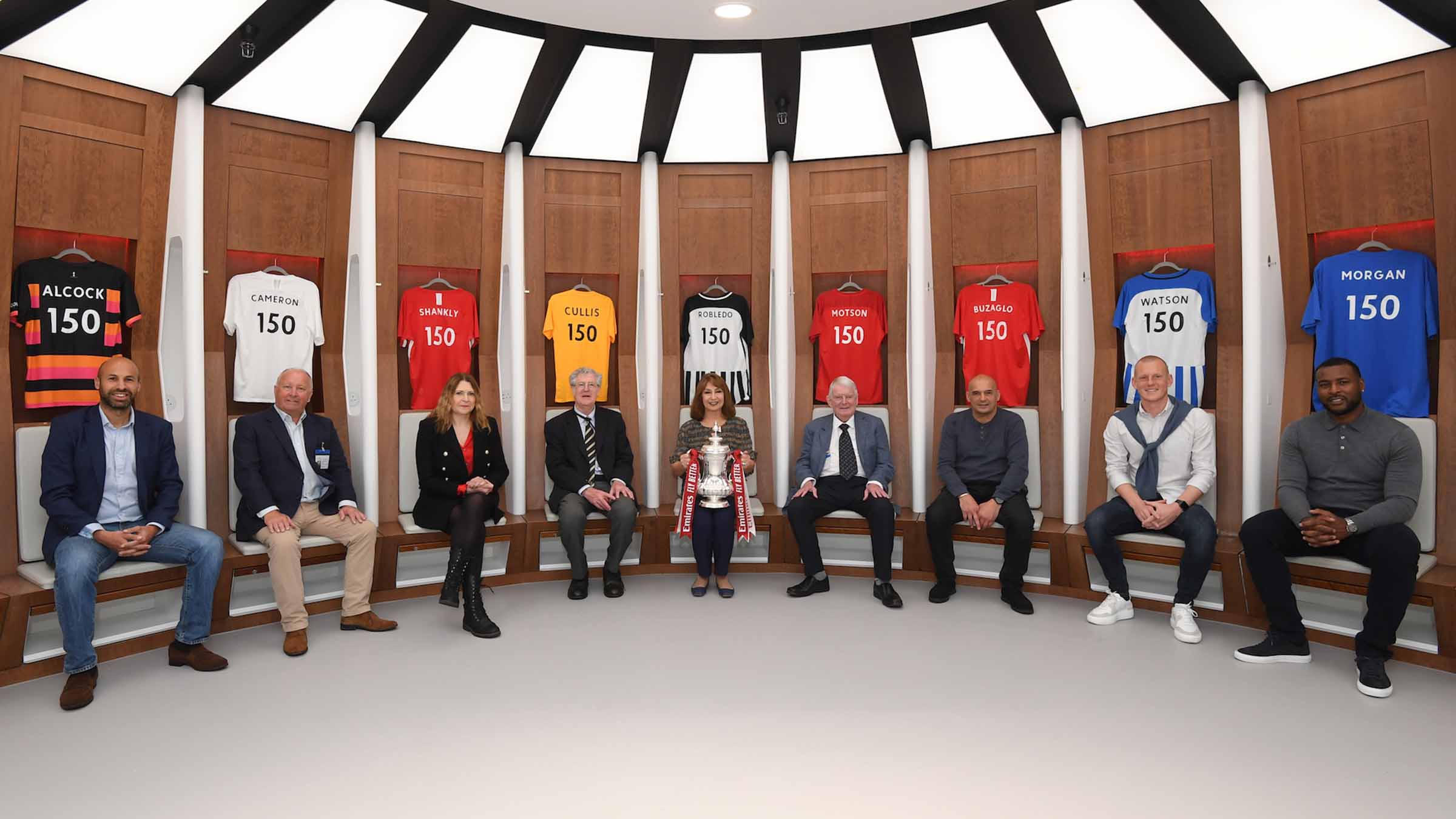 Commenting on the celebrations, Motson, said: “I fell in love with the cup in 1950 when my father took me to a shopping centre – it was the only place there was a TV screen we could watch the game.

“It was a 9-inch black and white screen where we crowded round to see Arsenal beat Liverpool and I was hooked. All these years later I have been lucky enough to commentate on so many glorious matches and I feel very privileged to have been involved with the tournament.”

Joining those legends will be Ben Watson, Woking’s giant-killing hat trick hero Tim Buzaglo, George Robledo, the first South American player to play in the final and win the competition and John Cameron, who guided Tottenham Hotspur to victory in the 1901 Final, and became the only club outside the English Football League to win the competition.

More notable figures will also be attending the final on Saturday, with all 16 decades of the competition to be recognised and celebrated during the half time presentation.

Andy Ambler, director of pro game relations at The FA, added: “As we celebrate the 150th anniversary of the world’s oldest domestic cup competition, it’s amazing to look back at the rich history and inspiring memories that it has forged into the hearts and minds of fans and players all over the world.

“With so many incredible stories and magical moments, bringing this incredible group together in recognition of its 150 years of collective history epitomises what the competition is all about.”