The Fantasy Premier League prices for Wolves’ players have been published ahead of the 2021/22 season.

Wolves will kick-off their season on Saturday 14th August in the same fashion as 2019/20 – on the road at the King Power Stadium to face Leicester City, but for many supporters, the first game of 2021/22 will mean preparing their fantasy teams ready for another exciting FPL campaign.

Ahead of the latest FPL campaign getting underway, wolves.co.uk can exclusively reveal the prices of Wolves’ players for the upcoming season.

Top of the charts for Bruno Lage’s side is Raul Jimenez, with the Mexican – priced at £7.5m – expected to be back in the frame for 2021/22 having missed a large chunk of last season due to his horrific head injury.

Rui Patricio was Wolves’ highest FPL scorer last season, with 132 points, and he is priced among the highest ranked keepers on the game at £5m. The Portuguese international, currently trying to help his country secure a place in the last 16 of Euro 2020, ended the season as the 10th highest ranked stopper on FPL.

Fellow Portuguese star Pedro Neto was the breakout Wolves star of 2020/21 before his season was also cut short due to injury, but it didn’t stop him from taking home the club’s Player of the Season awards. 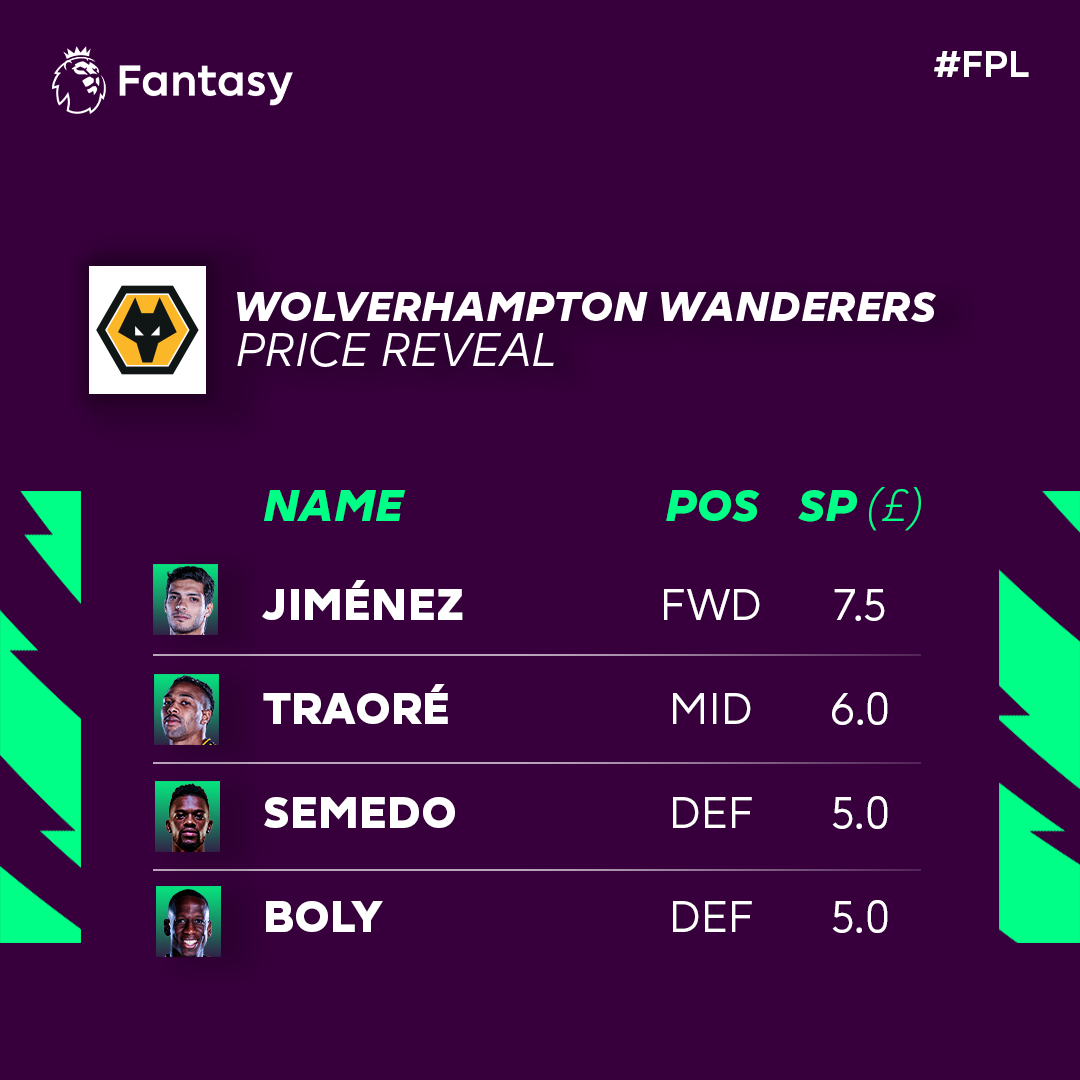 The winger earned 124 fantasy points last season, having topped the scoring and assist charts in gold and black, and Neto is unlikely to be fit again once August arrives, the 21-year-old will set your fantasy team back £6.5m.

At the back, Willy Boly, Romain Saiss and Nelson Semedo are Wolves’ highest priced defenders at £5m, while the first signing of Lage’s reign, Colombian defender Yerson Mosquera, has been priced at £4.5m, the same as captain Conor Coady, who is currently on international duty with England.

Click here to register for the upcoming FPL season.