A new photography exhibition at the National Football Museum features pictures of Wolves fans supporting their beloved gold and black team from their front rooms during lockdown.

Amazon Prime Video has collaborated with legendary football photographer Stuart Roy Clarke on The Homes of Football exhibition which sees him turn his famous camera lens inside the homes of football fans across the country.

A hand-selected shortlist from the collection has been released today, with the full line-up to be showcased as a free outdoor public exhibition at The National Football Museum in Manchester from 27th May.

The exhibition will bring to life the happiness, heartbreak and jubilation of football support across the 2020/21 season, with visitors able to scan QR codes to hear the stories behind each image as told by the families themselves.

The project marks an historic moment in football, as millions of fans across the UK moved from the terrace to the television to experience the agony and ecstasy football support behind closed doors.

As stadiums were left empty, and cries of joy and despair instead moved to fans’ homes, Clarke toured the country to capture authentic imagery of supporters from every Premier League club, captured during Prime Video’s 30 fixtures in the 2020/21 season. The new photography series is a follow-up to Clarke’s inaugural 1996 edition of The Homes of Football.

A special independently published edition of The Homes of Football 2020/21 book will also be released for free this summer. 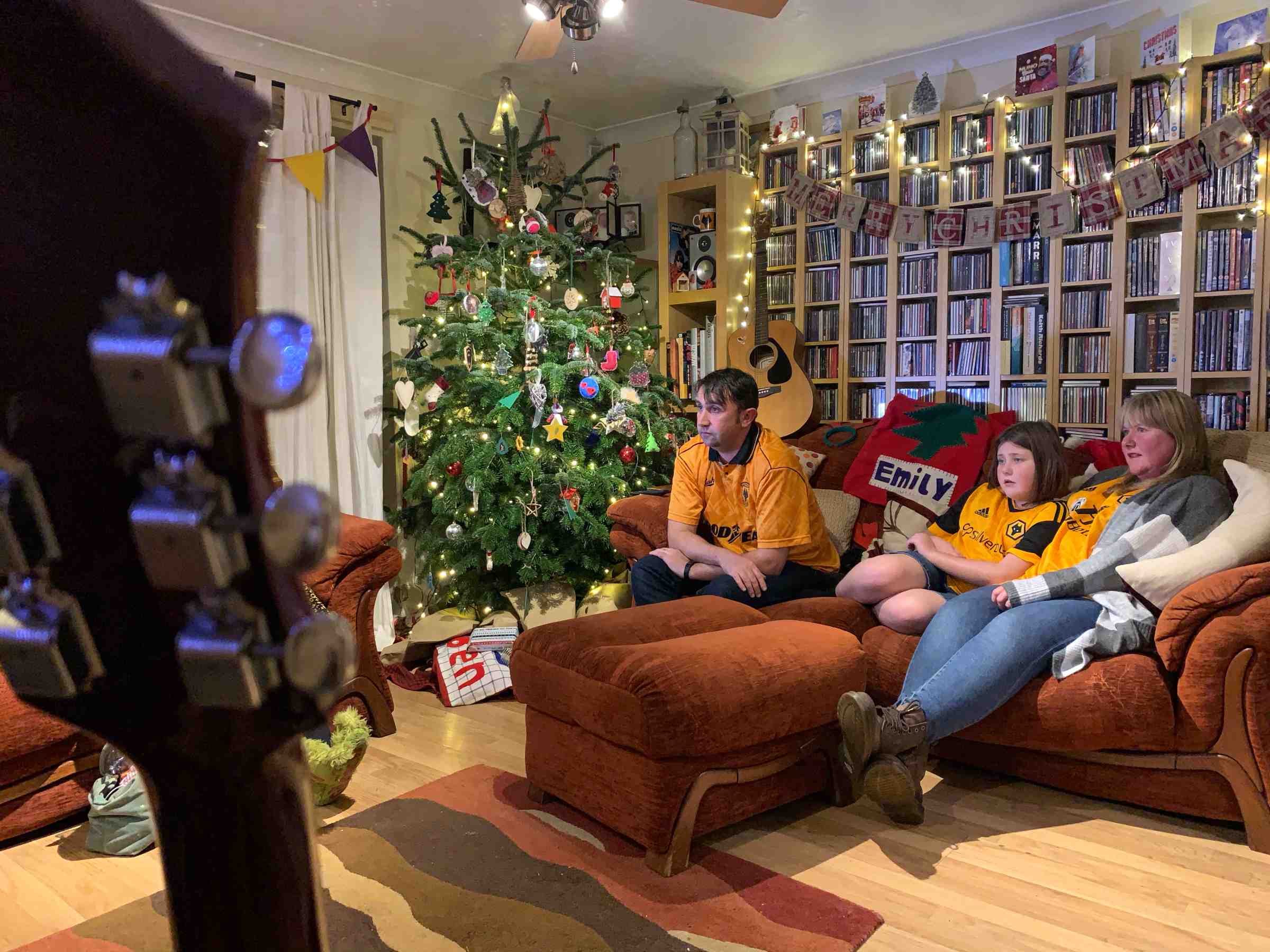 Captured at the moment Chelsea are awarded a penalty, the Wild family are distraught. Only minutes later the decision is reviewed and reversed with the penalty being chalked off - the pain and the joy of VAR.

Clarke said: “The Homes of Football 20/21 project with Prime Video has been an unforgettable experience for so many reasons. I feel privileged to have been the figurative fly on the wall for the campaign, capturing the passion of fans in their personal spaces, at a difficult time when football has been a saviour for so many.

“There’s a famous quote - that football without fans is nothing. And while those mythical words were uttered many years ago by the immortal Jock Stein, the statement rings truer than it ever has in the decades since it was first spoken. Football IS the fans, and we must never forget that.”

Stuart Roy Clarke has been documenting football through a camera lens since 1989, capturing the ever-changing face of football for over three decades. His latest work for The Homes of Football 20/21 serves as a powerful reminder of the passion that fuels the beautiful game, no matter where or how fans are watching.

The imagery teased today includes key moments from the season, including Man Utd’s dramatic 93rd minute winner versus Nuno Espirito Santo’s men at Old Trafford, as well as the ups and downs of Wolves’ stunning fightback against Chelsea.

In a game packed with drama, Wolves fall behind to a Giroud strike just after the break. It's a gripping end-to-end affair for the Astley's, even for their dog...

Alex Green, MD Prime Video Sport Europe, added: “With empty stadiums and social restrictions in place, watching football has been a very different experience for so many. Despite the uncertainty of the past year, one thing hasn’t changed – and that’s the passion and dedication of football fans.

“We’re so pleased to have worked with Stuart to create The Homes of Football – capturing this unique moment in the history of the beautiful game and celebrating the fans that make the game what it is.”

“We are delighted Amazon Prime Video’s exhibition comes to the museum on the day we reopen to visitors. The museum is very interested in fans’ experiences during the past year,” said Laura Crossley, National Football Museum head of content.

“Fans have been unable to go to matches and have followed their teams in a very different way. We have been collecting new objects relating to this year of lockdown and Stuart Roy Clarke’s fantastic photographic exhibition complements many of the new things visitors can see inside the museum.”

Prime Video will deliver 20 live and exclusive Premier League matches per season from 2021/22 until 2024/25, at no extra cost to a Prime membership.