Wolves are saddened to learn of the passing of former midfielder Mick Kent at the age of 70.

Kent made two appearances in Wolves' first team in the early 1970s during a five-year spell with the club.

Born in Dinnington, South Yorkshire, Kent began his footballing career as one of the last products who joined Wolves from feeder side Wath Wanderers, signing at Molineux in 1968.

During a successful period for the club in the following five seasons, Kent was a regular in the reserves, but restricted to just two substitute appearances in gold and black.

Having legendary players such as Kenny Hibbitt ahead of him in the pecking order limited his appearances for the first-team, but he made his debut for the club when he replaced Dave Wagstaffe in a 2-1 defeat at Sunderland towards the end of Bill McGarry's first full season as manager.

With teams only allowed to make one substitution during his era at Wolves, Kent had to wait another two years before his next appearance as he replaced Bernard Shaw in a win at Southampton by the same scoreline in March 1972. 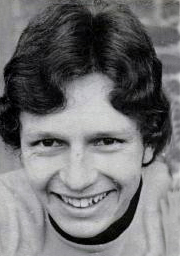 Remembering Kent, John Richards, speaking to Wolves Heroes, said: “Mick was tall and skilful on the right side of midfield, but having Kenny Hibbitt as a rival for that sort of position was tough and he wasn't given many chances in the first-team.

“But I played a lot with him in the reserves though, and he was a great lad. We got on so well that we shared a house in Bushbury.

“One night, we had a few drinks and started playing a horse racing game called Escalado. The mat that came with it wouldn't fit on the table, so Mick got the screwdriver out, took the door off and we played until 6am on the floor, had breakfast and a freshen-up and went off to training.”

Having left Wolves in the summer of 1973, Kent joined Sheffield Wednesday, before playing for Gillingham, as he made a total of 15 league appearances during his career.

Following retirement, he returned to Yorkshire to run a bar at Leeds Bradford Airport and was a landlord at a pub in Leeds.

The thoughts of everyone at Wolves are with Mick’s family and friends at this sad time.