Jimenez banner in place at Molineux

Wolves will unveil football’s first ever PVC-free banner this weekend, in support Raul Jimenez, who continues to recover from a serious head injury.

The supporter-led initiative has seen a special Jimenez banner produced by DIS Group to fill the Steve Bull Upper at Molineux and the material used contains no PVC – the first of its kind in world football.

The giant banner, measuring 45m x 11m, has been created entirely of Kavalan Spiderweb PVC-free mesh, courtesy of CMYUK, and will see Molineux propelled to the top of the sustainability league in the sport.

The initial idea came courtesy of fan Kieran Newey, whose crowd-funding raised more than £20,000 to fund the banner and donate to Raul’s chosen charity, and he invited supporters to upload their own entries for the banner design.

27 entries were received, with former Wolves programme cover designed Louise Cobbold coming out on top, and the banner has been installed in time for Saturday’s Premier League meeting with Aston Villa. 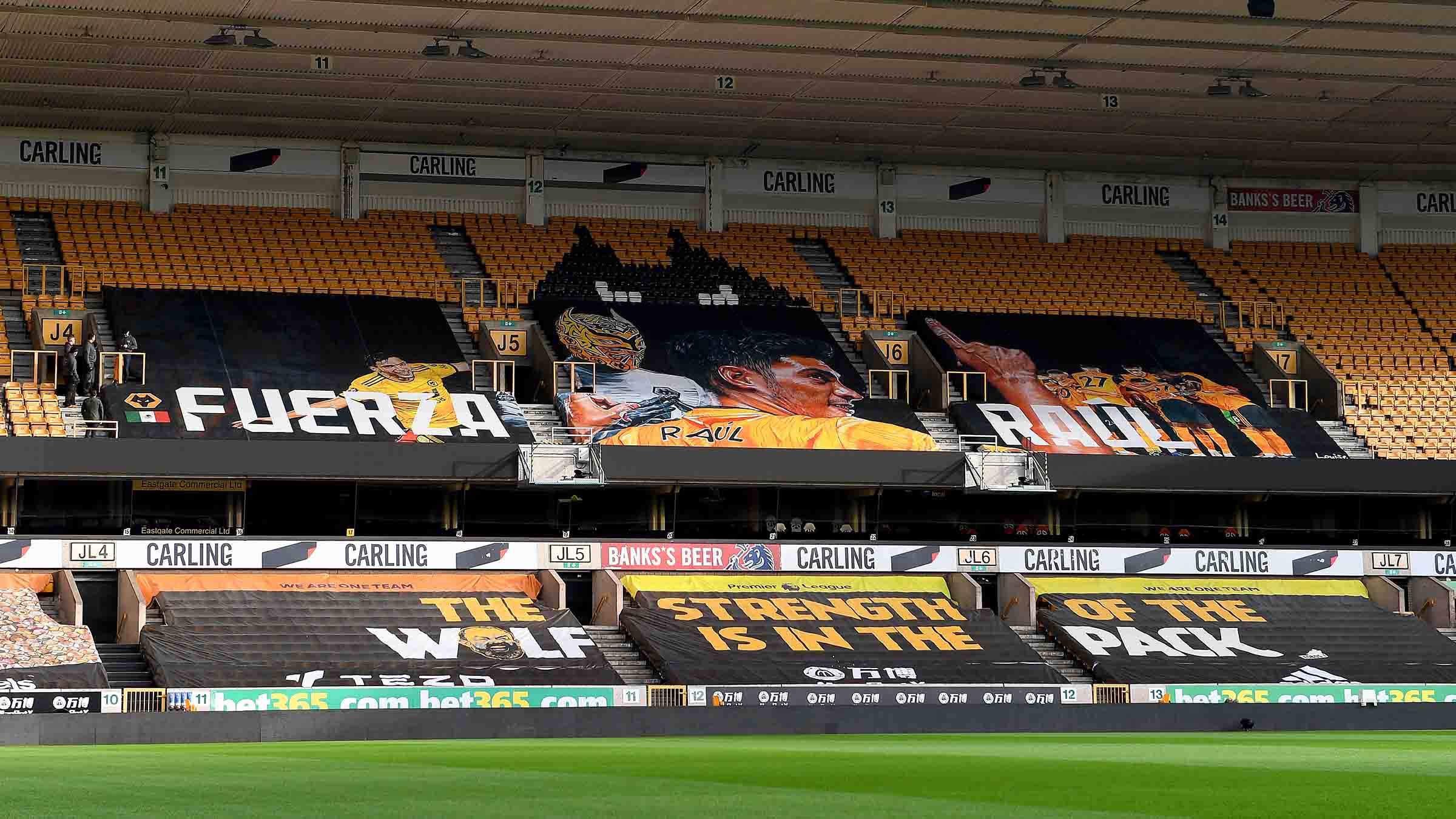 Dave Purcell, sales director at DIS Group, said: “Being very close to the Wolves’ family, we really understand the concern for Raul, which we share. It’s early days yet, but according to the club he is doing well.

“As a print service provider, we want to ensure we can offer suitable sustainable materials to all our clients. Kavalan Spiderweb mesh delivers on eco-responsibility and performance, and thanks to the fans’ initiative, Wolves have become the first football club in the world to install a PVC-free banner.”

Damien Clarke, sales director of materials at CMYUK, added: “We all wish Raul a complete and speedy recovery. We’re delighted that Kavalan Spiderweb mesh was the medium for his banner. This material is a game-changer that provides a truly viable green alternative to traditional PVC. It’s a top-rate innovative product for a world-class sensational player.”