Leander Dendoncker’s 75th minute strike was enough to send Wolves fans home smiling from their final game at Molineux of the 2018/19 Premier League Season. To mark the end of a remarkable first season back in the top-flight, it was a day of celebration at Molineux. Here are five things we noticed following Saturday’s win over Fulham.

With Leicester City falling to defeat against Manchester City on Monday night, it confirmed Wolves would finish the campaign in seventh place – the ‘best of the rest’ as the pundits like to refer to the position. Meaning, if City were to beat Watford in the FA Cup final, Nuno Espirito Santo’s side would play in major European competition for the first time since 1980/81, when John Barnwell’s Wolves team fell to a 3-2 aggregate defeat to PSV Eindhoven in the first round of the previous incarnation of the Europa League – the UEFA Cup. So far, Wolves have won 57 points this Premier League season which is the most by a newly promoted side since Ipswich Town accrued 66 back in 2000/01, demonstrating what an outstanding job the current team and staff have done this year. 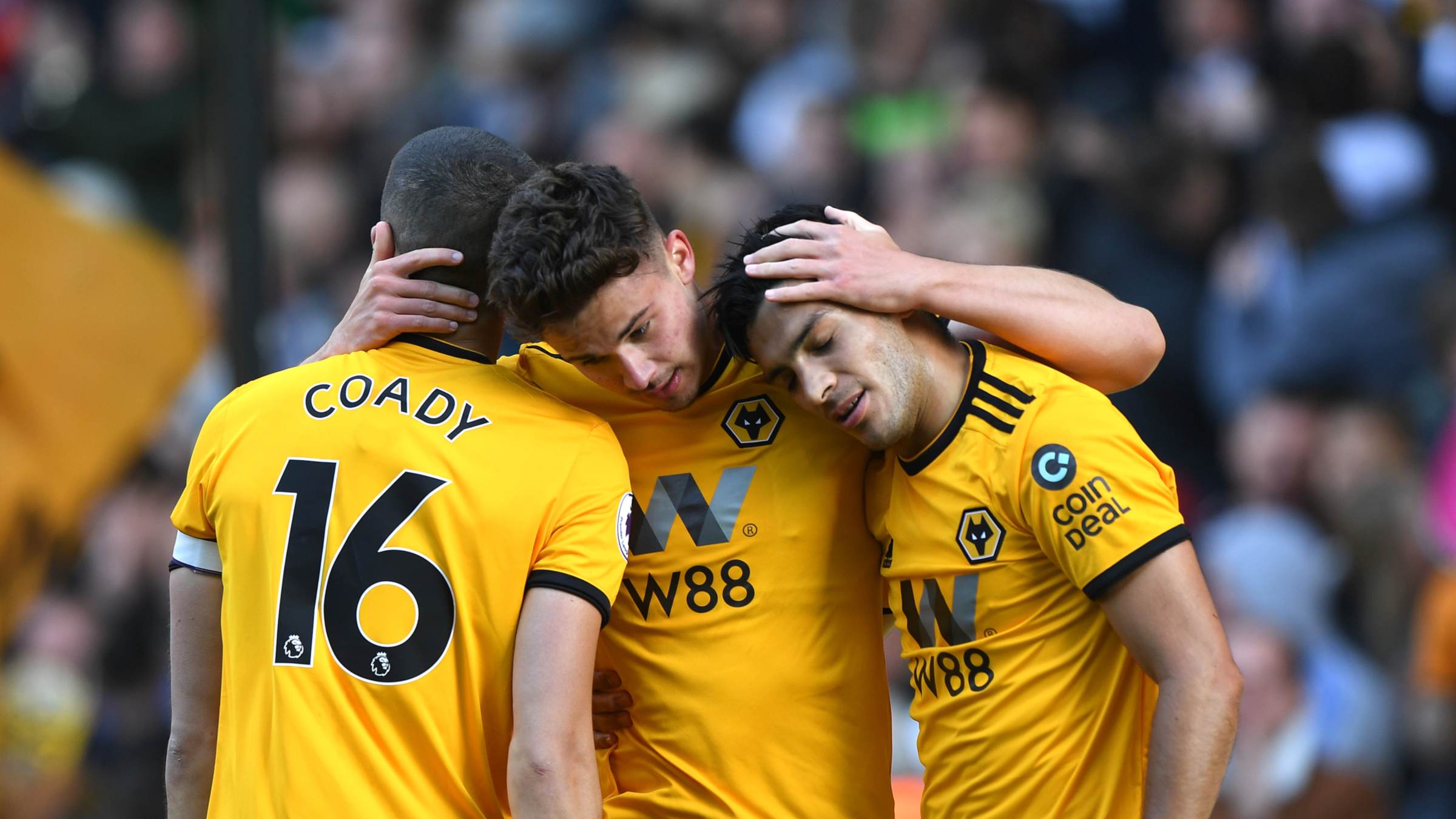 2. PUSHING TO THE MAX

What a couple of weeks it has been for Maximilian Kilman. After helping Wolves under-23s to win their Premier League 2 Division 2 title following an impressive season at the back for Rob Edwards’ side, the former England futsal star made his first-team debut in Saturday’s Premier League win. Coming on alongside goalkeeper Will Norris – who also made his Premier League debut on Saturday – and Ruben Vinagre, Kilman became the 21st player to feature for Wolves in the top-flight this season. Before Saturday, Wolves had used just 19 different players in the Premier League this season, equalling the league low which was set by Liverpool in 1995/96). This has been helped by Nuno sticking to a very similar side this season, and on Saturday, the head coach named their 14th unchanged Premier League starting 11 this season – no side has done so more often. But last week, Nuno said he would like to give run-outs to both Norris and Kilman before the season was out if possible, and he was true to his word.

By curling an inch-perfect cross right onto the boot of the onrushing Dendoncker with just 15 minutes remaining to seal the three points for Wolves, Matt Doherty notched up his eighth assist of the season. The Irish wing-back, and Wolves’ longest-serving player, has made the step up to the Premier League look as accomplished as you would expect from a man of ‘Doc’s’ talents. After setting up his Belgian teammate to volley in the winner on Saturday, Doherty became the Wolves player with the most assists in all competitions this campaign. His five Premier League assists, combined with his four goals, also place Doc third on the list of top-flight defenders who have been involved in the most Premier League goals this season. Only Liverpool’s Andy Robertson and Trent Alexander-Arnold have more. 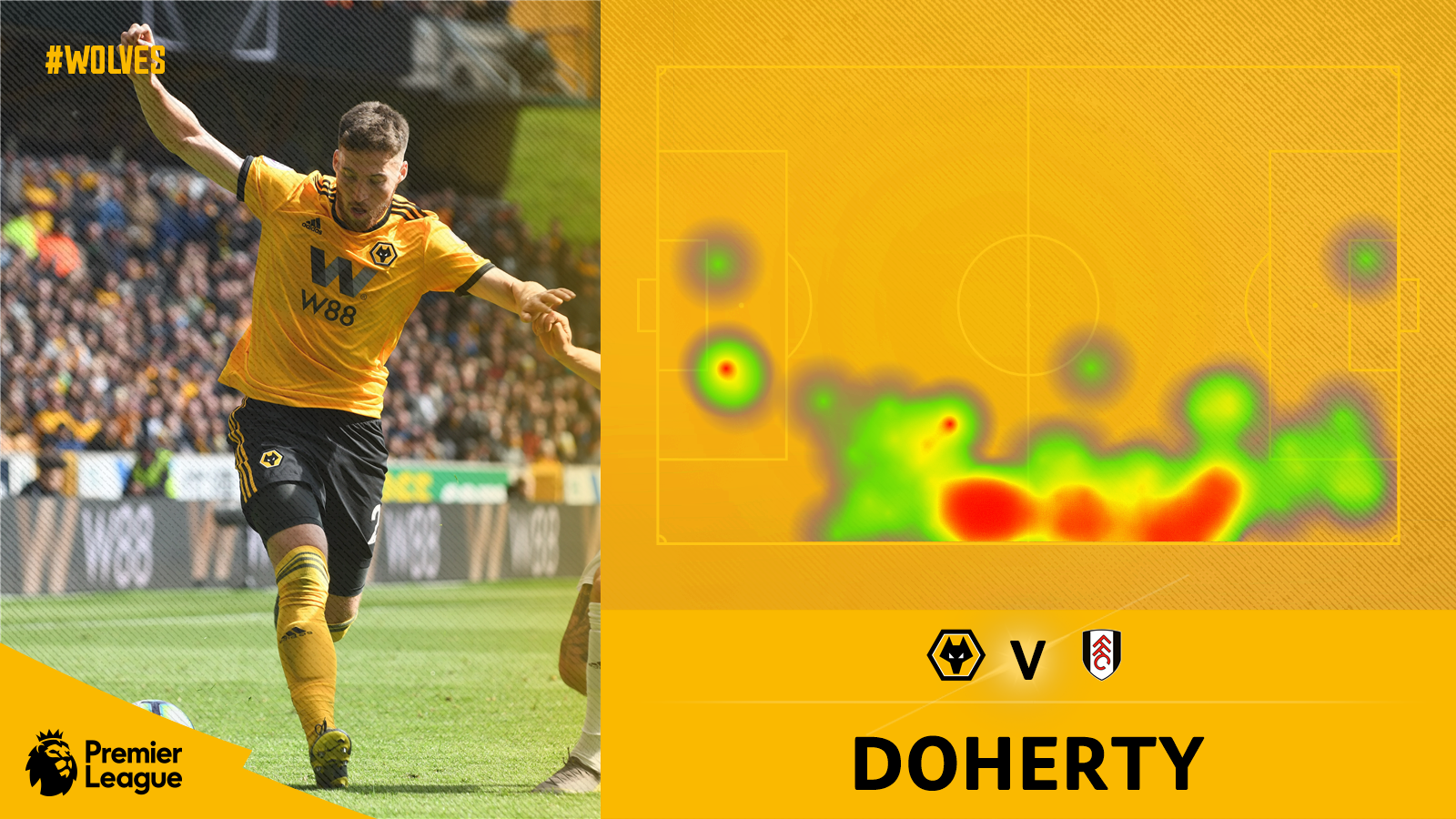 In a season of stand-out performances across the board from those wearing the gold and black, there is one player who seems to always go under the radar, despite being the only Wolves man who has played every minute of first-team football this season. Captain Conor Coady has been an ever-present under Nuno this year, not only playing the full 90 minutes in every Premier League match, but also all 180 minutes of Carabao Cup action and 570 minutes in Wolves’ six FA Cup clashes. The last time Coady missed a first-team match for Wolves came all the way back in January 2018 when the Liverpudlian was on the bench for the 2-1 FA Cup third-round replay defeat to Swansea City. While he missed just one league match in the past two seasons – due to his sending off in a defeat to Sheffield United, which saw Coady miss the 4-0 win over Burton Albion in the Championship. It would be an amazing achievement if Coady was to play the full 90 minutes on Sunday, especially coming against his boyhood club in Liverpool at Anfield.

The final home game of the season was one full of drama on the pitch, but also full of celebration off it. The day started with a visit from Mexican WWE wrestler Sin Cara who had flown over the Atlantic to join his friend and Wolves striker Raul Jimenez – leading to an influx of supporters in their ‘Lucha libre’ Mexican wrestling masks. As well as announcing the team out onto the pitch before the match, Sin Cara spent Friday at Compton, being given a tour of the training ground by managing director Laurie Dalrymple, before taking on Raul at a variety of football skill tests. There was also a very special presentation before kick-off as Nuno received an honorary doctorate from the University of Wolverhampton. Following the game, the players came back out onto the pitch to celebrate the season’s success with a lap of honour around Molineux to great adulation from the Wolves supporters. 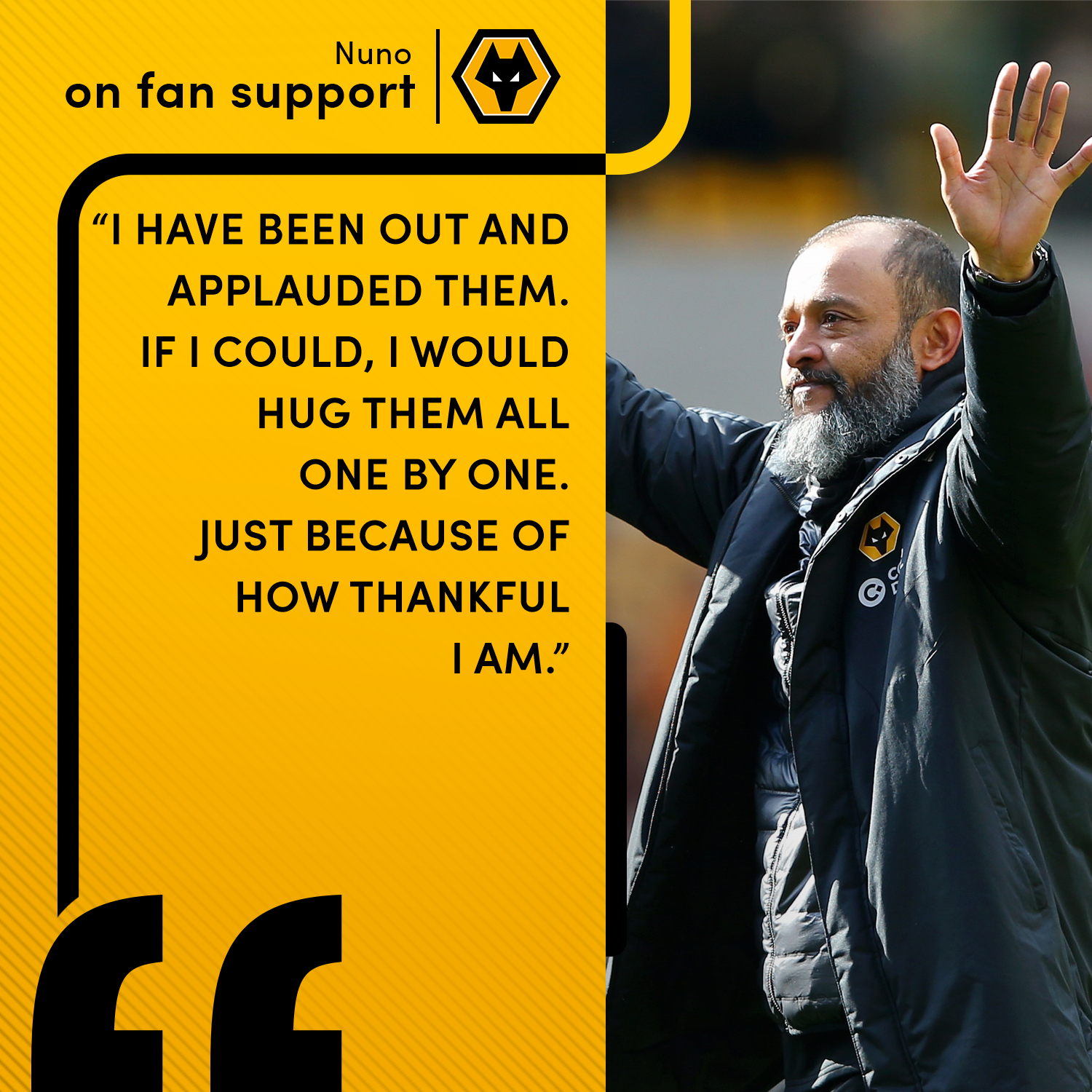