Vote | Doherty on PFA Player of the Month shortlist

Matt Doherty has been nominated for the PFA Player of the Month award after helping Wolves keep three clean sheets in four Premier League games in September.

Wolves took ten points from a possible 12 which were available during the month, beating West Ham United, Burnley and Southampton, as well as drawing at Old Trafford.

During last month, Doherty was part of the Wolves backline which concede just one goal; coming in the 1-1 draw against Manchester United.

The right wing-back has also provided two assists during September in the wins over Burnley and Southampton at Molineux.

Voting in now open here and supporters have until 8am on Monday 8th October to cast their votes. 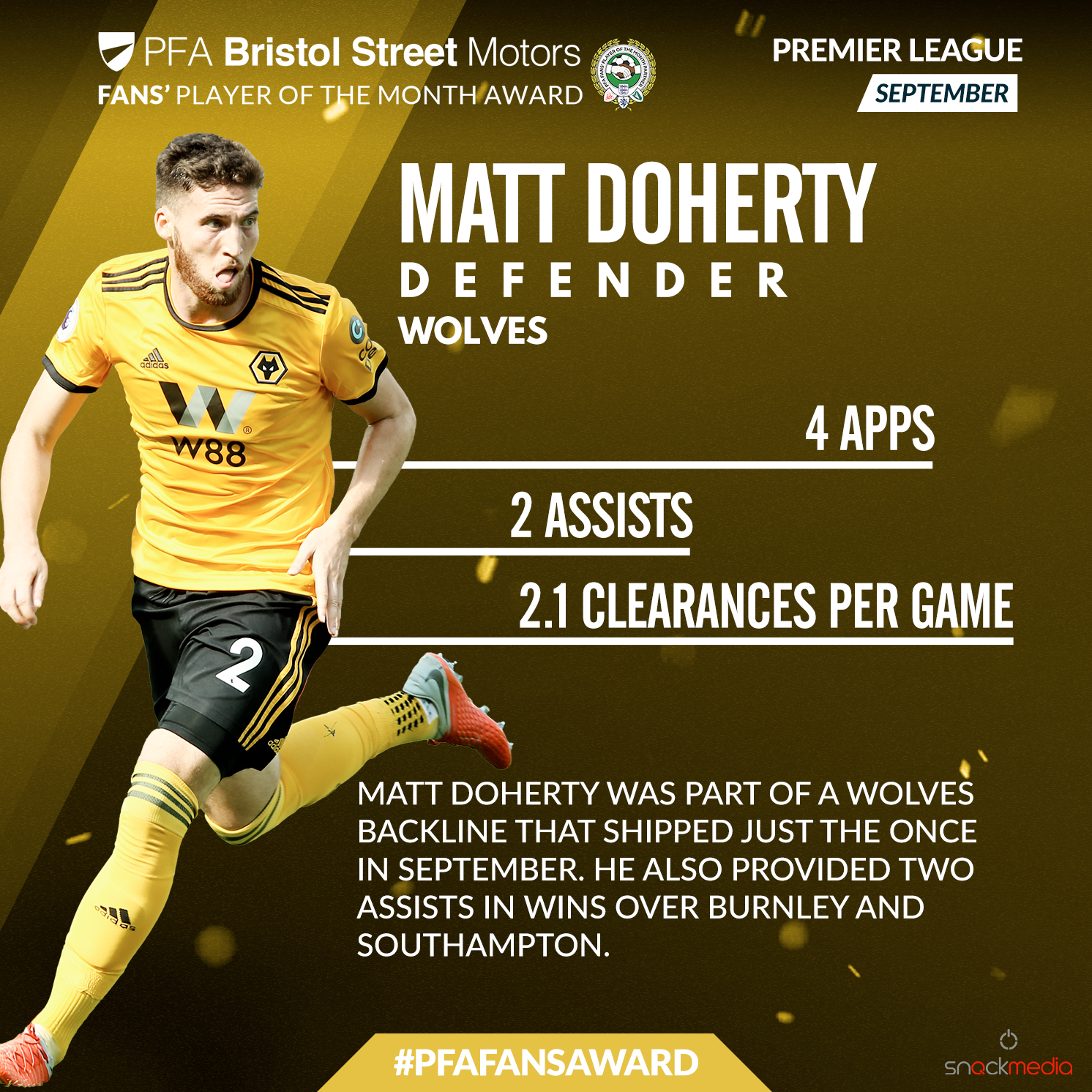