The event, which is to be held at the home of Carl’s beloved Wolves, is set to take place on Thursday 25th October.

Carl is supporting the charity as he suffered from Post Traumatic Stress Disorder (PTSD) following being medically withdrawn from the army in 2013.

Speaking ahead of the event, he said: “I was medically discharged from the army in 2015 and I was diagnosed with PTSD 12 months later. During that time, I did attempt to take my own life - that was at my lowest point.

“At that point, Help for Heroes stepped in and they supported me and my family from the start until continuing to support me now.

“They got me into adaptive sports, got me psychological help, helped supported me with medication reviews, helped me with mobility - they put a lot of work into it and they still support me now with my ongoing troubles.

“They’ve got me into a normal working pattern and they support they have given me have been superb.”

Along with supporting Band Of Brothers, a group in which former army veterans can come together for support, Carl is hoping that this event will raise awareness of PTSD as well as providing revenue for the Help For Heroes charity.

“The evening is to support Help for Heroes and a fellowship type group called Band of Brothers," said Carl.

“I’ve done a couple of events before but this is probably the biggest we’ve done.

“Sir Geoff Hurst and Gordon Banks will be guest speakers as well as Charlie Webster. Charlie suffered with PTSD as well - she was a broadcaster for Sky Sports and while doing a charity event, she caught malaria and she developed PTSD after that.

“It’s a cause close to her heart as well.

"This event is to make people more aware of PTSD but also to give back to the charities who have helped me.”

Tickets are available via http://buytickets.at/cpcevents/161721. 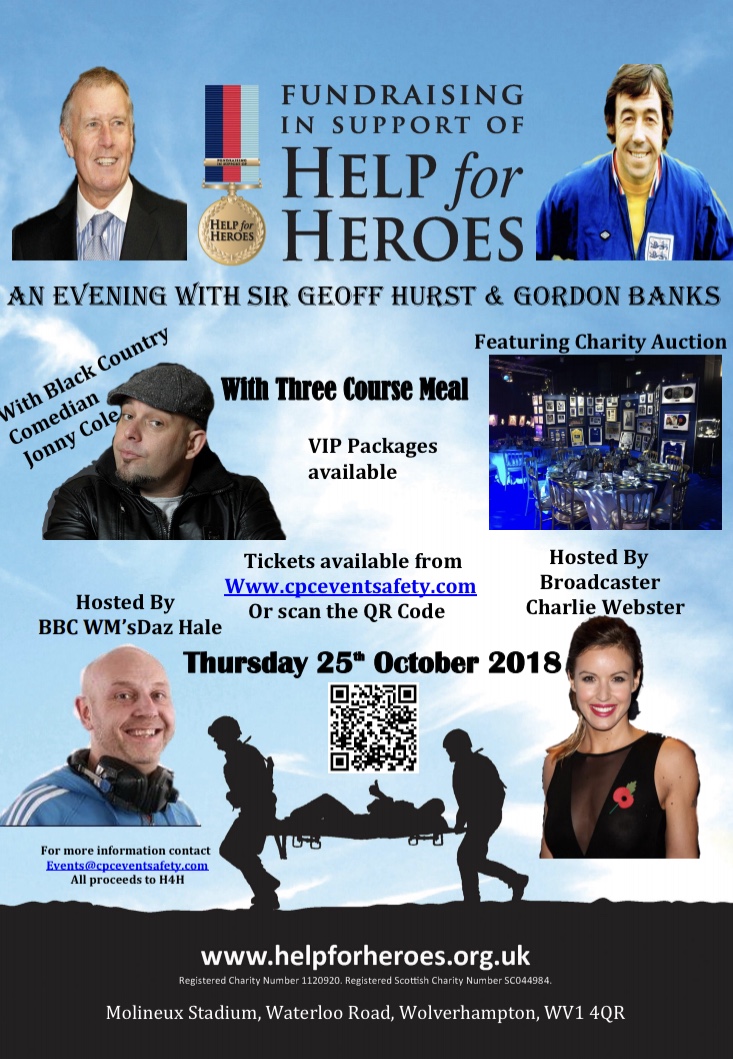