A mid-March date at Molineux will offer a rare opportunity to spend an evening in the company of two Wolves favourites; John Richards, the Club's goalscoring hero of the 1970s who went on to be Managing Director of the Club in the late 90s, and Matt Murray, former Wolves goalkeeper and now coach and Sky Sports pundit who many consider would, but for injury, have been England's goalkeeper for many years in the recent past.

John and Matt will take to the stage and take fans' questions for a night being put on to raise money for the Birch Thompson Memorial Fund, one of the many charities supported by former Wolves Vice-President, Baroness Rachael Heyhoe Flint.

Just over a year ago everyone connected with Wolverhampton and indeed much further afield were shocked by the death of Rachael after a short illness.

Among the many tributes paid far and wide, Wolvesl decided to honour Rachael by making an annual award that would acknowledge her contribution to the local community through her charitable and outreach activities.

The first recipient was kept a much-guarded secret and, last April, Matt Murray and a camera team arrived at the home of Keith Berry in order to collect information about POWER PLEAS, and the Birch Thompson Memorial Fund.

POWER PLEAS, a Wolverhampton charity that for over 30 years has provided wheelchairs and Trikes to getting on for 200 local disabled youngsters. The Birch Thompson Memorial Fund through its centre Gelliwig in Porthmadog has provided thousands of local youngsters with the opportunity to experience outdoor activities and opportunities that are new to them. Some have seen the sea for the first time or walked on a mountain or visited an ancient castle.

Rachael , through her work at the Wolves and the Lady Taverners had been a supporter of both these charities since the 1980's.

Matt's interview was conducted under the ruse that a video tribute was being paid to Rachael at Wolves' End of Season dinner but, at the end of the interview, he surprised Keith with the news that he was infact to be the inaugural winner of this new award. See video for details.

The Award was presented at the End of Season Dinner by Club Vice-Presidents Robert Plant CBE and Steve Bull MBE but Matt was unable to attend. In typical Matt fashion, the then promised to do a 'Q and A' evening to support the current Birch Thompson Memorial project to extend Gelliwig in Porthmadog.

Richard Skirrow, Wolves' former Club Secretary and another supporter of both charities, then enlisted the legendary John Richards to partner Matt and, after liaison with the Julian Britton at the Club and with thanks to Managing Director Laurie Dalrymple, the date of Thursday, 15th March 2018 was decided for a "Memorable Molineux Moments" event. There will be an auction as shown below and also including a pair of signed Carl Ikeme gloves.

See the information below for details of a night not to be missed featuring two of Wolves' most popular former players, and the chance to quiz the about their respective careers whilst raising money for charity, and remembering Rachael Heyhoe Flint. 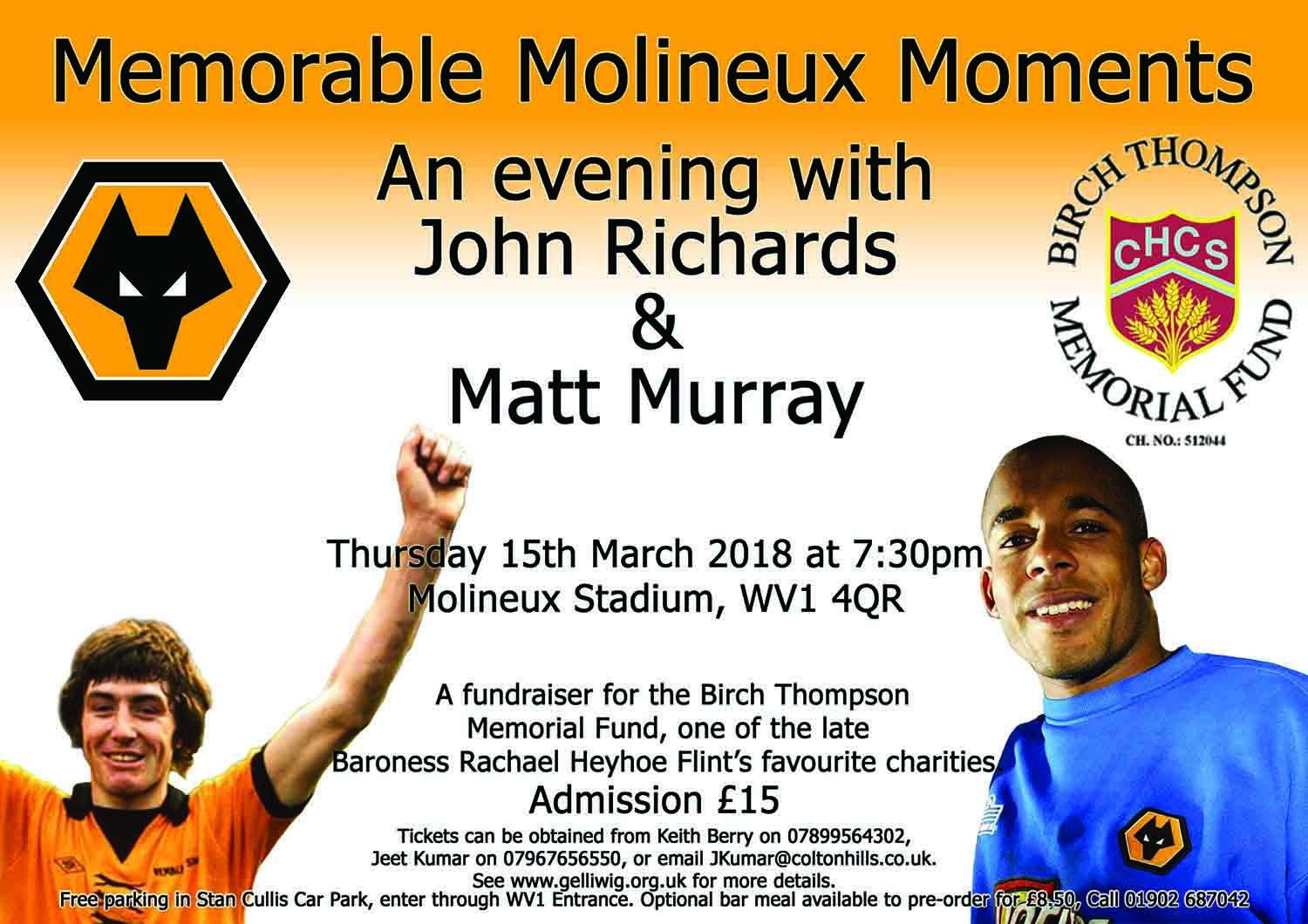 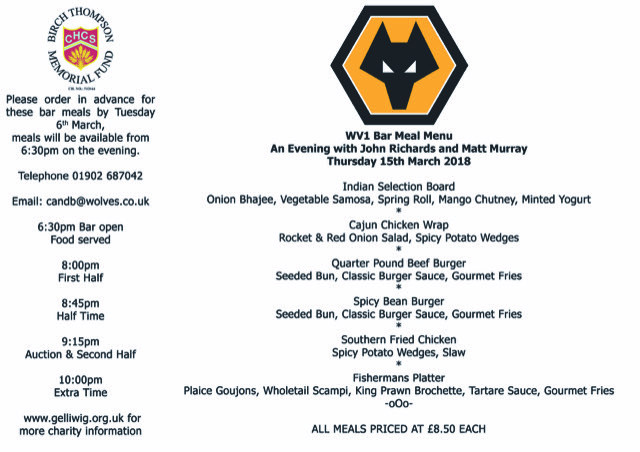 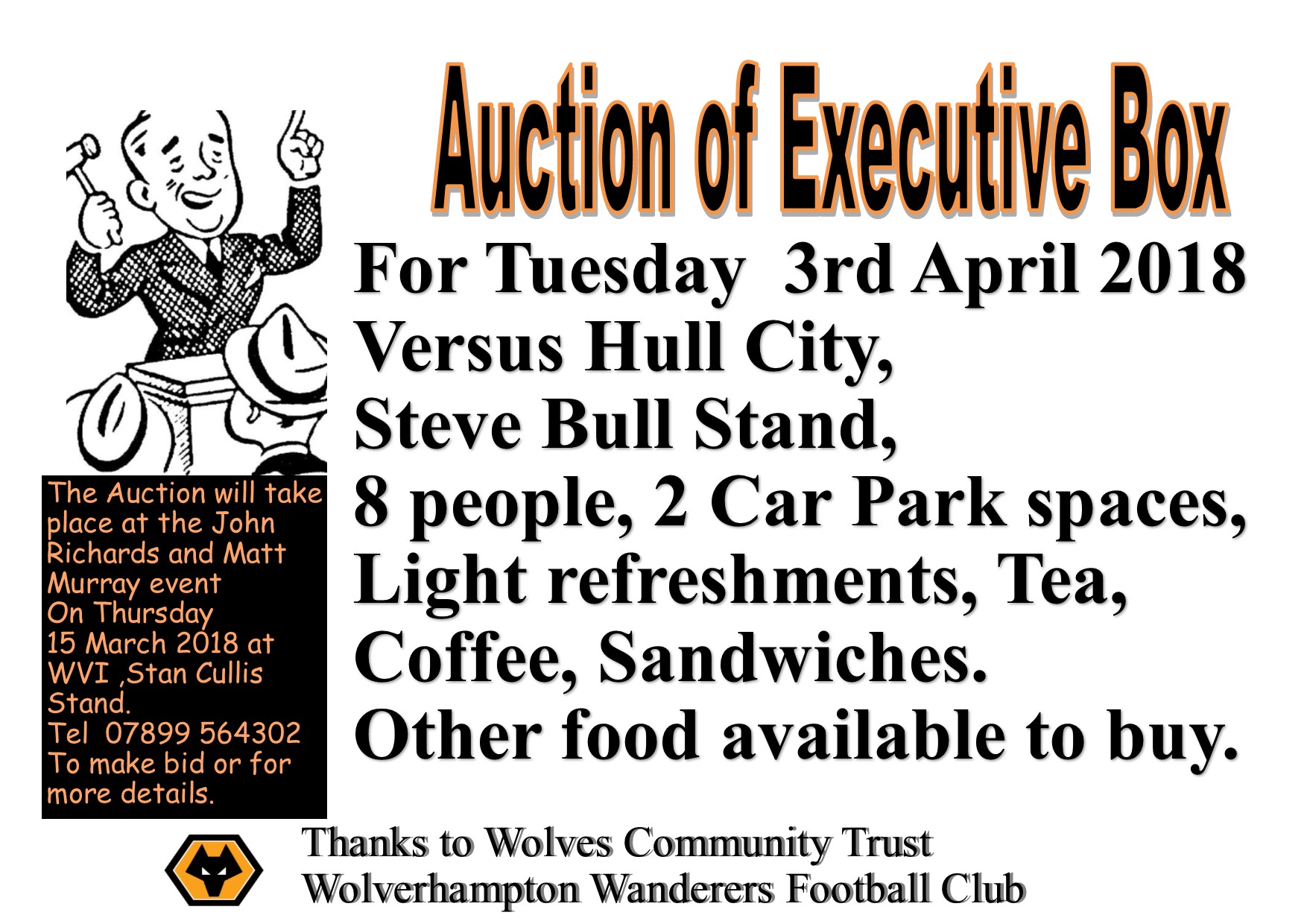