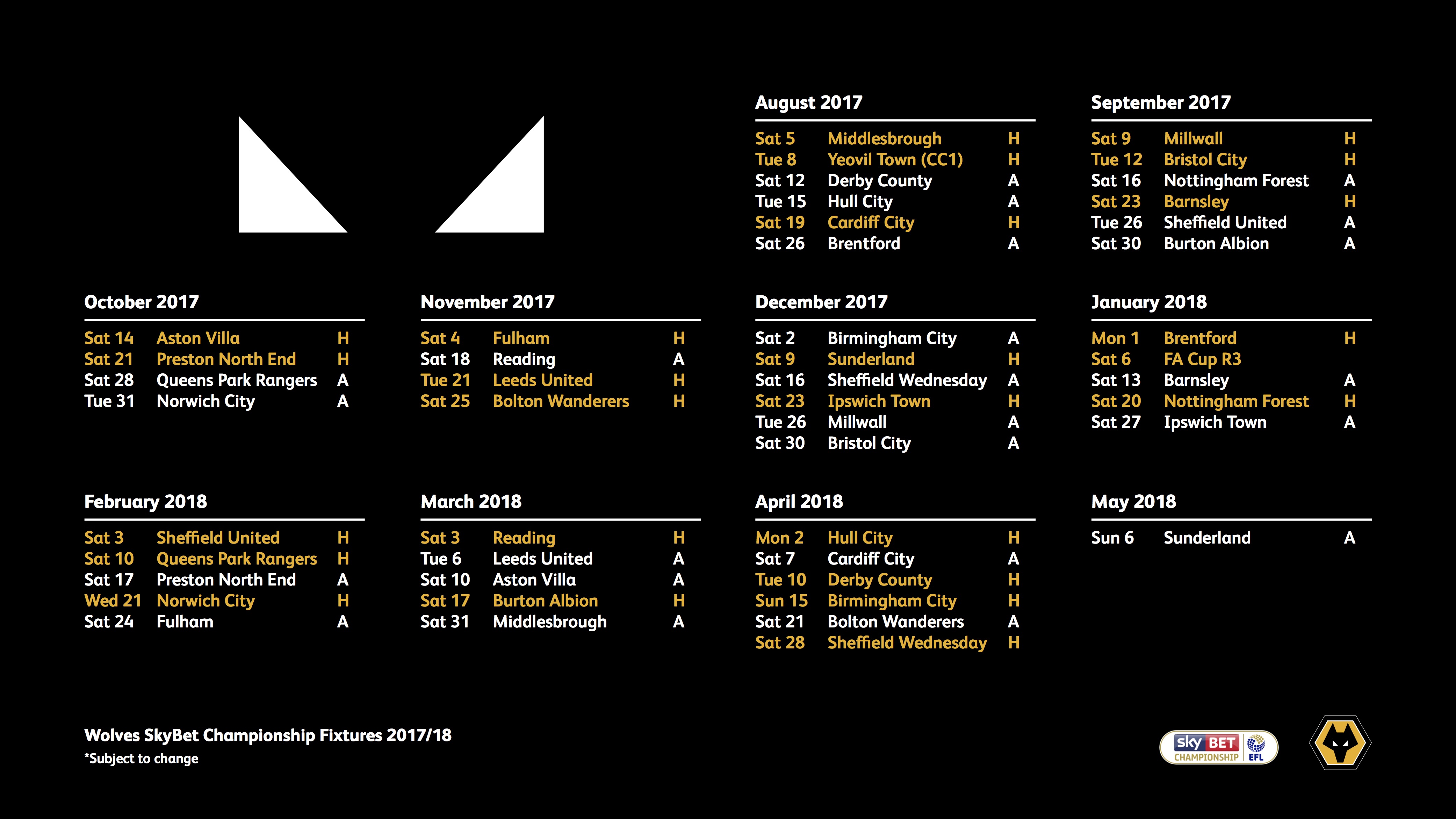 Nuno Espírito Santo will kick off his Wolves tenure with a home game against Middlesbrough after the fixtures were revealed this morning.

Wolves will indeed face two of the relegated sides within the first three fixtures with a trip to Hull on Tuesday, August 15th, which follows the first away trip of the campaign, to Derby County on Saturday, August 12th.

Wolves, who also have a home fixture against Yeovil Town in the Caraboa Cup following the Middlesbrough game, then welcome Cardiff to Molineux on Saturday, August 19th before a trip to Brentford on Saturday, August 26th ahead of the first international break.

Wolves then welcome Brentford to Molineux on New Year’s Day.

Wolves’ final home game of the season is against Sheffield Wednesday on Saturday, April 28th, with the final fixture a trip to Sunderland on Sunday, May 6th, already set for a 12.30pm kick off.

* Fans are reminded that all fixtures are subject to change.  As per last season, in a joint commitment with Sky Sports, the EFL has vowed to ensure all clubs are given at last five weeks’ notice ahead of any matches selected for live television coverage.  The selections for the opening weekend have been announced today with Wolves’ game with Middlesbrough unaffected.