Under-18 head coach Steve Davis says young Wolves midfielder Temple Ojinnaka is ‘ok’ and recovering back at home after being rushed to hospital following a clash of heads in Saturday’s abandoned fixture with Middlesbrough.

With Wolves leading 2-1 as the contest at Compton Park headed towards the final 10 minutes, Ojinnaka and Middlesbrough striker Alex Hutchinson both jumped for a cross and collided, with the pair having to be stretchered off the pitch and requiring treatment.

Taking place on the same day as the ‘Code Red’ documentary was released, chronicling the horrific head injury suffered by Wolves striker Raul Jimenez and his subsequent recovery, the match was brought to a halt immediately so the players could receive medical attention, and Davis has paid tribute to the staff from both sides for their speedy actions on the day.

On the opening 75 minutes

“I thought we did ok. We could have done a lot of things better, but we were reasonably ok, a little bit inconsistent with some of our play, a little bit sloppy and our transitions weren’t as good as we’d like them to be, but we weren’t too bad.

“Middlesbrough were a decent opposition and we led 2-1 up until the point of the injuries just after 75 minutes. The two lads collided in the box. They went up for a header and they just clashed heads as they went for the ball, and both went down.

“From there, the medical team went on and were excellent. They sorted everything out. Both players got carried off on boards and both went to hospital where they were checked out. Fortunately, they are both ok.”

Our U18s game was stopped early by the referee after a clash of heads. Both players have been taken to hospital for further treatment.

Wishing them both a speedy recovery 💛

On abandoning the fixture

“We felt with how long it took to sort the lads out and the fact the ambulance left the ground, meant that we legally couldn’t continue with the game, and we agreed between us and Middlesbrough to abandon the match.

“I’m not sure what is going to happen with the result yet as I haven’t looked into the rules, but I imagine we will have to replay the game at some point in the new year, and I don’t think the result will stand.

“But either way, none of us were concerned with the result. All that mattered was the safety and welfare of the players who were involved. That was paramount. The game wasn’t at the forefront of our minds at that point, it was getting the players in the right place.”

“Temple’s ok now. He’s not got much recollection of the clash, but he came round pretty quickly. He got a cut on the top of his eye and that’s been glued back together, and their lad got a cut on the back of his head and went down a bit heavier than Temple did.

“He’s going to have to go through the concussion protocols now which will mean he can’t do anything for the next couple of weeks. He would have played in the Under-17 Premier League Cup on Wednesday, but obviously he can’t be involved now.

“We’ll assess him after that to see if he can come back to training, so he’s not going to be involved in the next few weeks and maybe even beyond that.

“He’s only just come back from an injury which put him out for the start of the season. He’s had a lot of set-backs and bad luck, so hopefully next year will bring him a bit more luck.” 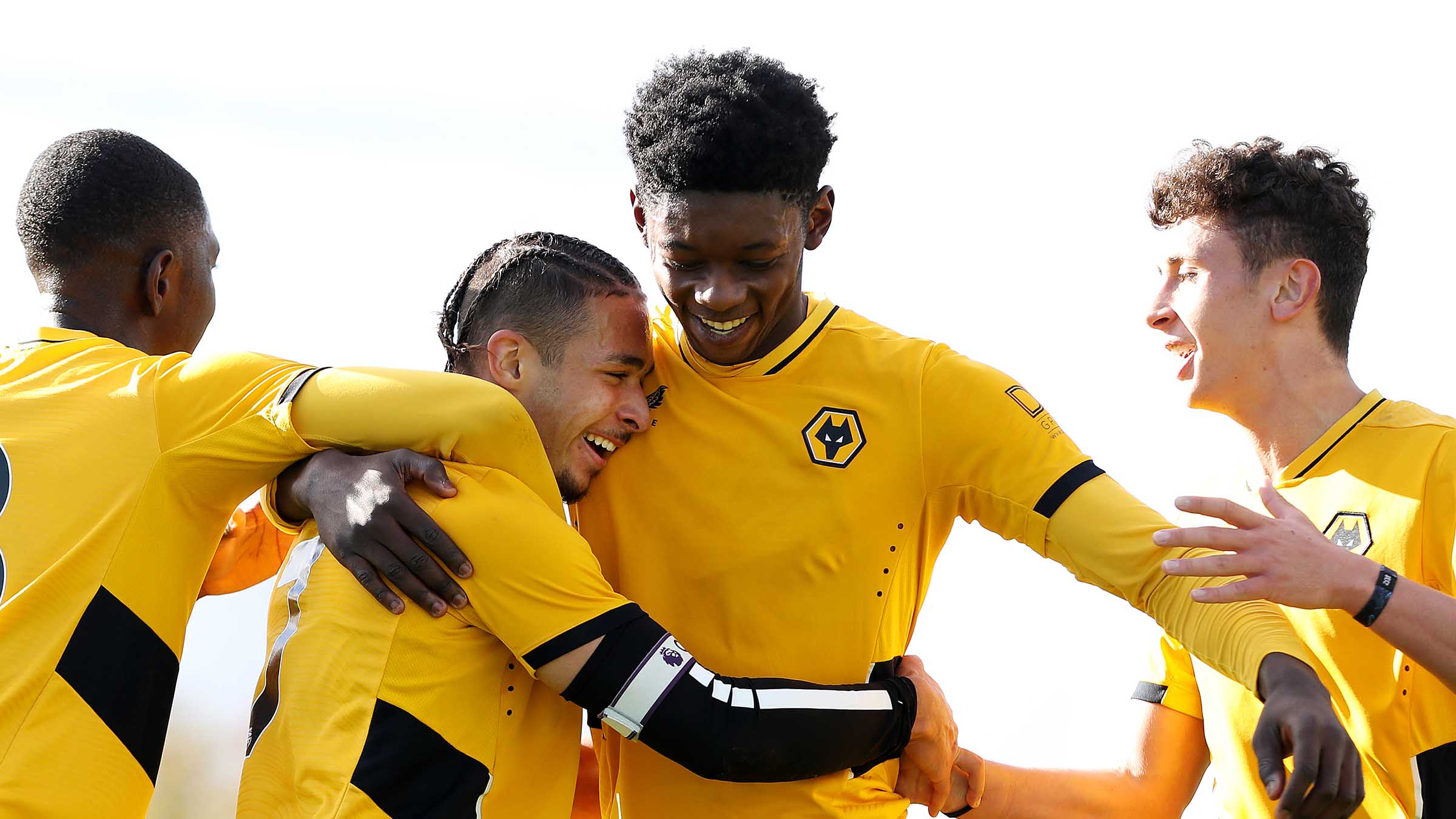 On facing Aston Villa in the U17 PL Cup

“Everyone’s beating each other in our group, with all the teams on three points from two games. It’ll be another opportunity to give some of our younger ones a chance to play and have a look at them ready for next year and a possible scholarship.

“We could go stronger, but we feel some of the more experienced lads who could play in it won’t be challenged enough. For us, we’d rather use the competition to challenge the younger ones who can step up and have an opportunity to play.

“While we obviously want to win the game, we’d rather do the right thing for the development of our players and give somebody from the under-16s a chance to play.

“The majority of our team tomorrow will be under-17s and under-16s, as the under-15s have their own cup game today, so they won’t be involved in this one, but the plan going forward is to get them involved a bit more, rather than play players who played in it last season, such as your Ty Barnett’s, and people like that.

“We’ll try to keep the spine of the team fairly strong, but if we could win the game, we still have to wait for the other results and maybe even goal difference to see how that influences who wins the league.”

“James [McPike, U18 assistant coach] and ‘Sharpsy’ [Ian Sharps, U16 head coach] will take the team tomorrow, but I’ll still be there as coach support.

“Just as it is for the players, we see this competition as a development opportunity for the coaches, with my role being to support those two, where they can bounce ideas off me or for me to be there in a mentor role to overlook it.

“It’s a good role for me and also gives James the opportunity to lead on it and for Sharpsy to step up and work with James, have a look at the game and work together.”