One to Eleven | Chem Campbell

Wolves under-23 winger Chem Campbell is the latest Academy star to give wolves.co.uk an insight into his life on and off the pitch in the One to Eleven series.

My earliest memories would have been when I was playing for my team in Sunday League when I was about six-years-old and we played our closest rivals. We beat them and I scored the winner.

Yeah, always. I was always focused on that and nothing else when I was younger. Nothing else really mattered to me, it was all about football and becoming a footballer.

I came across from Blues and it was completely different. It’s Category One here and it’s a much more intense and professional environment. Everything was different here, especially the quality of the facilities, so I was just really excited just to get started and carry on.

That’s a tough one because I’ve leaned a lot, but discipline is the big one. When you’re a kid, it’s all about what you can do with the ball, but here, it’s not just about that, it’s more about out of possession and what you have to do as a team to win the ball back. We try to imitate the first-team with the under-23s, so once you know what you’re doing with the 23s, you can go straight up with them and know what you’re doing.

Making my first-team debut. Definitely. Just going out in front of 35,000 people was a dream come true. Although I came through at Birmingham, I’m a Tottenham fan myself, but my dad supports Blues and he was in the crowd at Villa Park to watch me play his team’s rivals, so he was supporting me all the way that day.

I’m creative, tricky, composed and I just love to dribble and score goals. I’m quite versatile across the attack, so can play on the left, the right or down the middle.

I would say [Daniel] Podence or Pedro [Neto]. They’re the players who I’m most similar to. I watch their videos to see their dribbling skills, so I can try and take a part of their game into my own.

I would say [Joao] Moutinho because of his work-rate and he’s always consistent, even in training, and is someone you would love to emulate because he doesn’t do anything bad, he’s just focused on his tasks.

Moutinho again. With the teams he’s played for and all the caps he’s earned with the Portuguese national team, he’s played so many game and has won everything, so I look up to him a lot. 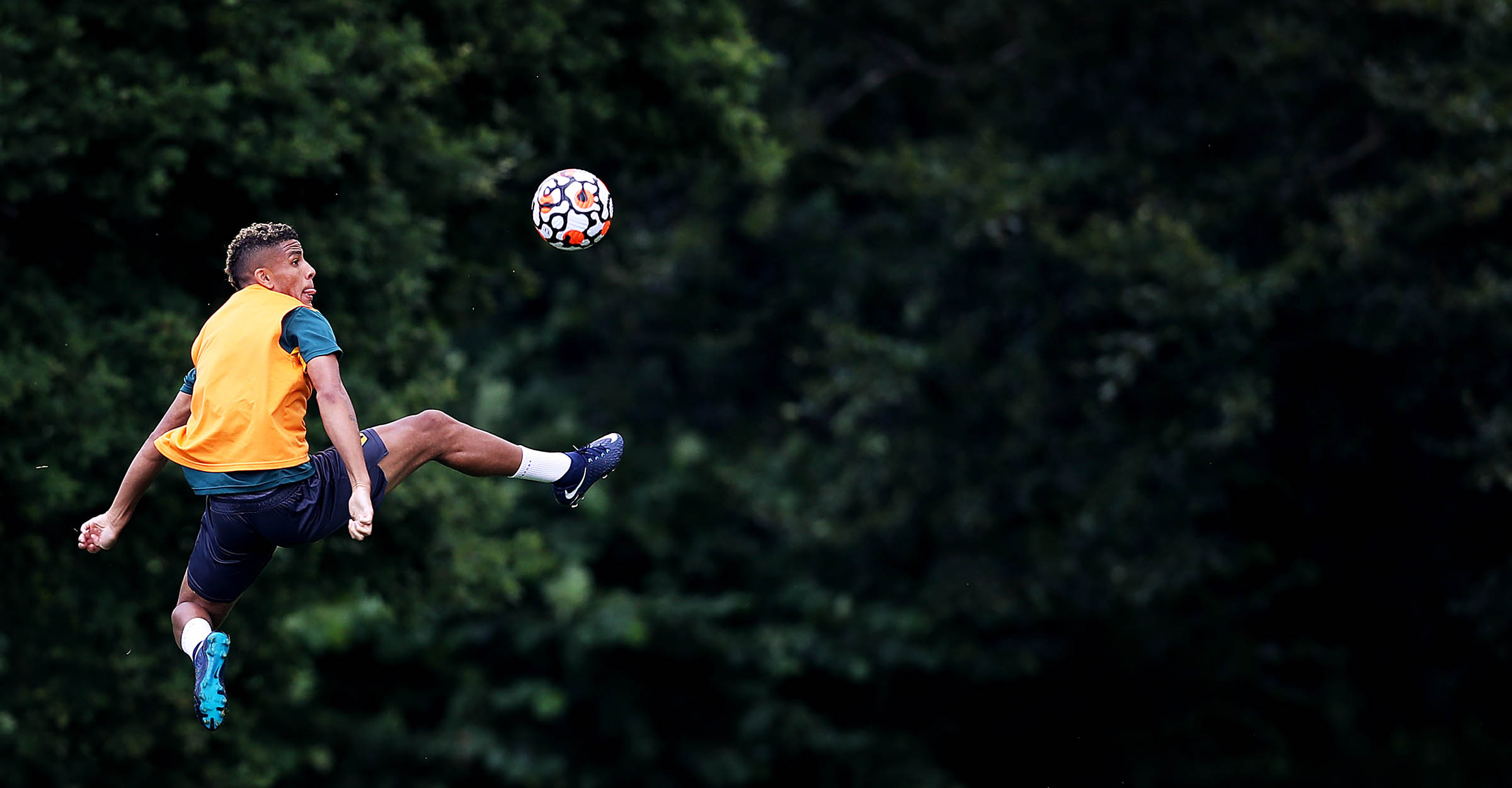 I just want to kick on and try and get as far as I can, as quickly as I can. You can never say what the future is going to be like, but all I can do is just keep working hard.

I would definitely like to win a trophy, and play in the Champions League, whoever that may be for, that’s my biggest dream.