The highly-rated shot stopper has impressed while playing for Steve Davis’ under-18s this season, having joined the club as a full-time first-year scholar in the summer.

Arinbjornsson was one of nine talented players inducted into the Academy in July, and has already featured regularly for the under-17s and under-18s so far in their U18 Premier League North campaign, playing between the sticks in the recent league victory over Middlesbrough.

After turning 17 at the end of November, Arinbjornsson, who was also in goal for the 5-1 win against Black Country rivals West Bromwich Albion in the U17 Premier League Cup, has signed professional terms with Wolves.

The under-18 head coach was pleased Wolves have tied down the promising goalkeeper’s future to the club. “Palmi’s done very well since he joined us,” Davis said.

“He’s a lovely kid and seems to have settled at the club now after finding it tough initially in pre-season, but he’s part of a tight-knit family at Wolves and all the lads were delighted for him to be awarded his first contract. 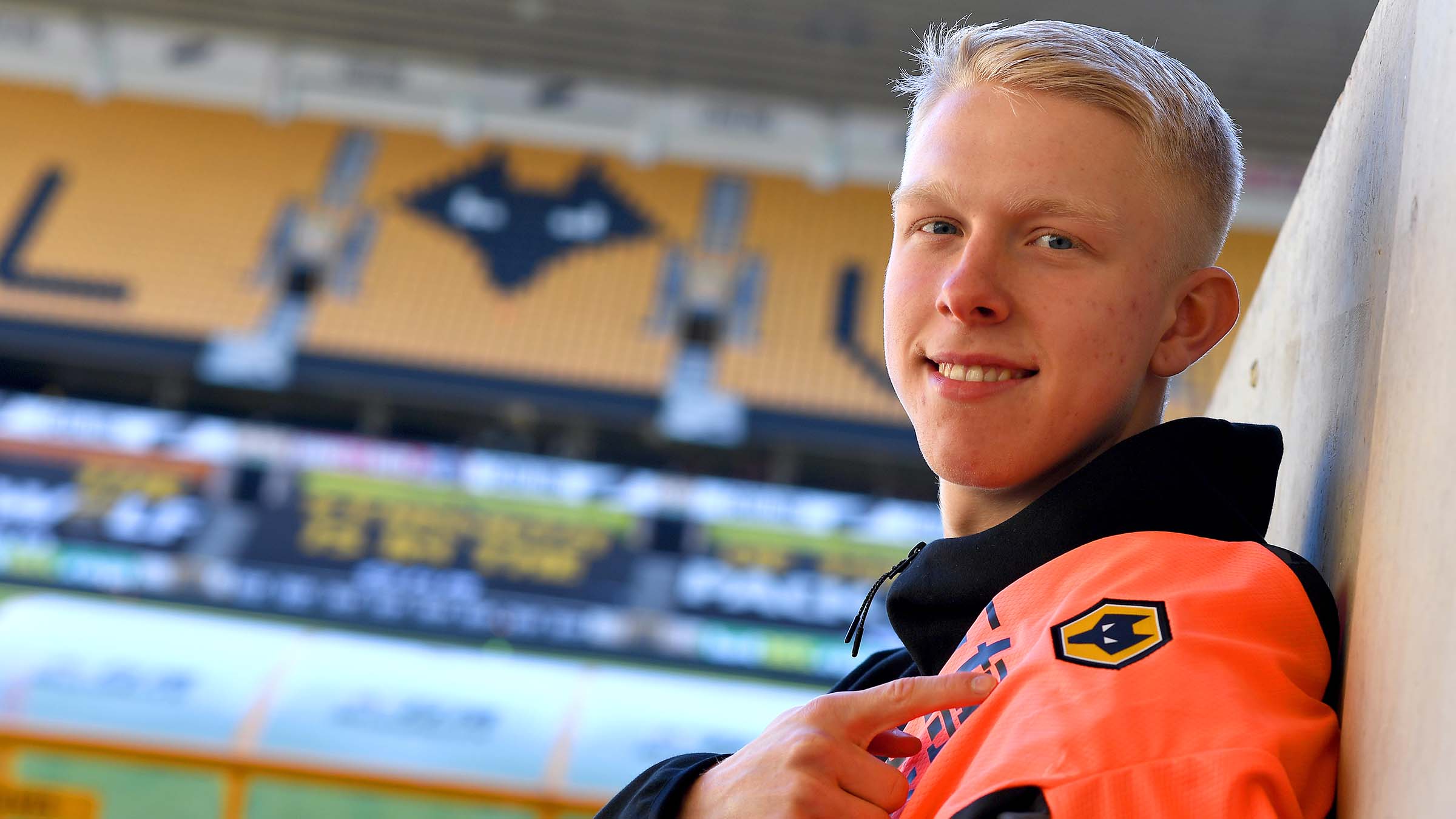 “As an Icelandic international, we knew he had pedigree, and although he’s had a few injury set-backs and a few knocks to the face – which is usual for a goalkeeper – he has come back stronger from that.

“He did really well at the beginning of the season and put in several good performances, but his injury allowed Joe O’Shaughnessy to come into the side. Since then, the two of them have had a good battle for their place in the team, pushing each other to become better.

“For the rest of the season, Palmi needs to push Joe a bit more to guarantee his place as the number one, but it’s been ideal competition for the goalkeeper spot, and you want them to have that competitive edge against each other when the players are developing.

“We’re pleased with the level Palmi is at, but now he’s got his new contract in place, hopefully his performances will continue to improve and he will keep pushing to become a better keeper.”