Wolves under-18s have been draw at home to Norwich City in the third round of the FA Youth Cup.

Having reached the last 16 of last season’s competition, Steve Davis’ young side will host the Canaries on a date yet to be decided.

With Wolves competing in the U18 Premier League North and Norwich in the equivalent southern division, the two sides have rarely met in recent years, but Davis is expecting a tough tie as both teams aim for a place in the last 32.

“I’m not sure we’ve played Norwich many times at under-18 level,” Davis said, “but they’ve got a very good record in the youth cup, so it’ll be a very tough game.

“I recall a conversation that Darren Ryan had with their staff at the end of last season, saying they were quite excited about their under-18 group this year, so they’re obviously going to be a decent side.

“I haven’t seen them play yet, but I’m going to watch their game against Brighton on Saturday and put a report together for our analysis, so we can prepare as well as we can to go up against them.”

Our under-18s are looking sharp! 👏

Highlights from their recent comeback win over Liverpool.

The under-18s have made an excellent start to the 2020/21 season, having lost just once in their previous six league matches, and Davis insists his players will be taking the FA Youth Cup as ‘seriously as we take every game’, adding: “This won’t be any different.

“It will be the same as any other league game or cup game that we play, and we won’t make a big thing of it and will approach it as just another game.

Last season, the under-18s played their home fixtures in the Youth Cup at Molineux, and the head coach is hoping his players will get the same opportunity against Norwich. 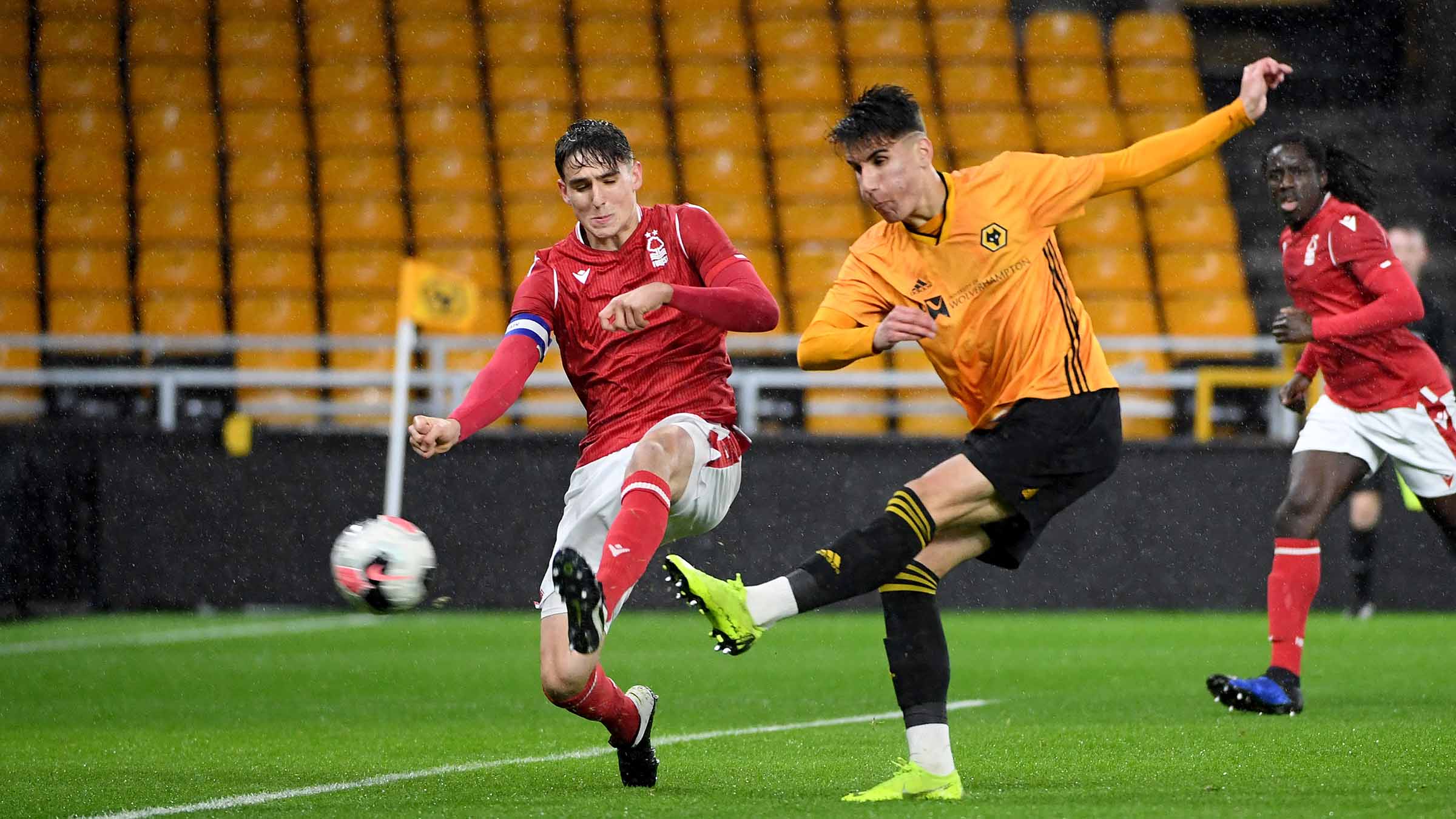 “Although we’re still awaiting a date for it to be confirmed, it is at home and we all hope to play at Molineux if that’s possible, because that’s always a great experience in this competition.

“It’s probably the only opportunity the players get to play at Molineux, so that would be great for them.

“They’re one-off games now, with no replays, and we did well in the competition last season and we’d like to go a bit further in it this time. If we prepare properly, it will give us a good chance of getting through, but Norwich will be doing their best to stop us progressing.”

The confirmed kick-off date and time of Wolves’ FA Youth Cup tie with Norwich will be announced in due course.