The highly-rated centre-back impressed while playing for Steve Davis’ under-18s at the end of last season, having arrived at the club earlier this year.

Hubner was one of nine players inducted into the Academy as a first-year scholar in the summer, and during pre-season, he trained with and played for the under-23s, scoring his first goal for Wolves in a friendly against Sheffield United at Lilleshall.

Now he has turned 17, Hubner, who played the full 90 minutes of the under-18’s first league match of the season against Manchester City last Saturday, has signed professional terms.

Head of Academy Scott Sellars was pleased to have tied down the promising defender at Wolves. “Justin has been with us for seven months now and he’s made a really good start to his career at the club,” Sellars said.

“He was a regular in the under-18s last season as a 16-year-old and has already played for the under-23s during this pre-season period, scoring a terrific header against Sheffield United. 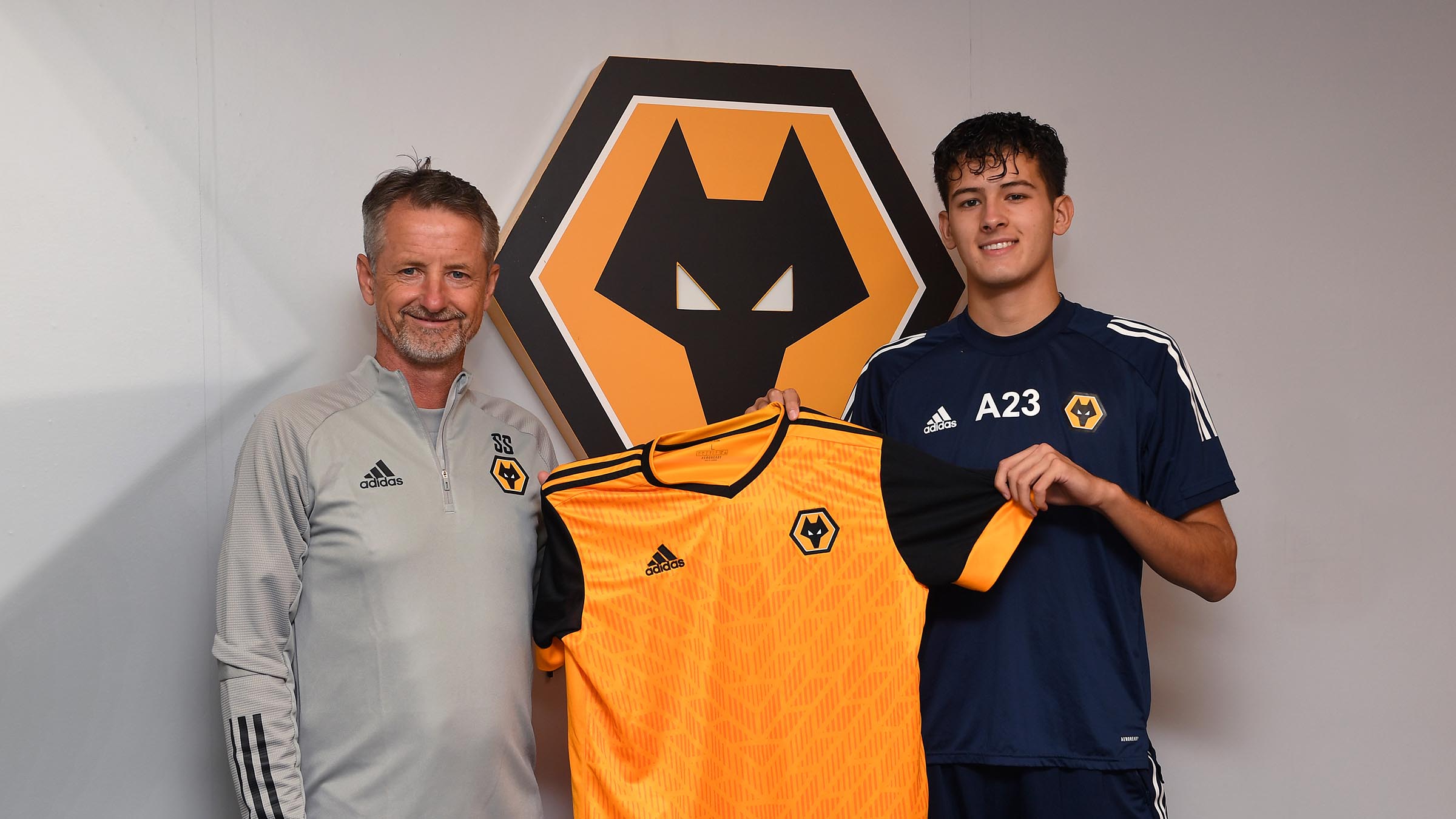 “We’re pleased with his progression, pleased with how he’s adapted to English football and he’s really settled in well to the club.

“The next step for Justin will be to challenge for a place in the under-23s. As an Academy, we like to progress boys through the age groups when we feel they’re ready and we believe he will be up for the challenge.

“We have some strong defenders in the under-23s at the moment, but four of our back five against Burnley on Saturday were 17, and he’s just turned 17. We expect him to use the next few months to settle in as a first-year scholar, play regular football for the under-18s and continue to progress quickly.”