After learning more about what the Wolves Academy staff have been doing during lockdown to keep their players in top shape for a return of on-pitch action, today we’re looking at their off-field development.

In the second of a two-part series on wolves.co.uk, we’re taking an in depth look behind the scenes at the Academy and how Wolves’ youth departments have continued to operate in unprecedented circumstances.

One of the most difficult challenges the Academy has faced during lockdown was not being able to keep in regular face-to-face contact with the players due to the Compton Park training ground being off-limits. But staff have been coming up with various ways to maintain the social and emotional wellbeing of the club’s young players.

The off-the-pitch aspect of Wolves Academy can be broken down into four sections; Social, Education, Player Care and Safeguarding.

Various activities have taken place to improve the players and staff’s social wellbeing during lockdown, including a signing event for the new intake of under-8s, who took part in a player Q&A with Conor Coady, where all signing players, their families and Academy staff were in attendance.

Marc McLaren, lead under-11 coach, explains: “Our age group coaches have hosted lots of activities such as weekly quizzes and challenges. We’ve used tools including Zoom, Kahoot and Skype with quiz questions supplied by coaches to keep players and coaches connected and ensure players still feel part of the Wolves family when at home and social distancing.

“One of the most important areas of lockdown for us has been to keep the players and their whole families engaged and connected.” While at the Academy, young players have to balance football with schoolwork, but head of education and welfare, Nick Loftus, has made sure plans were in hand to make sure the club’s youngsters didn’t fall behind during lockdown.

Academy apprentices continued to work on their BTEC units, while under-16s who will be joining the apprenticeship programme next season completed induction modules, alongside mini courses on safeguarding, anti-doping, prevent, health and safety.

Players in the Academy foundation phase have completed creative written work for the ‘Premier Leagues Young Writers’ competition, as well as being inspired by Author Dan Freedman who visited Compton before the lockdown to write stories on the theme of ‘Fearless’.

It’s not just the education of the players that is of importance to the Academy, but that of the staff, with many having up-skilled and attended online live courses. 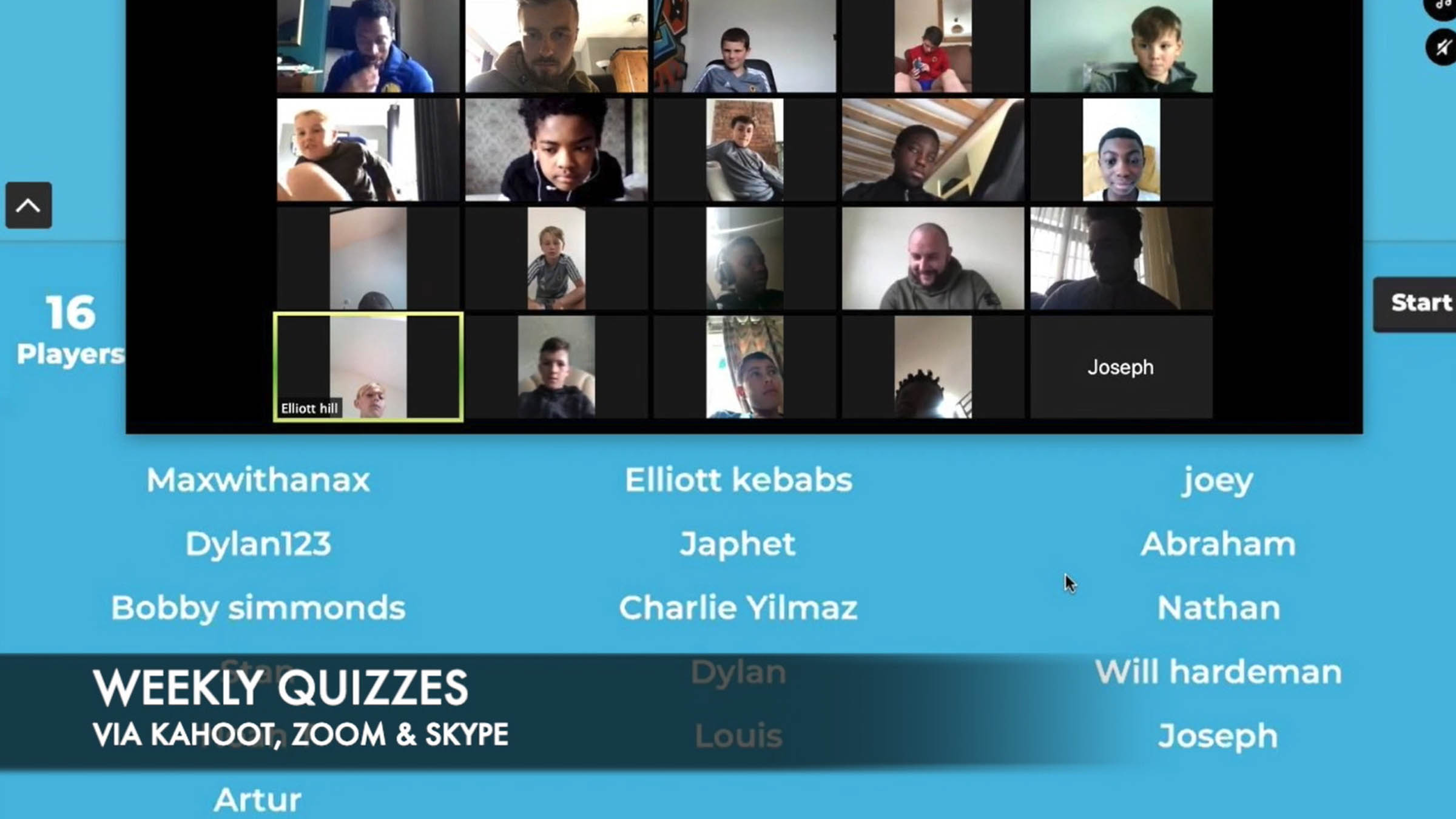 The personal wellbeing of the players is of utmost importance to the Academy’s head of player care Lisa Hollis. She explains: “As staff, we’ve been checking in with players and their families regularly. We’ve had families where the virus has been prevalent, so we’ve supported with everything they need to keep going through these difficult times.

“We’ve also supported players with their ongoing wellbeing, so when they’ve been struggling to just occupy their time during lockdown, we’ve given them suggestions about skills they could be learning, such as cooking, online yoga sessions or any kind of football support activity which they can relate to.

“We’ve also held quizzes and social sessions to maintain as much contact with the players as possible. We’ve also been able to support players from an education perspective. Where some schools might not have provided as much support as others, we’ve been able to step in and give the players that little bit extra to make sure they don’t feel they are behind when they go back to school.

“We’ve also got players who’ve moved countries, and as they begin to come back to the UK, some of them will have to quarantine for 14 days, so we’ve provided additional support when that has been needed.” 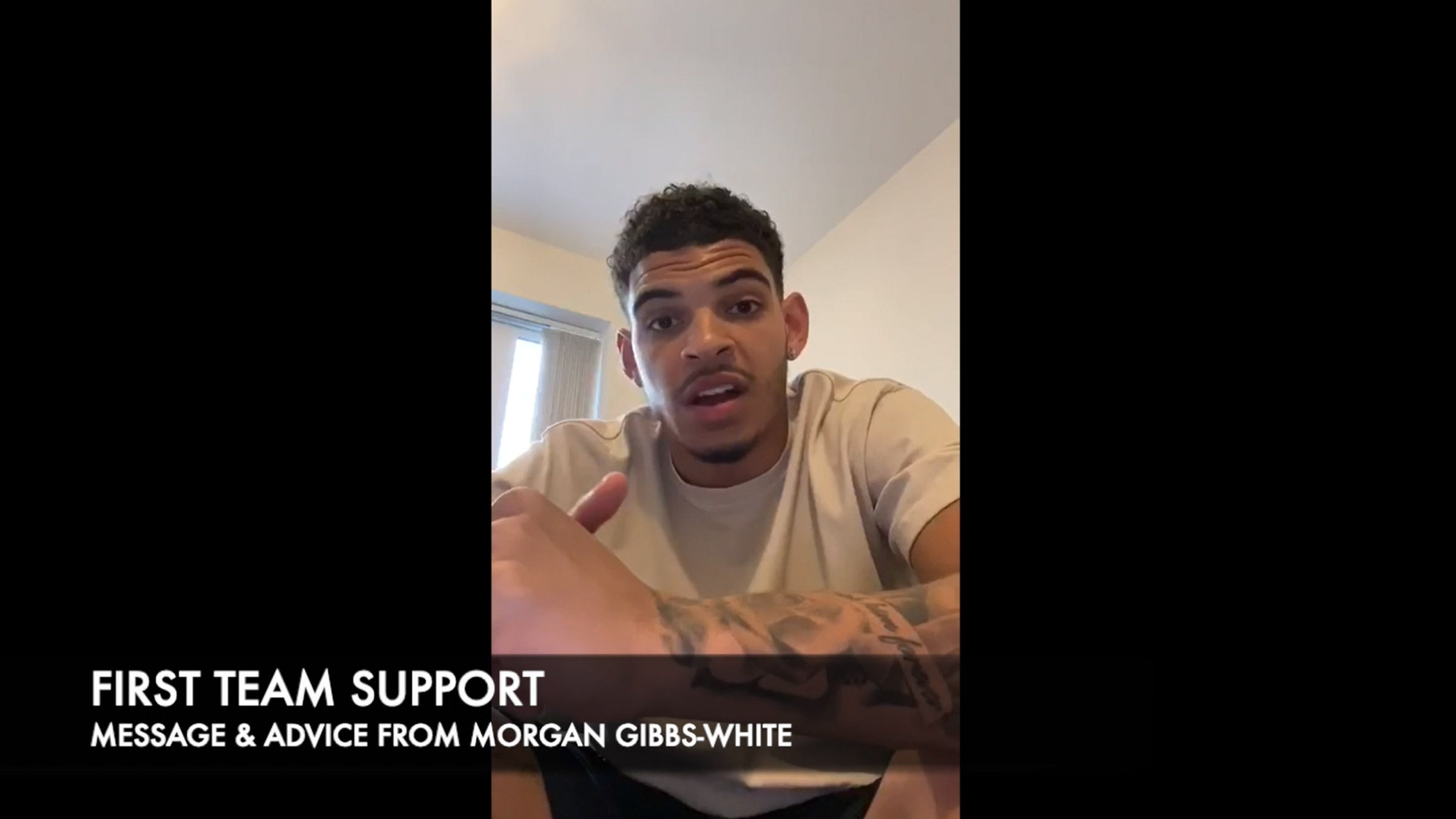 Throughout lockdown, the Academy has maintained its safeguarding standards but had to think about the situation and strengthen elements where necessary. New policies have made sure staff continue to operate safe and thoughtfully during this time – ensuring that Academy staff are confident to lead Zoom meetings safely.

Lisa Carter, head of safeguarding, explained that staff have undergone training to raise awareness of the implications of lockdown on children and young people, as well a directing emails and newsletters to parents to make sure they know how to ask for support and information, as well as ensuring their child is safe while spending more time online.

Parents were also offered the opportunity to attend the Academy’s parents voice group where they can raise the profile around safeguarding, while all Academy staff have been offered training on a range of safeguarding areas/topics.

But as well as providing the support for players, the Academy staff have also felt lockdown has strengthened their bond between the club and their players and families as staff have got to know players on a greater social level; getting to know them as people, rather than just as football players.

Lisa Hollis added: “We now have a really good understanding of all our players’ family set-up. “We know about the environment they are in and have strong relationships in place with parents. It’s not just support they need during the pandemic; we’ve also had families where there’s been other health issues that we’ve been able to support and provide guidance on.

“We’ve had lots of lovely comments come back from the families, and everything we’ve been doing as a club and as an Academy has helped maintain that feeling that we care, which is what sets us apart from other clubs, that we’re still there for them.

“Because we have so many players throughout all the age groups, it’s been a massive team effort and I think staff have seen the value of getting to know their players on a personal level, which I think is vitally important.”