There are not many coaches at Wolves Academy who know what it takes to make it as a first-team player at the club more than under-18 manager Darren Ryan.

The former midfielder has worked across the age-ranges during his time with the Academy, starting out as a part-time coach with the under-12s where he worked with Morgan Gibbs-White, and is now in charge of developing some of the oldest members of the Academy group, while maintaining the impressive player pathway which has been established as Compton.

“Each day we have a staff meeting first thing where we decided who’s fit for training and who isn’t,” Darren said. “We also plan our training sessions for the week, with Monday being an ‘in-possession’ day, Tuesday is an ‘out-possession’ day, and then later in the week we’re looking towards the game on Saturday.

“This would be based on the opposition we are playing against and would be more tactical-based sessions. This is all part of our Academy philosophy.

“If the under-23s are in, they may take some of our players because Rob might lose some of his to the first-team, so we all work closely. If our lads do go to the 23s it will give them a good challenge. On Mondays we also have some of the schoolboys in from the under-16s and integrate with them through training.

“As well as the daily training sessions, the players also have their education sessions in the afternoon, because learning is a large part of their Academy upbringing.

“During the week we challenge the players and check their learning ahead of going into the game on Saturday. While part of our post-match analysis is also checking that the players have taken the things that we worked on during the previous week into the game.

“These analysis sessions are delivered by myself, Steve [Davis, professional phase coach] or Tom [Hocking, U18 performance analyst], where we focus on how the opposition play, how can we hurt them and how we want to press against them.

“From this the players can show their learning because we usually split them into groups and they present to us pre-match and post-match, with our support, as this will make them better decision makers and better all-round players.

“Learning is the most important part of a players’ development, especially at under-18 level, so it’s vital that we check their learning in the analyst sessions.”

With the playing squads of the teams playing in under-18 football ever-changing, this makes analysing the opposition more difficult for Darren, as it is almost impossible to guess what side his players are going to be facing come Saturday.

Darren said: “You can’t really plan in advance of the game much more than the days leading up to the game as each team is the same as ours – my team has probably changed every week.

“That’s the same across the league apart from the top four or five teams who you can tell have a set team week-in, week-out across the season. Other sides, depending on club philosophy, will be similar to ours where they lose players up to the under-23s and sometimes even the first-team.

“As we’ve got to the end of this season, this is one of the areas which we have identified that needs to improve ahead of next year’s programme. We’re hoping to look at the opposition more in depth “for three games back because they do change quite regularly, so it would greatly help our preparation.” 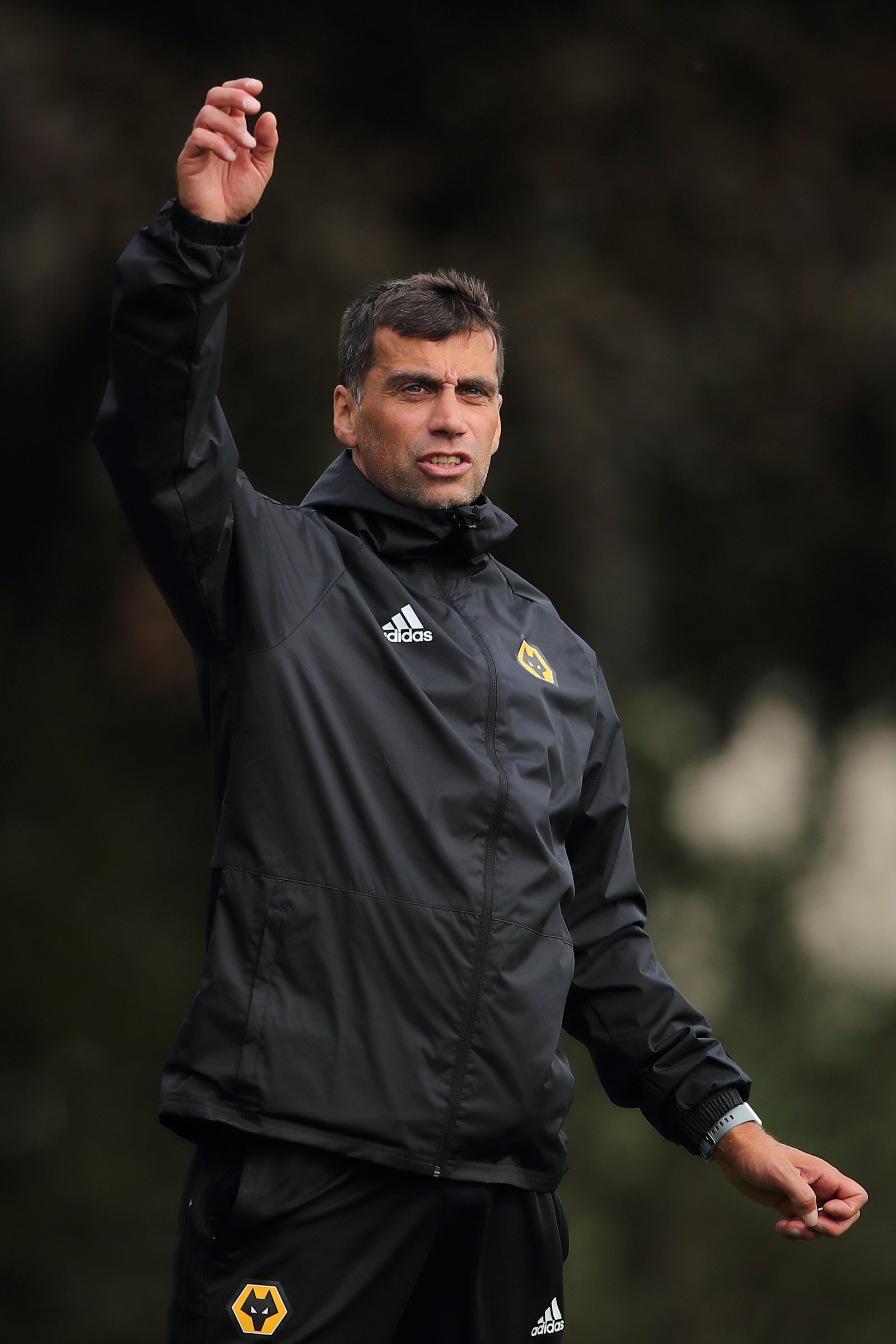 Darren has to work closely with his fellow staff members and players across the age-ranges due to the fluid nature of the Wolves Academy player pathway which has been implemented at Compton which has seen players move up and down the age categories, depending on what each group requires.

He explained: “How it works at Wolves is good, but you now have to look at the players individually rather than as a collective. Some players might need more gym work, others might need to work on their physicality, their strength and conditioning or their agility more, and we try to give the players as much support as we can.

“We have enough support staff now that we can go out and work on things we feel the players specifically need as individuals; technically, tactically, physically and socially.

“Our programme doesn’t just focus on the football side of things but something that tackles everything to help their development as people as well as footballers.

“Sometimes you have to prioritise certain players because they could have a chance at progressing. You have to get the individual working because they have the potential to have a career in our first-team, or elsewhere.

“I enjoy working one-on-one with players, but we have specialised coaches here; Darius Vassell is our forwards coach, Steve’s background is as a centre-back so he works closely with the defenders, mine is more as a midfielder or a wide player, so we’ve got that expertise throughout the Academy.”

During his six years at Wolves, Darren has worked across the age-ranges, starting with the under-12s before moving through to the under-18s, and knows exactly how a player can also make the same progression before becoming a first-team starter.

“I remember working with Morgan from under-12s all the way up, and he played in a number of positions when I was coaching him,” Darren added. “You worked on different aspects with him, not just in group situations, but one-on-one to try to get the best out of him because you knew he had potential.

“At our level, it’s not all about results. Obviously, you want to win, but what’s more important is the development of the players. That’s the same with the under-23s, although they have done brilliantly this season, winning the league while also having lads make their first-team debuts.

“The pleasing thing for me is also seeing players from the under-18s, such as Terry Taylor, going with the first-team to their training camp in Spain, and the feedback we received from Nuno and Rui [Pedro Silva] was really positive.

“That shows the player pathway we have at Wolves, with all of the sides playing in the same way as the first-team, is working. It also makes my job easier because if I take a player from the under-16s they know exactly what they have to do.

“It’s the same if one of my players goes up to the under-23s, they know how Rob [Edwards] wants to 23s to play, and the same with the 23s going into the first-team; there’s the same identity right the way through, which is massively beneficial for all of us.”